A statement issued by the Ebonyi State Police Command yesterday, February, 28 said that it intercepted a man accompanying 13 underage children.

“On 26/01/2016 at about 1600hrs, acting on a tip-off, one Emmanuel Okuegu and Andrew Okperegede were intercepted accompanying 13 underage children in a bus to an unknown destination. The suspects were arrested and they confessed that they were taking the boys to Port Harcourt for hawking. The suspects also claim the act was done with the consent of their parents/guardians”

See Photo of the suspected child trafficker below… 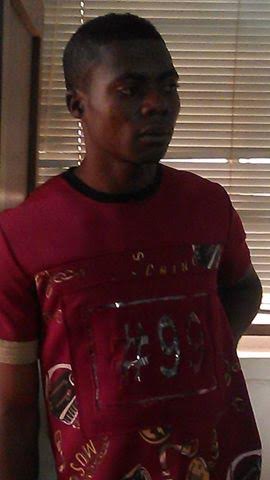 Many women will know the anxiety of preparing to bring…