According to him, it is very important not to judge a book by its cover, emphasizing that the face you see outside does not determine the person inside. 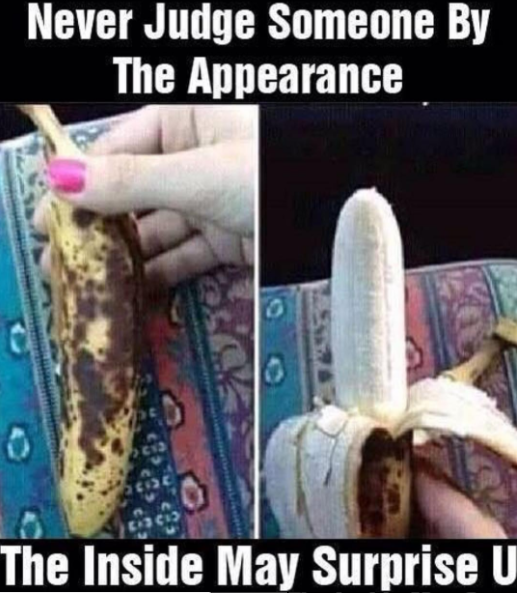 “This is why the face you see does not determine the person inside. People may appear cool on the outside but combustible on the inside. This lady was woken up at 5:30am by the maigaurd, just to inform her of a flat tyre. She got him to change the spare and with her fresh from sleep face, she drove to the Vulcanizer on the next street. She dropped the tyre off to be fixed and told him it will be picked up at 7:30am on her way to work. She went back home and got ready for work. On her way, looking all made up and dressed up, she stopped by the Vulcanizer. “morning baba, Is the tyre ready?” she asked. “Yes my daughter. Your mother brought it in the morning…” let us try not to judge a book by its cover. This was exactly why most parents refused their kids from reading #jameshardleychase novels back in the days. Until, 1975 when I secretly read #onebrightsummermorning, and told the story to my Dad. And he was thrilled by the story. He actually bought me several but used to make me read chapters to him in the evenings when he was reclined in his easy chair. However, I was only allowed to read the series if the front cover was covered. Now you know why most of my #jameshardleychase novels from way back had no covers. Back to people who are beautiful inside… one day we came back from Abuja on a flight with this man that inundated us with my wife this my wife that… my wife… my wife… my wife… This was all in a space of a 3 hour cancelled flight. So we were sooooo looking forward to meeting the wife. Oh boy! She no fine. But guess what? She had the most beautiful soul. She brought him Smoothie to drink on arrival and carried his bag. One of our guys whose wife will give Juliet Ibrahim a run for her beauty, left him a text. “I have been waiting for over 30 minutes. I have things to do. Take a cab” and left. We both read the text and swallowed the lessons. Some people will claim to be Christians, yet you will get help from a Muslim after the CHRISTIAN turns you down. Tall, broad shoulders, handsome, GQ look and spreee spreee will not stop some men from beating the crap out of you. Be guided.”

Continue reading...
3 Discussions on
““People may appear cool on the outside but combustible on the inside” – Ali Baba Shares Valuable Advice on Relationships”