Watching the docuseries which provides its viewers with an appalling glimpse into the unspeakable harm the singer inflicted upon dozens—if not hundreds—of black women, got the mom-of-1 thinking.

Reacting after seeing the documentary, Sophia took to Snapchat and wrote:

“I watched surviving R Kelly, if you think I’m overly protective of my girl child, I’ve got news for you.. it just trippled!!” 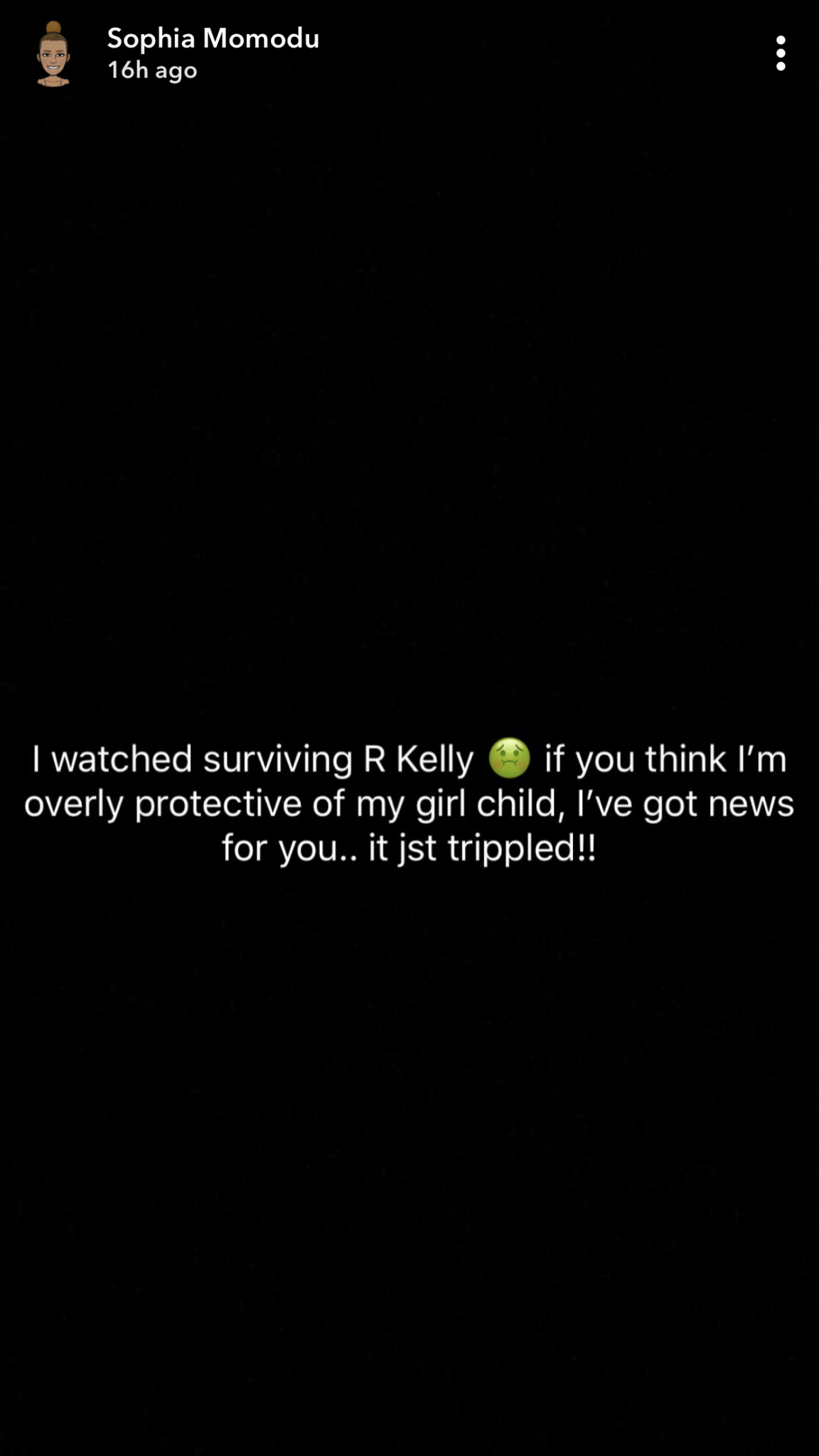