Recall the story of the heartbroken Nigerian dad from Okrika, in Rivers State, Agoboye Monday Francis, who was pushed to his wits end because he was unable to fund the surgery of his ailing child, Benaiah Monday? (Read Here)

Well, the sad news is that Benaiah is dead. 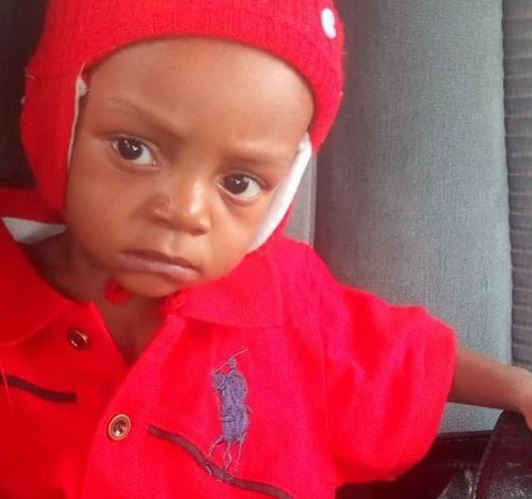 “Rest on Benaiah, you fought a good fight….”

If you can recollect, 48-hours after the unusual video went viral, kindhearted Nigerians donated N70 million for Benaiah’s surgery and it took Monday’s reaching out to stop the donations.

However, a few days after the massive donations, a charity organization, KBK Foundations, had raised an alarm that Monday had severed all communications with them. They went on to foretell that if anything goes wrong with little Benaiah, his father would be held liable by the several donors but swiftly, Daddy Freeze had shared a video of his conversation with Monday to debunk the rumours. (Read here)

While his ordeal was on, the distressed dad had recounted how his efforts to gain access to his state governor, Nyesom Wike was defeated. He had told ThePunch’ Chukwudi Akasike:

READ ALSO: See How Boy Raised $14,000 For His Own Adoption After His Mum Dumped Him

“I sat there for close to two hours and when the security men saw that people were coming there to ask me questions about my baby’s situation and were snapping and videoing me (and I think then the governor wanted to go out for a campaign); the security operatives came where I was and dragged me into a Hilux pick-up truck, about 10 of them, beat me up, dragged my child and nearly broke his arm. They carried me inside the vehicle and continued beating me.”

It’s so sad to hear Benaiah did not live after all. May his soul rest in peace and may his parents be comforted. Some mothers share with PUNCH, their heart-rending journey laced with…

A consultant Cardiologist has stated that babies born by diabetic…