Text Messages Between A Twitter User, Michael, And His Ex-Girlfriend Is Hilarious A Nigerian woman has called off her one year plus relationship with boyfriend, Michael for allegedly failing to publicly celebrate her as his girlfriend on Valentine’s day but rather celebrated his mum.

In this thread, a day after Valentine’s day, the woman bares her mind and asks her boyfriend whom she has been in a relationship for over a year for a breakup, stating that it’s the little things that count to her.

READ ALSO: Billionaire Daughter DJ Cuppy Reveals the Kind of Man She Wants to Date After Break up With Ex

Through their back and forth accusation and counter-accusation as revealed by their screen grabbed conversation released on Twitter by the guy, it could be deduced that the woman called off their relationship a day after the guy gifted her an iPhone and they spent some good time together.

READ ALSO: Is Beverly Osu Going Through A Bad Break Up? See Melancholic Heartbreak Tweets By The BBA Star

“All girls are scum. ere comes yesterday report after getting her an iPhone. Do I really deserve this God!!” 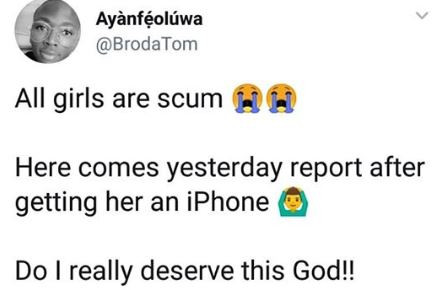 See the screen shots below: 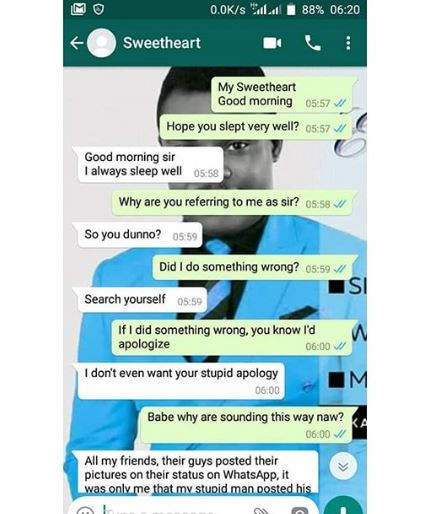 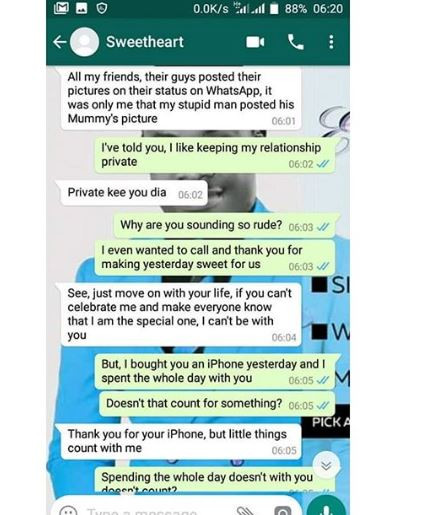 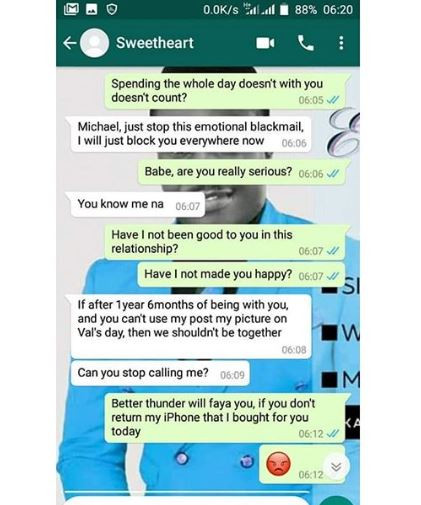 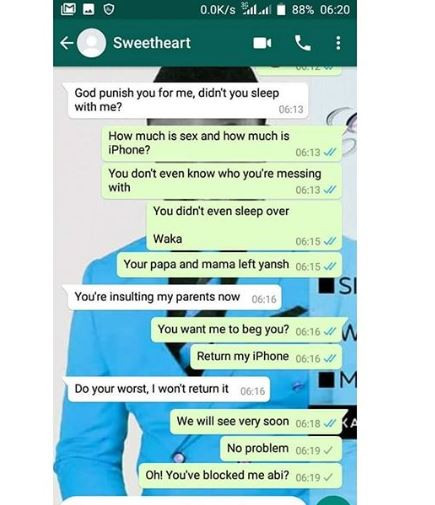 READ ALSO: John Legend Reveals Chrissy Teigen&#8217;s Response When He Tried to Break up with Her A Twitter user, @karumazondo_t has left other users on the…