Is there a decent way for an employee to address his/her employer? And who decides what is decent in such situation, the employee or the employer?

Big Brother Naija Ex-housemate, Iheme Faith Uloma, popularly known as Ifu Ennada has taken to her Instastory to share a not so hilarious story of how a male house keeper she hired kept referring to her as “Dear.”

READ ALSO: See How Toke Makinwa Rewarded Her Domestic Staff For Being Loyal and Diligent

According to the reality star, she had instructed her male housekeeper to carry out an errand and he responded to her using an endearing word. Not certain she heard him well, the beauty entrepreneur queried if he just called her, “Dear” and the employee responded, “Yes dear.”

The award winning actress who won the AMAA award for Best Young and Promising Actor in the movie O-Town, instantly called him to order saying, “Don’t call me ‘dear’. I am your employer.”

See their conversation below:

READ ALSO: Mo Abudu Specially Celebrates Her Loyal Driver of 20 Years: ‘He is my family’

“So This Just Happened … Between Me And My Male Housekeeper

Me: Don’t fold the Duvet in, leave it on top of the bed.

Me: Did you just call me “dear”

Me: Don’t call me dear, I am your employer.” 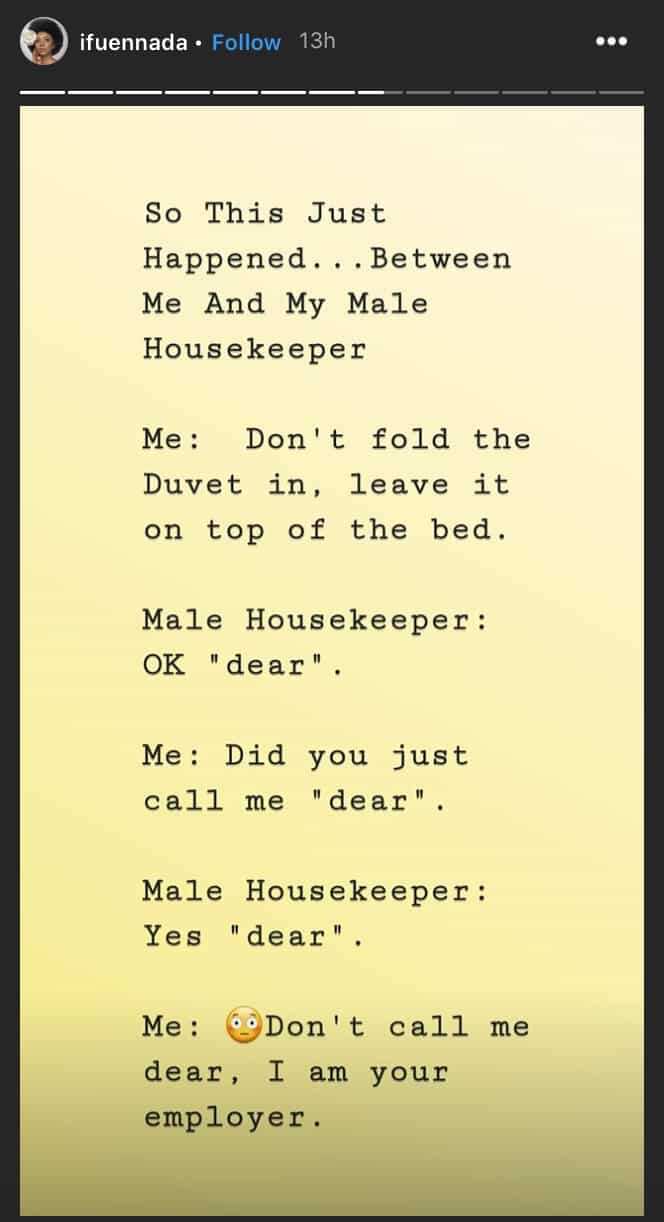 READ ALSO: OMG! See The Unbelievable Reason An Employer Refused To Give This Female Corper A Chance