The critical reason for which the marriage between Maureen Esisi, and  her estranged husband, actor, Blossom Chukwujekwu packed up remains vague but both parties have at one time or another shared cryptic posts on social media that left their fans guessing every turn. This time, another cryptic post has just been shared by Maureen where she talks about how men and women fail to come clean about who they are and what demons they are battling.

Maureen shared the post via her Instastories, highlighting that relationships will continue to suffer in the absence of honest communicatation.

READ ALSO: “The biggest lesson I’ve learnt this year is not to force anything” – Blossom Chukwujekwu’s Estranged Wife, Maureen Says As She Tackles Troll On Missing Him

In her post, Maureen who was married to Blossom for three years, said the worst thing that can happen in a relationship is listening to what your partner has been through in the past and putting them through it again.

“Until men and women start having honest conversations about who they truly are, what demons they battle, where they lack and what they truly want.. love will continue to be a temporary emotion…Honesty and Communication are key stop being afraid to speak on where you are.” 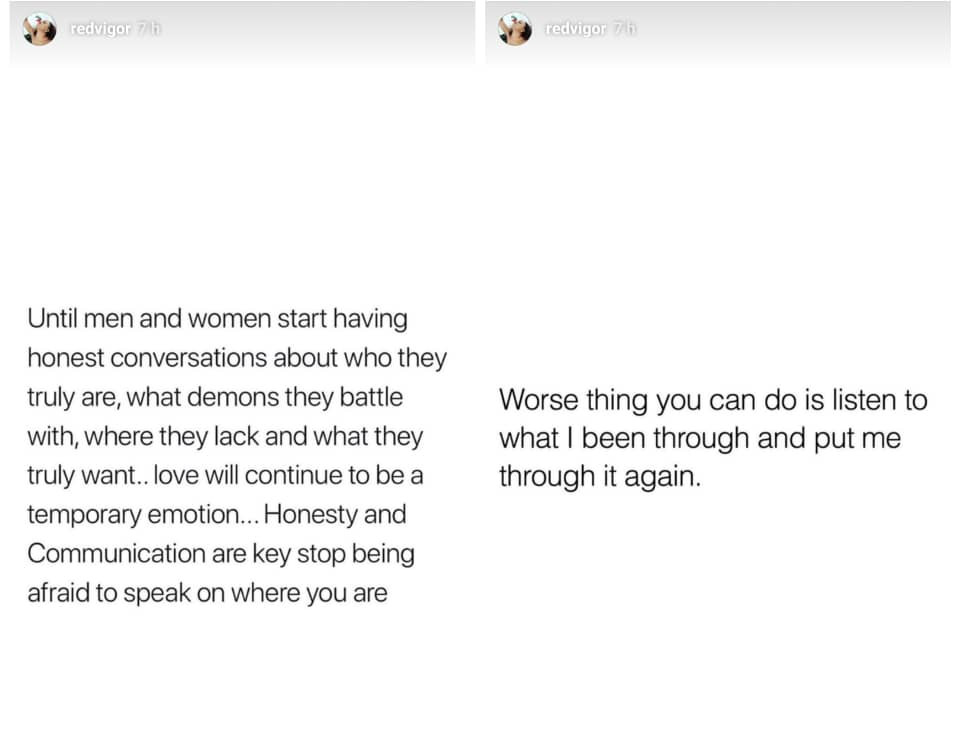