A Nigerian  woman in her sixties got Nigerians on social media cheering for her after her peculiar love story was shared by media personality, Nneka Isaac. Nneka who is the director of the famous cultural TV show, Goge Africa shared that the new bride is her aunt-in-law and that she got married for the first time ever on Saturday, January 25, in Anambra state.

The bride said to be fondly called Aunt Nwatoka, married a widower identified as Mr. Okeke; a Lagos-based businessman, while Nwatoka reportedly  lives and works in Anambra state. 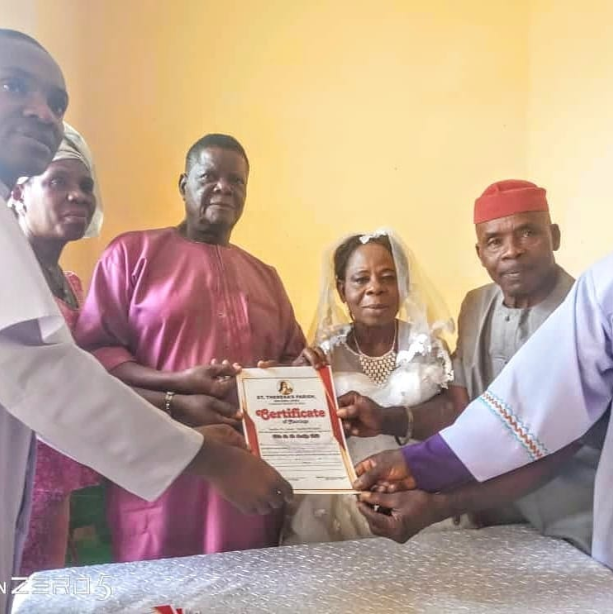 READ ALSO:Former Head Of State, Ibrahim Babangida Shares On His Life As A Widower & Why He Is Still Keen On Finding Love At 78

Nwatoka’s story is proof that God never forgets and that He is merciful; Nneka said in her Facebook post that has now gone viral.

Read what Nneka wrote about the marriage:

”She’s in her 60’s and got married just yesterday for the very first time! Yes!! Isaac and I had to dash back to the village in Anambra state to witness the most beautiful wedding of this century! Aunt Nwatoka had never been married all her life.

She’s Isaac’s aunt from his father’s side and one of the best aunt in-law you can wish for. She took excellent care of my husband’s grandma until she passed in her 90’s.

She was always there for the whole family each time we came home for Christmas or … I was personally surprised but pleasantly so when a handsome Enugukwu man Mr. Okeke decided to take her hand in marriage, Aunt Nwatoka as she’s fondly called was literarily swept off her feet.

And just yesterday he wedded her at St. Theresa’s Catholic Church in Enugukwu, Anambra State. Mr. Okeke is a Lagos businessman while his new bride works in Anambra. Having found happiness, the groom who lost his first wife many years ago is giving himself another chance ?

And who would have thought that our dear Aunt Augustina Nwatoka at her age will ever be married! God is awesome. God is merciful. He never gives up on His children so, be positive as this year will not pass you by IJN” 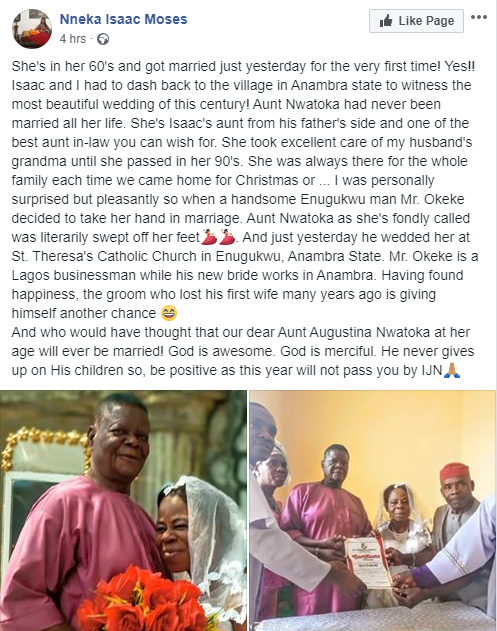 See more photos of the couple: 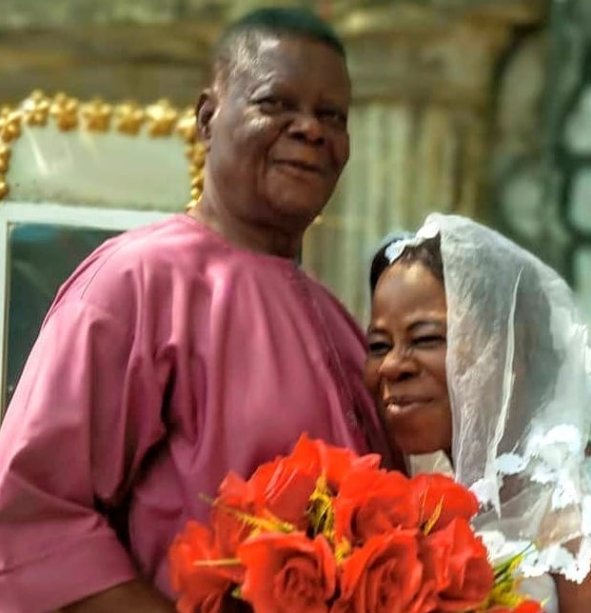 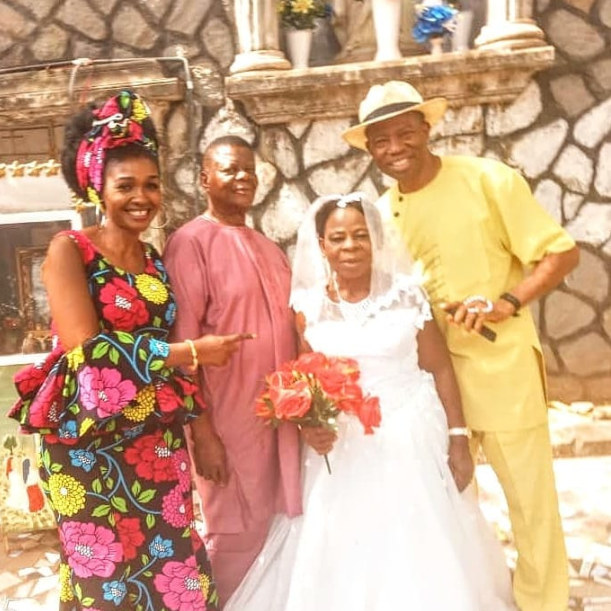