Four years ago, January 30, 2016, Danish aid worker Anja Ringgren Lovén was photographed giving water to a severely emaciated 2-year-old boy, who she rescued after he was branded a witch by his family and left to starve to death in Akwa Ibom.

The child wandered the streets for months when Anja got a phone call and immediately led a rescue team including her husband, David Emmanuel Umem, to bring the child to the Children’s Education and Development Foundation (ACAEDF) aka “Land of Hope” named after the boy. 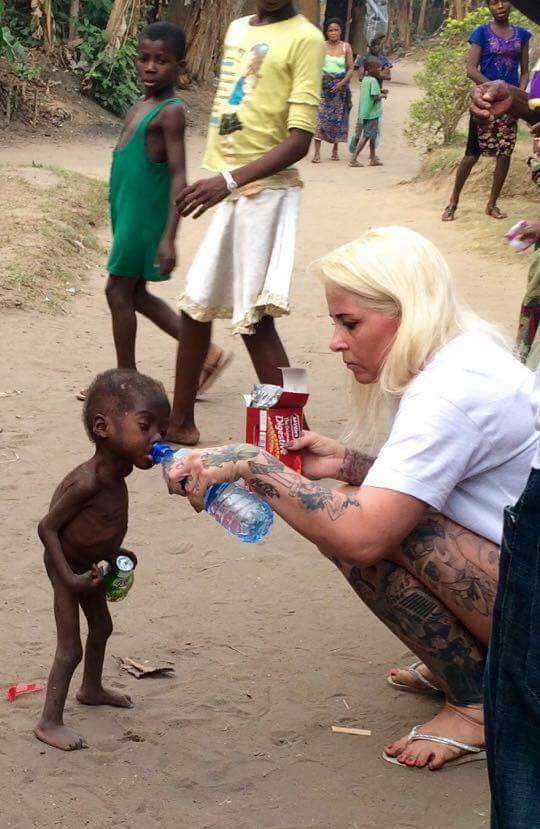 On Thursday, January 30, 2020, Anja posted new photos of Hope to mark the anniversary. She described Hope as a “very strong, intelligent, funny and beautiful young boy who despite all odds, survived” and despite his young age, knows that hate is to great a burden to bear. 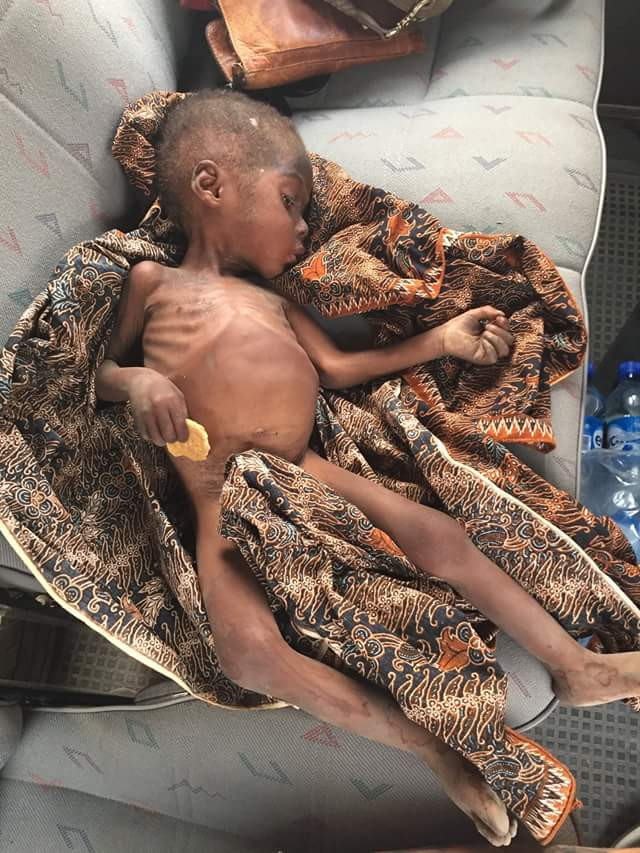 “Today is the 30 of January 2020, and today is exactly 4 years ago we rescued Hope. I think most people in the world has seen or heard about the famous picture of Hope and I, where I kneel down in front of his starving malnourished body to give him water.

A very strong, intelligent, funny and beautiful young boy who despite all odds, survived !
Hope has seen the famous picture of him and I many times. He will point at himself to say that it’s him on the picture, and then he will smile, as if he was proud. But I know it’s not about pride.

Do we raise Hope to hate his parents that abandoned him, accused him of being a witch and left him alone on the street to die ? No, ofcourse not.

Superstition is caused by lack of structural education, extreme poverty, religious fanaticism and corruption. No society can develop if it’s people are deprived basic human rights such as access to education, health care and social protection.
Education is the most powerful investment in a society and the greatest weapon against ignorance.

Like all our 74 children, Hope goes to school every day. School is the foremost fountain of knowledge children can be exposed to.
Despite his young age, and after 4 years in our care, Hope knows that hate is to great a burden to bear.

All we need is love
As I have said many times before, Hope was not rescued by only me. Hope was rescued by David Emmanuel Umem , Nsidibe Orok and I, and for 4 years now he has been loved, protected and cared for by all our staff and children at Land of Hope.
Look at my Hopiiiiii Is he not just the most handsome boy in the world ?

I also wanted a picture of him with Orok and David together, but David was busy ( probably sitting under a tree, drinking palm wine and discussing politics with the village men ) noooooo ofcourse not.

David is working on a project he will soon reveal
But our Director of Child Development, all the children’s, including Hope’s, favorite human being in the entire world, Orok was ready to make styles with Hope on this very special day

We love you Hopiiii ! Go conquer the world”

See new photos of Hope below: 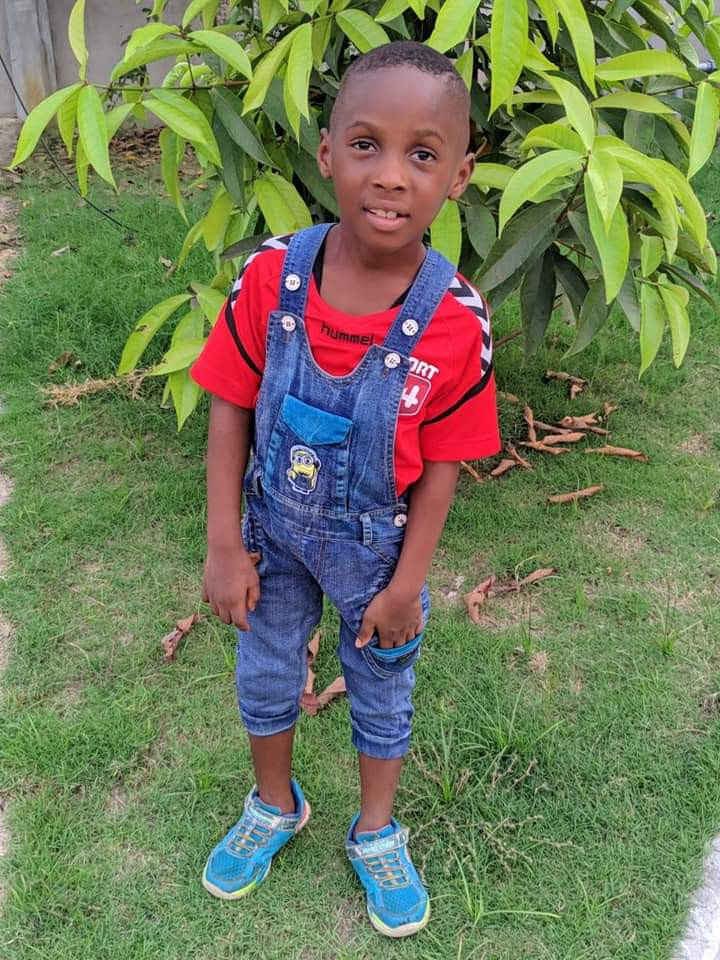 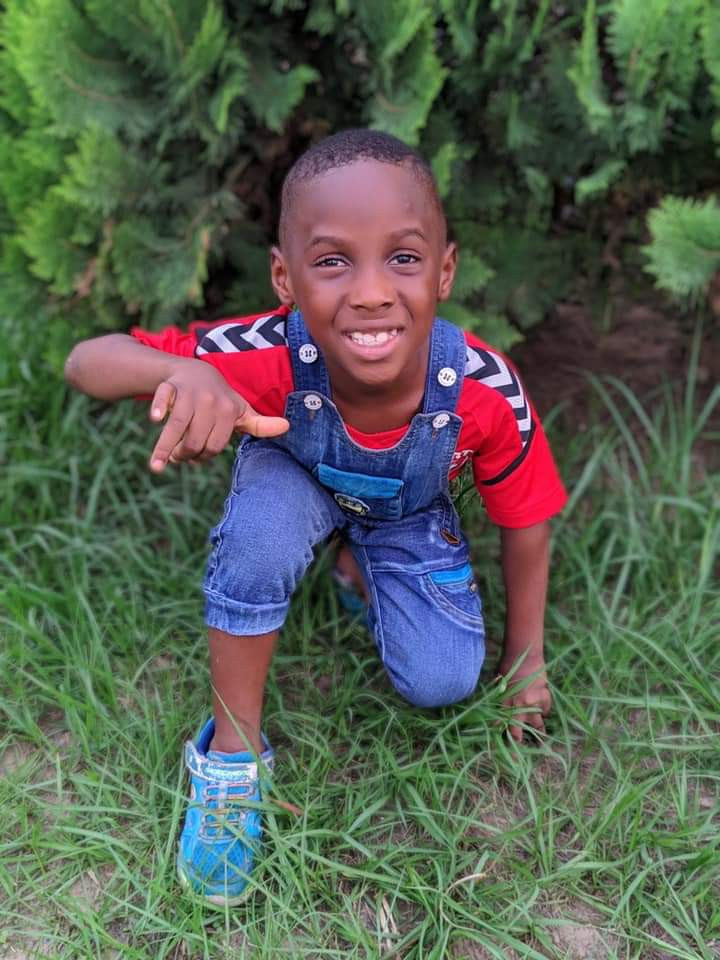 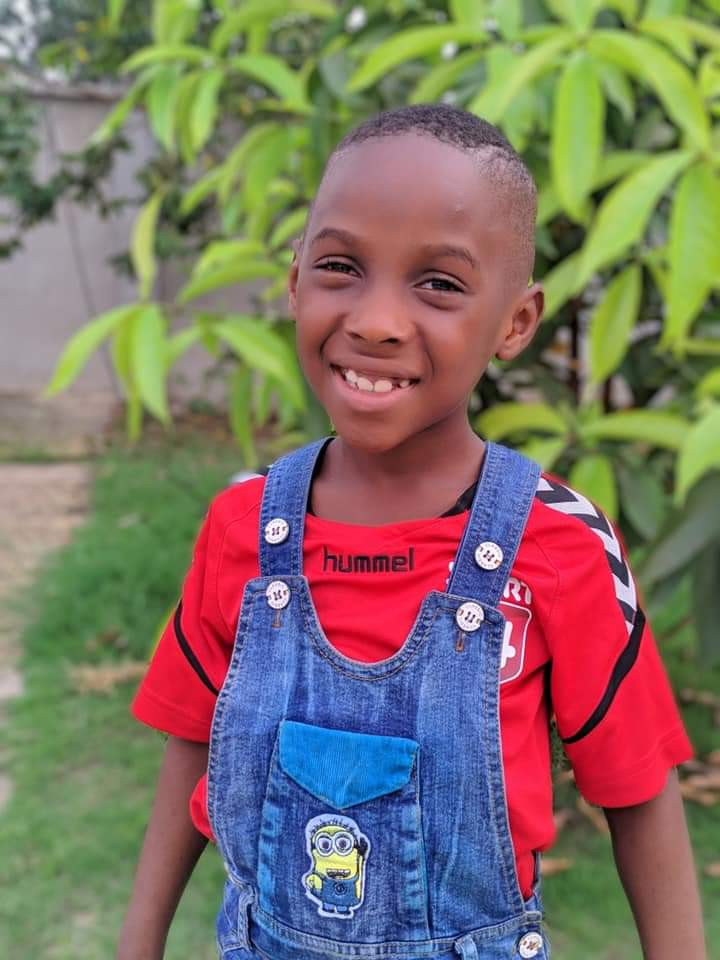 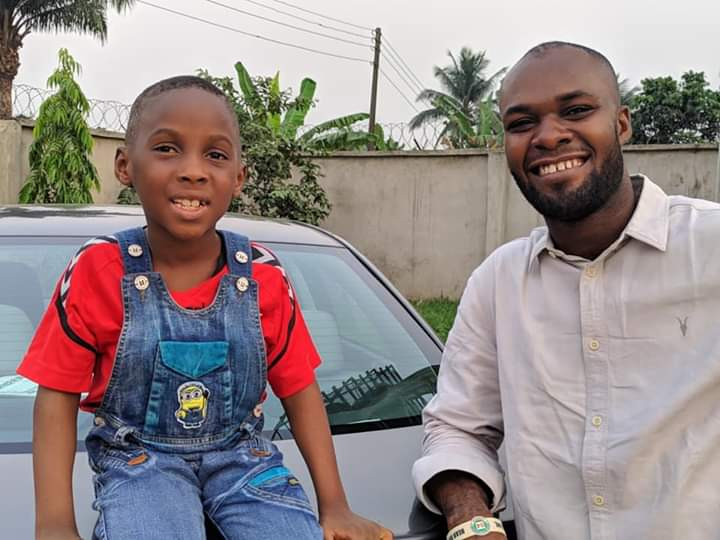 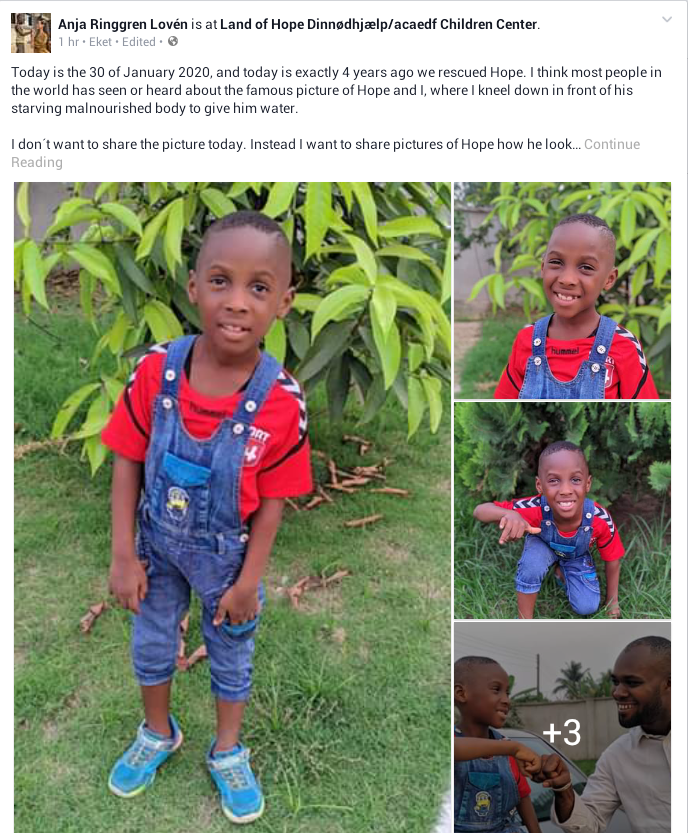