A Nigerian mum, Farida Kabir took to Twitter to narrate how her son reacted when he got less than an average score on the English homework she helped him with. Taking to her Twitter handle, @reedahkh, the mum said she somehow figured her son had been hiding his homework from her and when she found out why, it was hilarious to say the least.

@reedahkh said her son got 2 over 5 in the homework she helped him with, and thereafter, took the initiative to dissuade her from helping him any further.

“I told him during my time that was the correct answer.”

She said her son now prefers to receive help from his aunt than from her, the mother.

“He kept insisting that my junior sister will teach him English and I can teach him math. I didn’t know the boy was being savage. Yesterday when I picked him from school, he said to me:

See screenshots of the hilarious posts: 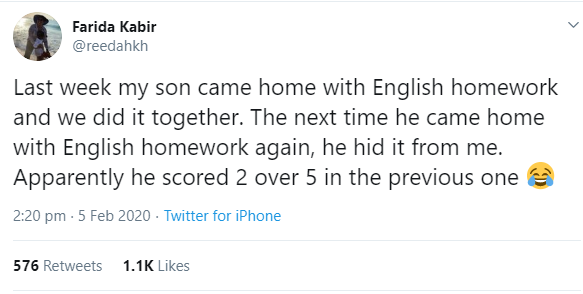 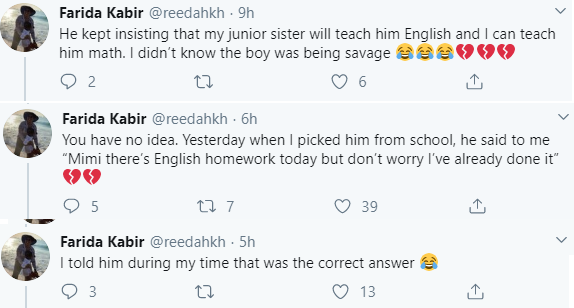 Numerous studies have shown that money is the No. 1…