Beat FM OAP, Osi Suave took to his Twitter handle to warn intending couples of how much of a pointer manipulative behaviour in a person is towards eventual domestic violence.

Making an example of his friend’s marriage, he shared the story of how his friend who was married for just a few years, was ”rescued” from a wife who physically and mentally abused him repeatedly.

He recounted how his friend who was once a jovial person before marriage, became reclusive shortly after he got married.

Took a while but finally have approval from my boy to tweet this.
Manipulative people are sociopaths stay away from them.
I grew up with this kid, and we used to ride bikes around Thompson avenue and went to vacation bible school at ikoyi Baptist church for years

Was the life of the party and the happiest person I knew. Went to college in America and we somehow found a way to always catch up.

3 years ago he married what I thought was the most amazing person. And the wedding was all shades of romantic and fun.

Then before the first year anniversary of the marriage we noticed he started being distant, he exited all the group chats and blocked all of us on all social media platforms.

Very out of character for him and the rest of the guys took it P.
But I was worried

I’d run into him at the mall or sometimes at church.

I particularly noticed he would have scratch marks on his hands and neck.
He would say it was their dog

Asked him why he blocked us on social media. He said he was trying to take a break.

Then I stopped seeing him all together. Like he was deliberately avoiding me and anyone that knew him from way back.

His fam lived abroad. So it was literally just him.

Then one day he came to mine at 2am. I was having one of my sleepless nights. As the security mentioned I had a visitor

I even thought it was a babe sef lol

My boy was skinny and had scabies. I knew scabies when I saw it cos I went to boarding school

So avoid risk of me catching it. We sat on pavement outside my building and spoke till it was time for me to go to work.

Arranged for him to see a Doctor. And apparently his madam had locked him out for coming home late.

So overtime he had grown accustomed to sleeping on the floor outside his own house and whatever makeshift place he could find.

Hence the constant lock outs. I was so livid and was going to confront the madam

I had never seen my boy so fearful and violent before . He just had a massive panic attack and begged me not to

After that episode I didnt hear from him again. Phones were perpetually off and I just cut him off

Cos I felt as an adult he should know the best thing for him.

Was waiting for the davido concert to start
She said something was wrong as the communication with him was always initiated by his madam. And he just sounded like he was trapped.

I promised to check on him when I got back but I never did. Cos was still angry at the fact that he doesnt hear word.

One random Sunday I ran into him on my way from church. And insisted that I followed him home to at least see madam

“DO YOU KNOW WHY I SLAPPED YOU”

“ITS BECAUSE I FORGOT TO REFILL THE CYLINDER”

That was it. I told him he needed to leave this marriage. He said no.

That he loved her and he was at fault and deserved the slap because he should have known better.

Long story short. We pooled money together and got him to move to his family abroad.

He is in therapy now and in such a good place mentally.
I cant share the things he went through but i am happy he is free now.

Manipulative people are the smartest people around

They would fuck your life up..
The circle of manipulation always ends in domestic violence

Pls run. As there is nothing romantic about love that breaks your spirit.” 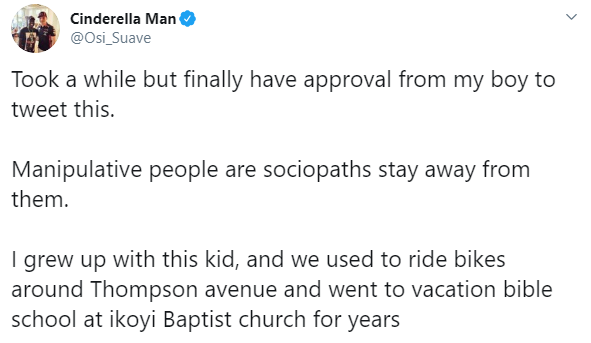 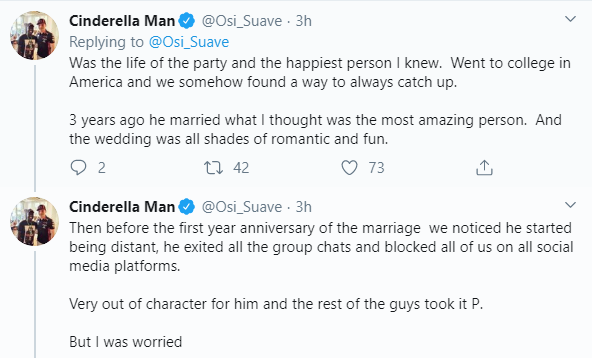 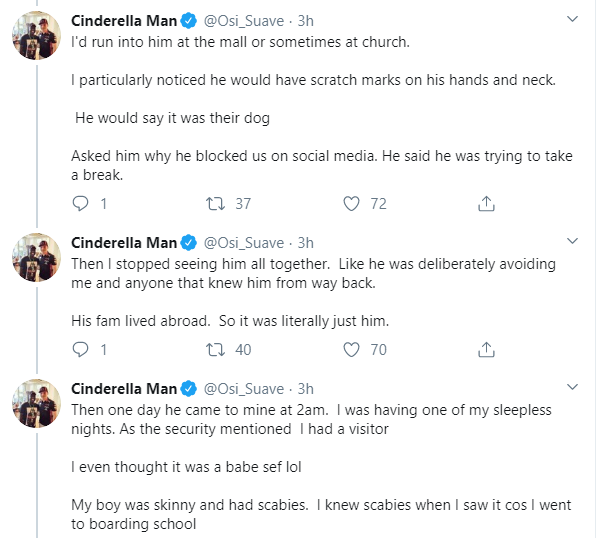 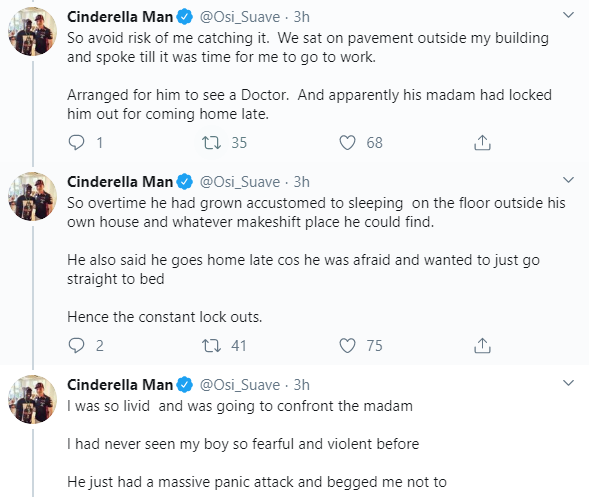 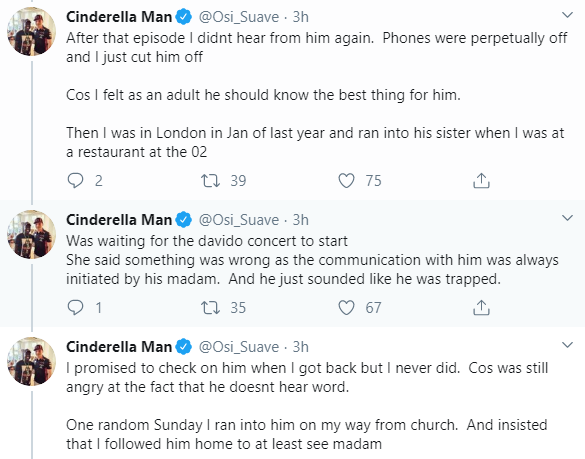 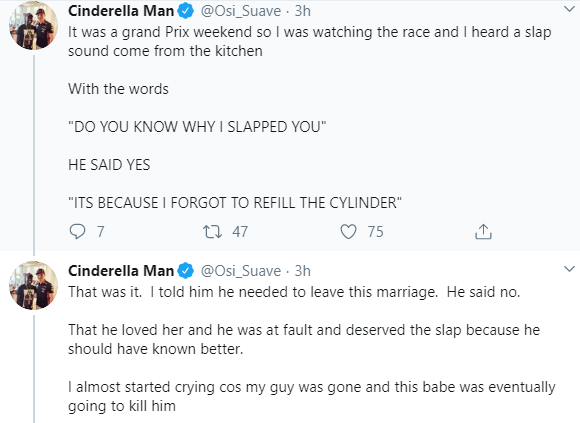 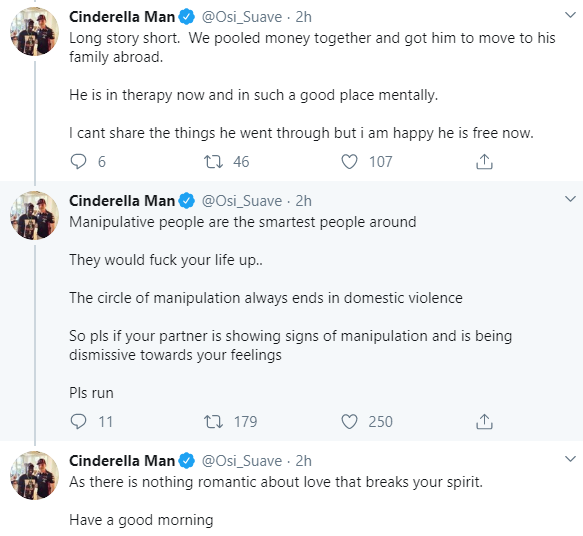