A Nigerian mother took to Twitter to share her surprise from picking her daughter from school and finding the schoolgirl’s legs cello-taped to her shoes. The mum, @burberryzainab who thought it hilarious shared photos of what was obviously the school’s attempt to discourage the toddler from pulling her shoes.

According to the mum, her daughter has a habit to not keep her shoes on and would often remove them, she believes that was why carers at the school secured the toddler’s legs to her shoes.

See the screenshot and more photos: 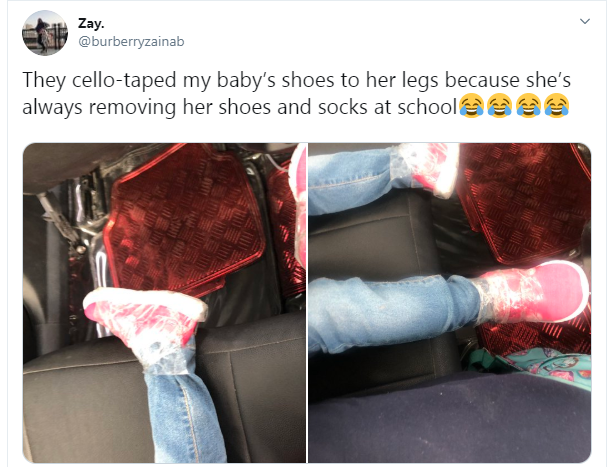 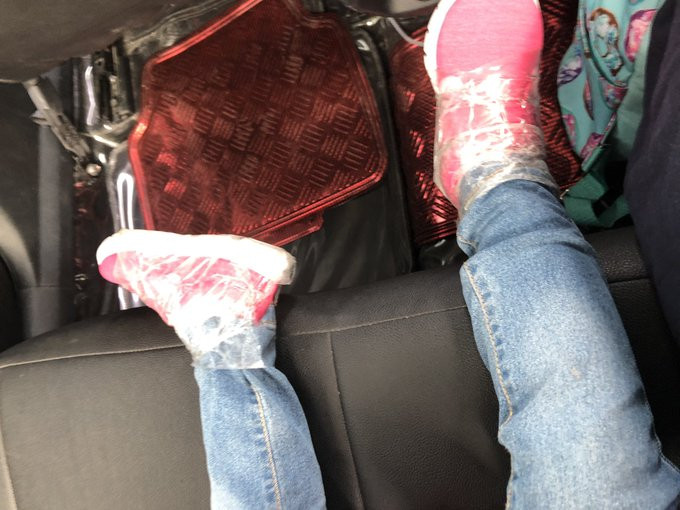 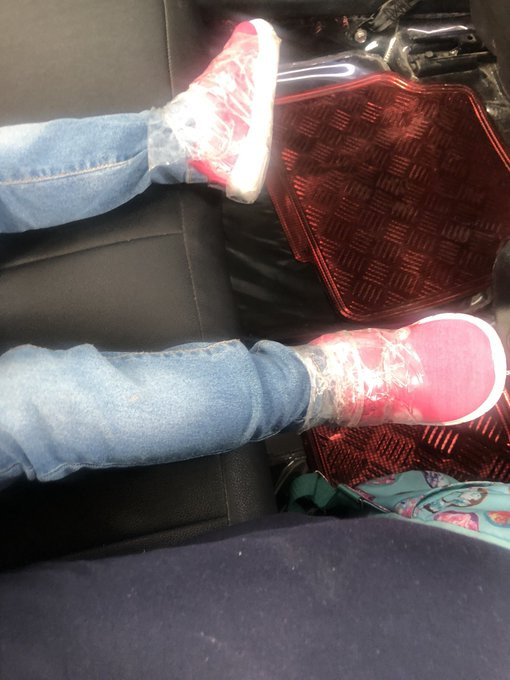