Celebrity dad, Ifedayo Ayorinde aka DaddyFreeze has shown that he is deliberate about parenting and ensuring a safe place for his children as well as other peoples’ children after getting a potential pervert arrested.

Freeze had shared a photo of his 5-year-old son on his Instagram page when a wayward man who has now been identified and arrested left a perverted comment under the little boy’s photo.

The errant man had written:

Freeze, who rightfully was offended by the comment sexualizing his sonhas called out a Nigerian man who sexualizing his 5-year-old bared his mind and swore to bring the culprit to book. He did just that. 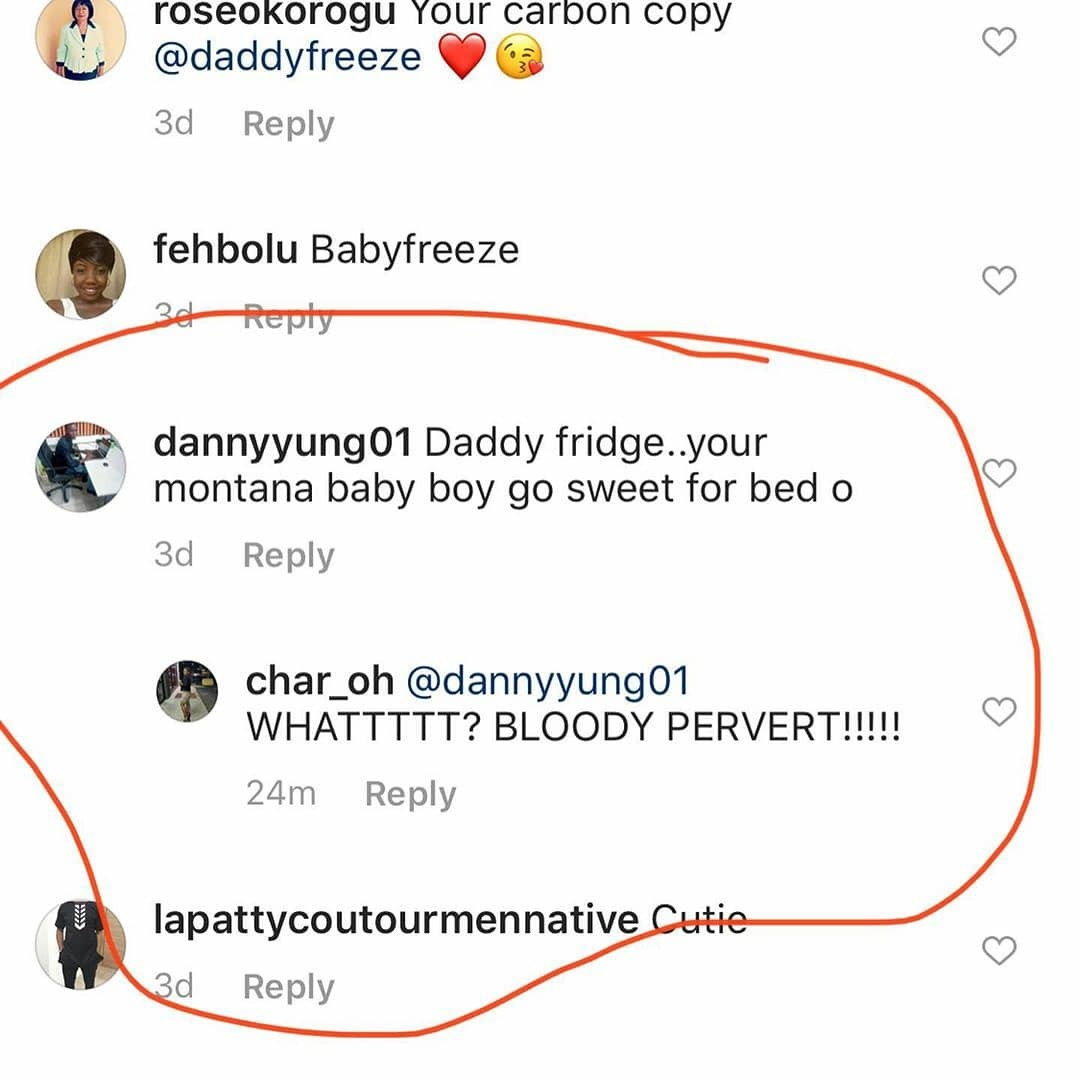 Reacting to the distasteful comment, an angry Freeze appealed to everyone to help report the IG user’s page and also help find and expose him.

”Let’s cleanse our social media of these kind of people like @dannyyung01
–
My son is 5 years old how can these thoughts even cross the mind of an adult?
–
A child of this age should not be sexualized either male or female. I’m so angry
–
Please all of you, especially those of you who have children, kindly proceed to report his account and let’s find this pedophile, expose him, it’s risky to have people like these roaming free.
Thank you. ~FRZ

After carrying out an investigation with the help of security officers and other concerned persons, Freeze identified the errant man as a security guard working with the security agency that serves his neighbourhood.

He shared a video of him and his wife going after the man and later shared a photo of the man at the Divisional Police headquarters in Onikan, Lagos, where he is being interrogated.

After the arrest, the doting dad shared a photo of the offender and wrote:

Thank you everyone, he has been apprehended and is currently being interrogated by the police.
–
He works with a popular security firm who will be making an announcement latest tomorrow, regarding this incident.
–
Thank you all for your support as we work together to create a world that is safe from sexual predators.

Thank you everyone, he has been apprehended and is currently being interrogated by the police. – He works with a popular security firm who will be making an announcement latest tomorrow, regarding this incident. – Thank you all for your support as we work together to create a world that is safe from sexual predators. – Appreciation to @do2dtun @rangeroverdoctor @opetodolapo @officiallindaikeji @tundeednut @instablog9ja @aleeygiwa @tiannahsplacempire @tontolet members of the #FreeNation @truthwillalwaysstand @lara_sage_lifestylecoach