Former England footballer, Jermaine Pennant has split from his wife Alice Goodwin after nine years together. The split comes days after the Glamour model revealed she recently had a vaginal rejuvenation to boost her body confidence and love life with him.

According to her, she considered the procedure after she noticed a difference in her body and in particular the laxity within her vaginal wall following the birth of her daughter 11 years ago.

‘As a model I make my living by keeping in shape, but like all women, I found pregnancy really changed my body,’

‘While I worked hard to get strong and toned externally, over the years I’ve noticed that my vaginal muscles are not as strong as they once were.

I got so many compliments and likes on Instagram, but while I looked sexy on the outside, I was conscious that internally, as a woman, things could be better.’ 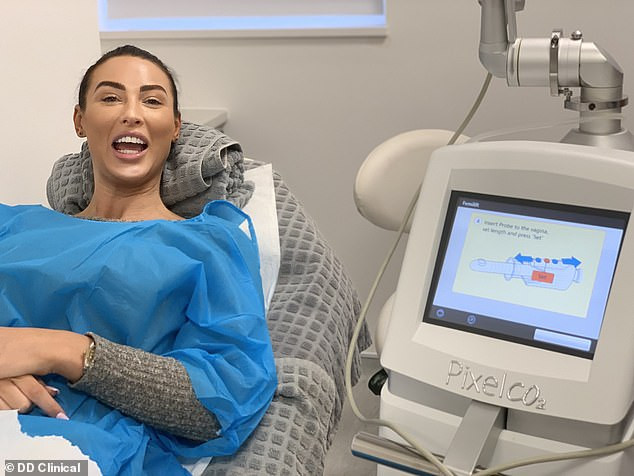 ‘After doing my research I opted for FemiLift. It’s basically vaginal muscle tightening using a simple, pain-free laser wand. I now feel fantastic inside and outside. And let’s just say, Jermaine is not complaining!’

‘Jermaine was so supportive about my concerns that things “down there” just haven’t been as tight as they used to be.

‘Jermaine came with me and held my hand in my final two sessions. It was a really sweet and loving experience with a fair few giggles along the way. 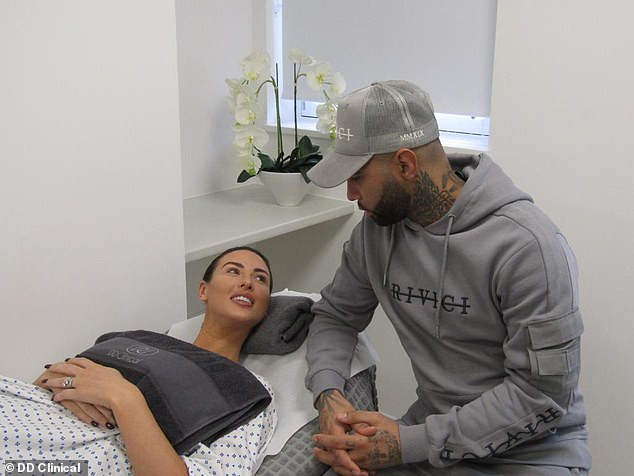 But now, in a sudden twist of events, Alice took to her Instagram stories to state that they both ‘couldn’t make it work.

READ ALSO: ”The love of my life” Mel B Flaunts New Man Amid Bitter Divorce Battle

In a lengthy statement, the 34-year-old model wrote:

‘Hi guys, before any speculation starts I’d like to let people know that Jermaine and I are no longer in a relationship. We have spent 9 years together with ups and downs but ultimately we couldn’t make it work.

I will always care for Jermaine and wish him the best but at this point all avenues have been explored to make the marriage work and sometimes things just aren’t meant to be.’

‘There is no drama, scandal animosity or bitterness just two people who’s journey has come to an end together. We have made this decision mutually and we are both looking forward to what the next chapter has in store.’ 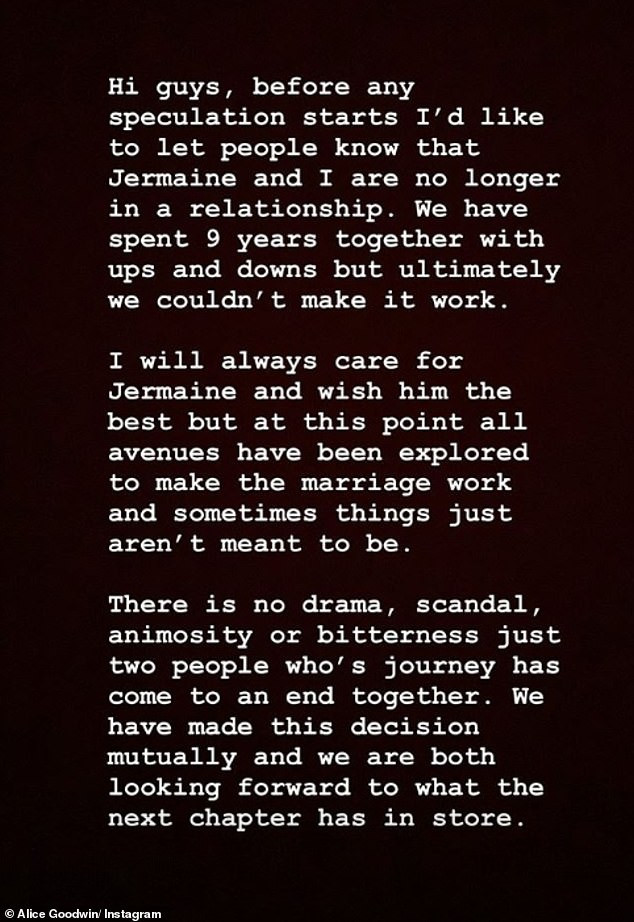 Jermaine, 37, who played for Liverpool and Arsenal also shared his own statement on Instagram stories. He said:

‘After 9 years together and nearly 6 years married, Alice and I have decided to separate.

‘I will always love Alice, but we’ve decided to head our separate ways. There is no drama, and we will always remain close friends.’ 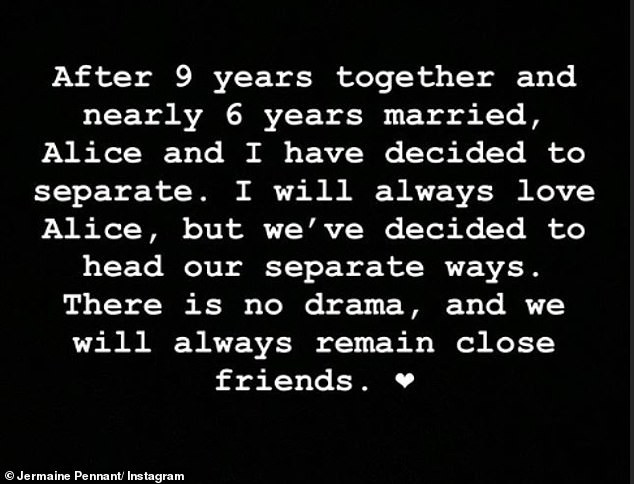 Alice and Jermaine tied the knot at a lavish ceremony in Cheshire in 2014 after dating each other for three years. It is unclear what led to their split, only days after the model posted about tightening her vagina to make their sex life better.