Two Russian pranksters pretending to be Greta Thunberg and her father Svante called Prince Harry in his Canadian home and the Prince revealed a bit too much personal details, not knowing he was talking to strangers who have now publicized the call. 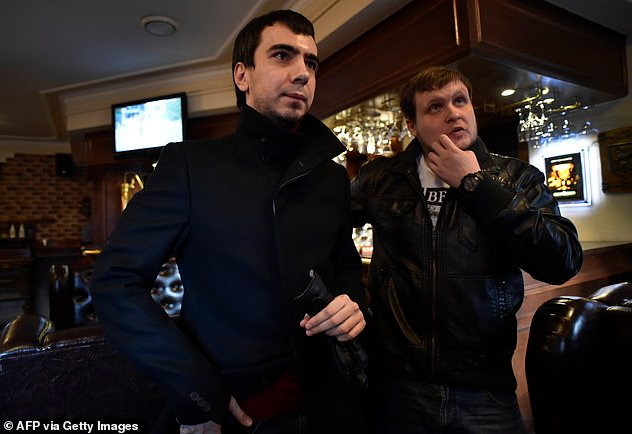 During two revealing conversations with the hoaxers (pictured above) posing as Swedish climate change activist Greta Thunberg, 17, and her father Svante,  Harry spoke about withdrawing from royal life, Donald Trump, Brexit, climate change, Boris Johnson, and Prince Andrew. He also spoke about the tabloid media that wants to “destroy” his and Meghan’s “reputation” and “sink” them.

Prince Harry told them that “marrying a prince or princess isn’t all it’s made up to be”, and insisted his military service had made him “more normal than his family would like to believe.”

“And I think there’s a hell of a lot of people around the world that can identify and respect us for putting our family first.

The audio continues with Harry saying:

“You forget, I was in the military for ten years so I’m more normal than my family would like to believe.

“But certainly being in a different position now gives us the ability to say things and do things that we might not have been able to do.”

The prince also claimed Mr Trump had “blood on his hands” over his climate credentials and labelled the British political system “broken”.

Harry, 35, is thought to have taken the calls on New Year’s Eve and January 22 while staying on Vancouver Island in Canada.

Key points Harry made during the calls were: that he and Meghan were finding normality “much better” than royal life; that the world was being run by “some very sick people”; and that his uncle Prince Andrew, is “completely separate from him and his wife”.

“I think there’s a hell of a lot of people around the world that can identify and respect us for putting our family first. It’s a tricky one, but we will start a new life.”

On the climate, Harry said:

“Unfortunately, the world is being led by some very sick people, so people like yourselves and (the) younger generation are the ones that are going to make all the difference.

People need to be woken up and the only way to wake people up from what effectively is a consciousness crisis is, I think, you need to be doing extreme things.

What you need to do is make real big changes that actually shock people, and it’s that shock factor that wakes people up.”

When asked about Prince Andrew’s relationship with Jeffery Epstein, Harry was careful with his answer.

“I have very little to say on that.

But whatever he has done or hasn’t done, is completely separate from me and my wife. We operate in a way of inclusivity and we are focusing on community.

And so we are completely separate from the majority of my family.”

On himself, Harry said:

“I was in the military for ten years, so I’m more normal than my family would like to believe.”

Speaking on the Election, Harry said: “The fact that our choice was between those two individuals in my mind, I think, probably creates more of an observation that the system itself might be broken. There’s a lot that the leaders of today can learn and can listen to people like yourself.”

Harry also reacted to the outrage that resulted from he and Meghan using private jets to travel while preaching about climate change.

“Unfortunately, there’s very few alternatives. We have to fly on commercial planes all over the world. Nowhere near as much as most people who do it for a night or weekends. Certainly for my family, to protect my family, from these people, as you can well understand.”

Speaking about the media, he said:

“What they don’t understand is the battle we are fighting against them is far more than just us.”

The prince said this while providing advice to fake Greta about dealing with the media.

“The best advice I can give on that is to be able to see through the fear.

For most, all of my life, I’ve always been part of a family and part of a country that is scared of the tabloid media because they have so much power and influence and no morals (chuckles).

From the moment that I found a wife that was strong enough to be able to stand up for what we believe in together, has basically scared them so much that they’ve now come out incredibly angry, they’ve come out fighting, and all they will try and do now is try and destroy our reputation and try and, you know, sink us.

But what they don’t understand is the battle we are fighting against them is far more than just us.

So I think one of the, what I’ve always believed, one of the strongest ways to change mindset and be able to raise consciousness and be able to create self-awareness among people, is to challenge the media and say you have a responsibility and you are accountable for everything you are feeding people because you are brainwashing people, so this is far bigger than just us.

Even though they want to make it personal they are scared because we are some of the first two people willing to stand up to their bullying and my wife, we can’t stand back.

It hasn’t been very nice. It’s been horrible but we will come out of it stronger people.”

Listen to the calls here.and here.