South African Mum of 4, Soaedi Dinah, Narrates How Her Husband’s Family Disowned Him For Marrying A South African woman took to Twitter to gush about her husband, as she recalled how his family disowned him for marrying her because she already had 4 kids. Soaedi Dinah who described her husband as her “best friend”, said they now have six children together and his family has now accepted their union.

The mother-of-six said she and her husband have been through the most but they would not change a thing, as she further revealed that they have been blissfully married for 11 years.

11yrs of Bliss… My best friend is the greatest

“He married me with four kids crazy right? His family disowned him, six kids later, his family accepted us, 11 years we are stronger than ever.

“I found my love with so many wrongs, but something said he is the one. God gives the one who needs fixing. I had my own scars. We needed each other. The perfect person exists not. 80/20 rule works. 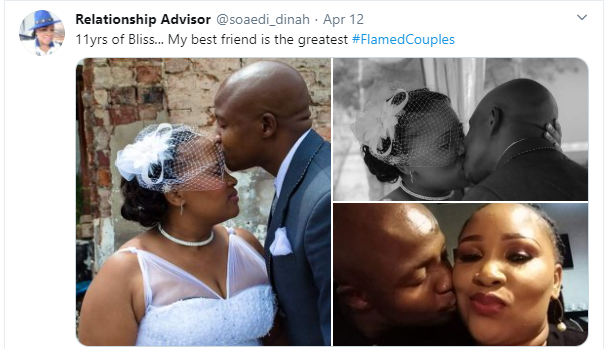 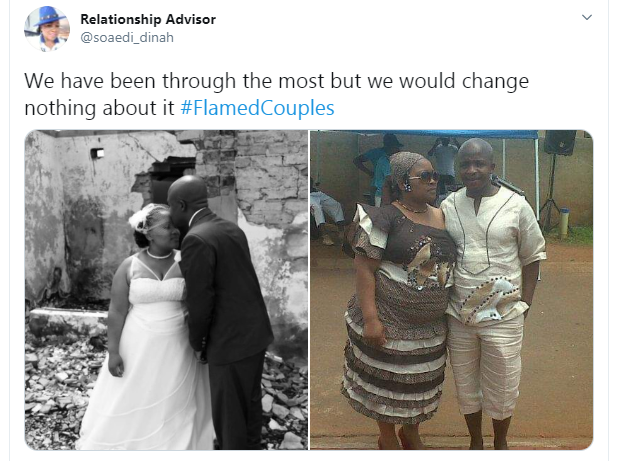 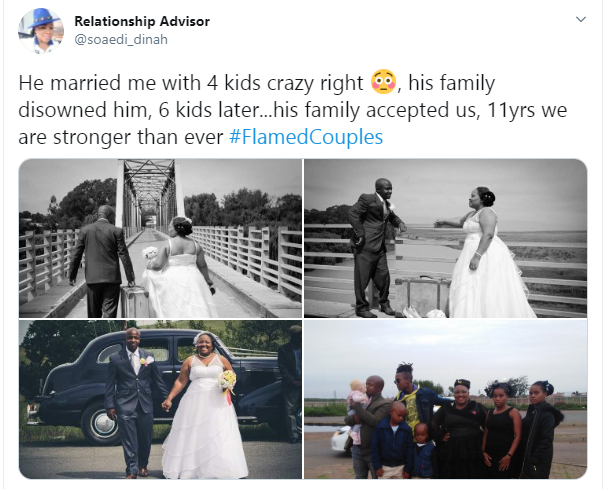 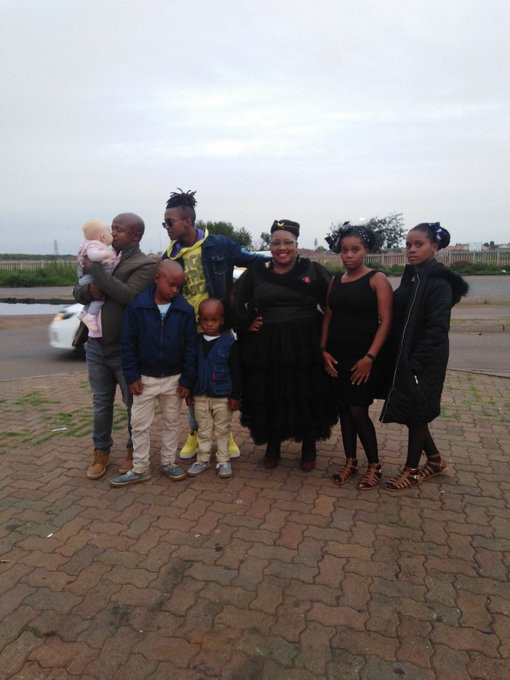