The journey to motherhood is different for everyone. While some conceive easily, others may have to go the extra mile. Thanks to assisted reproduction technology, many women’s dreams of becoming mothers have been actualized.

Stephanie married businessman Olumide Aderinokun in Mykonos, Greece, on August 12, 2017. They welcomed their first child, a girl, in November 2019. She later opened up on her YouTube channel that her baby was conceived via in vitro fertilization (IVF).

Speaking on Life Lessons with Betty Irabor, the new mum explained that she and her husband decided to undergo IVF after her doctor gave her several options. 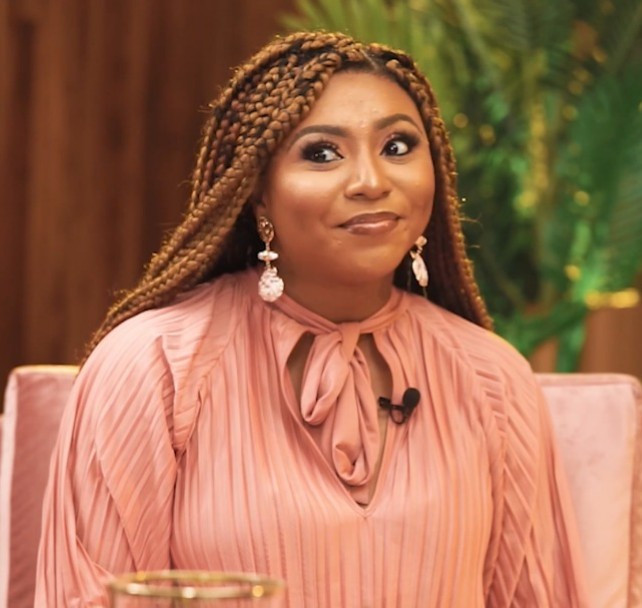 She then detailed all the procedures involved in getting IVF. She also spoke about her family’s reaction to the news that she was planning to undergo IVF. She explained that IVF is “stressful because of the number of injections involved.”

Revealing the process involved in getting IVF, she said she had to give herself daily injections to stimulate ovulation.

I was injecting like a stimulant, like for ovulation and you have to mix it yourself. So, I’ve got the liquid form, it’s like a powder and then you mix it.

After that, I had to take a trigger shot for the egg retrieval which is where it all kind of went a bit bunkers.

I woke up the morning of the egg retrieval, which is when they want to take the eggs out to mix with the sperm and I was just so heavy. My stomach was full of fluid. I couldn’t stand up.

When I got to the clinic, they were like, ‘what’s going on here? your stomach is…’ and I was like, ‘I thought this is normal’. They were like, ‘no’ “

She said they discovered then that she had been taking the wrong trigger shot. She said that “human error ended up being life-threatening” and she was “bedridden, throwing up blood and couldn’t walk.”

She had to use a wheelchair and needed help getting around. Fortunately, she finally got through that. The next step was the embryo production, and then the embryo transfer after which the woman waits to find out if she’s pregnant or not.

The new mum explained that she was fortunate that hers worked after only one cycle. Some women go through four or more cycles before they get pregnant. Knowing this, Stephanie disclosed that she was expecting the worst but when she was informed that she was pregnant, she was in shock and started crying.

She also spoke of a moment where she had a miscarriage scare. Fortunately, she pulled through and her baby was born in November 2019.

She said her experience taught her that:

“you can’t always plan everything. I literally planned my life like, I’ll get married by this time and I’ll get pregnant… because I actually wanted to give birth by when I was 30, so I gave birth when I was 31… Sometimes, life actually happens and it will teach you that you need to be very grateful.”

For the first time ever, Stephanie also addressed the controversies surrounding her husband. She explained that she chose to ignore it all along because people’s opinions don’t matter.

Reacting to all that’s been said about her husband, she said:

“Misery loves company. Sometimes when people are talking, it’s not because they have fact. Sometimes, I hear made up things and I’m like, wait. They just make up stories.”

Watch the full interview with Stephanie Coker-Aderinokun below.