The World Health Organization (WHO) has revealed that the novel Coronavirus is proving exceptionally difficult to stop, as the number of cases approaches 20 million with over 700,000 deaths as at today Monday, August 10.

Dr. Mike Ryan, executive director of the World Health Organization’s Health Emergencies Programme, speaking during a news conference in Geneva on Monday, said in order to completely stop the virus it is important to identify where the human-animal barrier was breached. 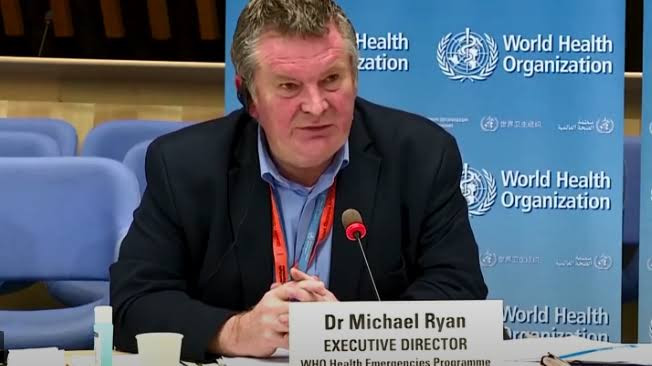 “This virus is proving exceptionally difficult to stop,”

Ryan said, saying that it was important to reflect on what is known about the virus, in terms of the ease of spread, the multiple transmission modes and the existence of asymptomatic and presymptomatic transmission.

Ryan explained that an epidemiologic investigation will start in Wuhan, China because that’s where the first clusters of cases were picked up, but that doesn’t necessarily mean that is where Case Zero (the very first case) was.

According to Dr Ryan, finding ‘Case Zero’ helps to distinguish this crossing of the barrier between species.

“If you follow the data and the science, you will find, hopefully, the point at which the disease crossed the species barrier,”

“It is important that we find that, because as long as the animal-human breach has not been discovered, there’s always a chance that that barrier can be breached again,”

Although finding this breach is important, it can take some time, according to Ryan, as the barrier breach for SARS was never fully established.

“The world is at greater risk for these species breaches,

“We are pressuring the biologic system. We live in a biome. We live in a world of biology. And we are creating – actively creating – the pressures that are driving the breaches of those barriers,”
“And we need to do better at managing the risks associated with that.”