Maureen Esisi, the estranged wife of actor Blossom Chukwujekwu, has released a statement to clear all the misconceptions published about her since her marriage to the actor ended one year ago. The fashion designer said, August 11, makes it one year since Blossom told her that their marriage was over.

A number of reports as to why their marriage ended were shared online and Maureen addressed each point raised in the report, one after the other. Reacting to the allegation that she chased Blossom because of his fame, she said:

“I didn’t chase Blossom. We didn’t start off the friendship on the note that we would ever date or get married.”

She added that she and Blossom were married for 4 years and she was with him for 5 years. Reacting to the claim that she got married to him for the fame, she wrote:

“If it was fame I wanted, it won’t have been Blossom.”

She also denied reports that she snatched Blossom from another woman. She added that the claim that they were both coming from different relationships and were yet to heal is a half-truth. She stated that almost everyone going into a new relationship has been in a previous one so her case was no different. However, she said reports that they were yet to heal is a “fat lie”.

Maureen also denied reports that she had no respect for Blossom and was in the habit of going to his workplace to disrespect his colleagues. Speaking about reports that she couldn’t conceive and that’s why they didn’t have kids, she stated that that is a lie.

“I didn’t have any problems conceiving,”

“I always wanted a child/children. ALWAYS!!! The problem was never me. He didn’t want kids at the time, at least not with me.

She said she’s not aware if Blossom was having a romantic relationship with another woman as claimed, and that “woman wasn’t the reason” their marriage ended. She denied reports of infidelity on her part and reports that she put Blossom through a lot. She said she is the one who went through a lot during the marriage.

“It should be more like, no wife/woman  would have survived what I survived in 5 years and not need therapy or not have walked out a long time ago or worse case died of depression.”

She said in spite of all that happened, she stayed, even though her family would have preferred that she left. She said she would have been given a “high five” if she had walked away, especially by her family, but she endured because that’s what a good wife should do.

She added that if the tables were turned and Blossom had the reasons she had, he would have left the marriage after only one year.

“If tables were turned and he had my own reasons, he would have left on the first year (I GUARANTEE) but I stayed for 5 years cos when I say “I DO”… I was brought up to understand it was for life.”

She didn’t state the reasons she had that should have made her leave the marriage. She also denied reports that she was not in good terms with Blossom’s mother.

She denied reports of domestic violence and said that Blossom “never ever hit” her. She said she kept quiet all along and didn’t address the rumours out of respect for Blossom but she has to address it now because of the “trolling” she’s subjected to every day.

As for the reason Blossom gave for leaving her, she said she still doesn’t understand his reason.

“Yes, I was the last person to know my own marriage was over… I didn’t see it coming. Like one day I woke up and Voila!!! It was over… E shock me ooo”

She ended the note with,

“Love you B” and a love emoji. 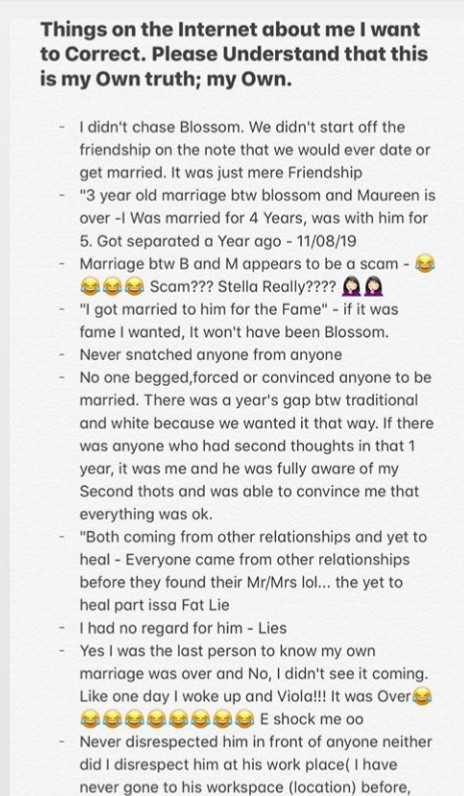 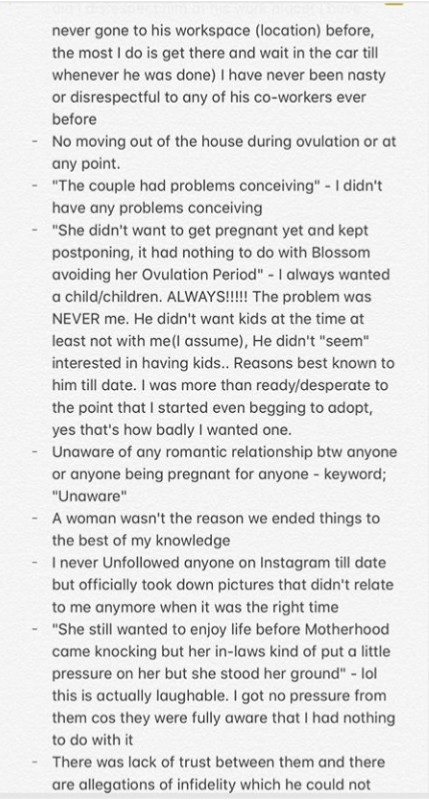 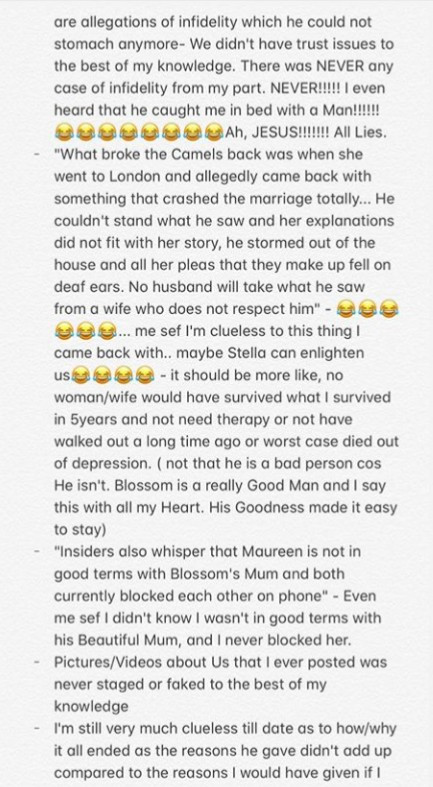 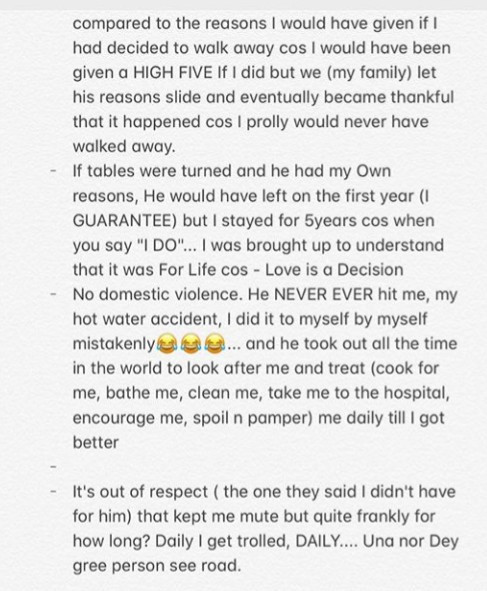 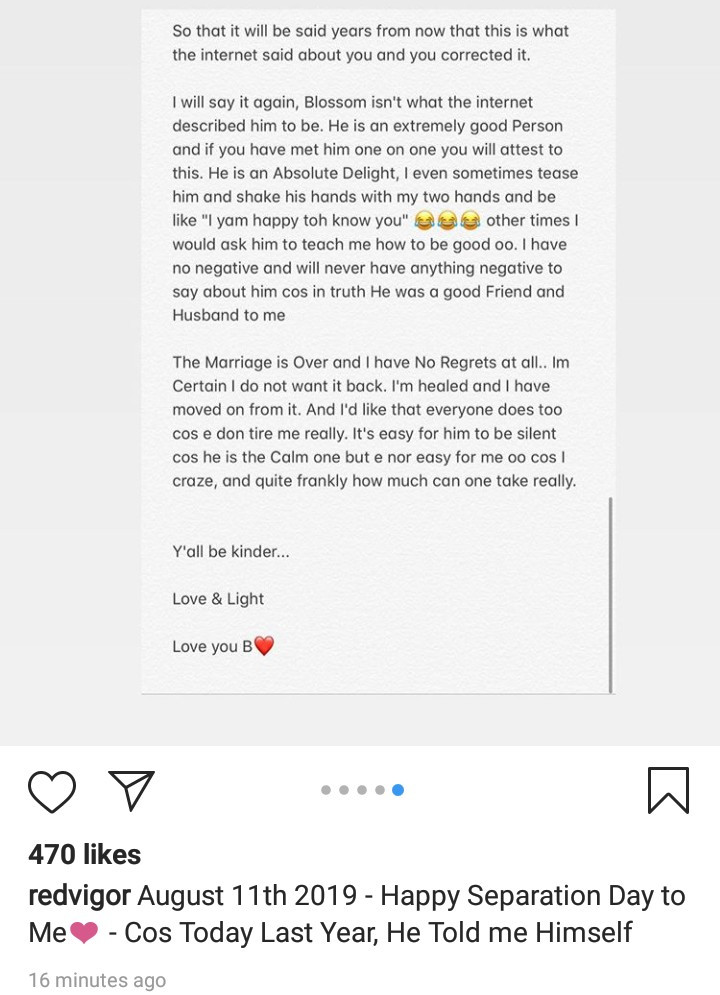