More than anything else, singer and dad Harry Song wants women to understand that they call the shots in a relationship and it will either work or fail depending on how well they handle their man. Making an example of his sister, he narrated how her boyfriend has been trying in futility to break up with her since 2013.

The singer said after his sister’s boyfriend claimed to want out of the relationship seven years ago, his sister immediately got pregnant and gave birth to twins as a result.

READ ALSO: Singer, Seyi Shay Has Eyes Rolling With What She Shares As Acceptable In Her Marriage

The single dad revealed that his same sister is currently pregnant for the same man who is still insisting he wants a breakup but that there’s no way out for him as the children have made it near impossible for him to walk out.

Advising his followers, he wrote:

“My sister boyfriend still dey try to break up with my sister since 2013 say him no dey do again, as him complains start,

nai she carry belle for am born twins as I dey talk so she don carry another belle, dey call am daddy, him still dey say him no dey do again, 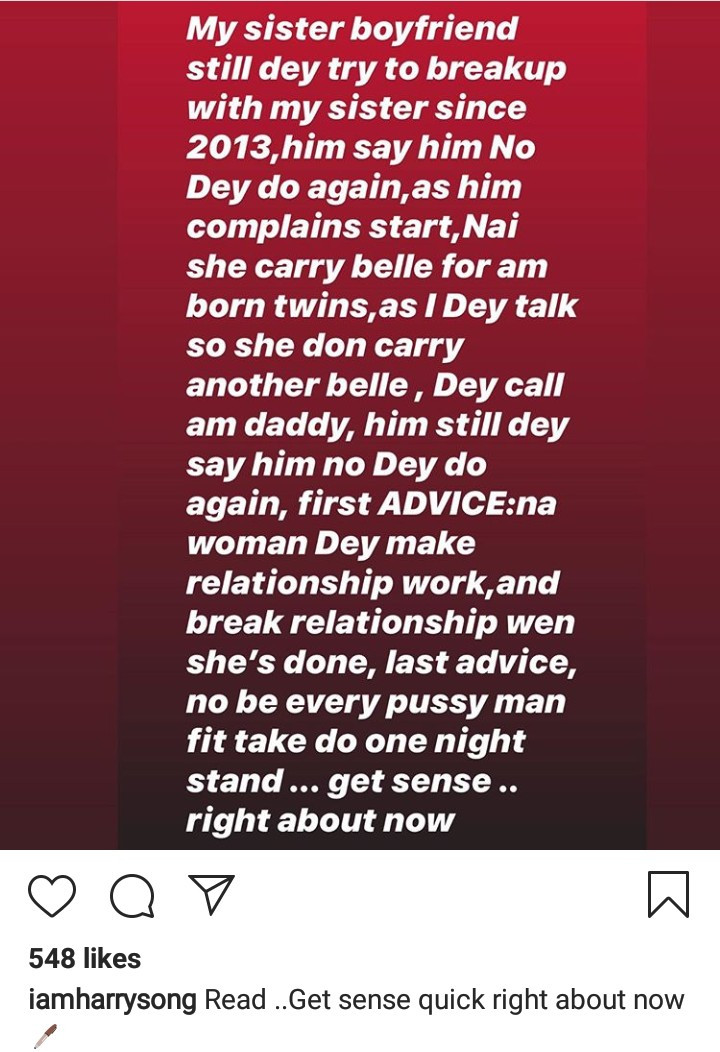