Media personality, Shade Ladipo has said being married has made her comprehend certain things about marriage. She added that she now understands why many people’s marriages can end in divorce within the first three years.

Shortly after Shade got married last year, she took to her social media to dish on marriage and also had a lot to say about the drama that was ongoing at the time between celebrity ex-couple, Gbenro and Osas Ajibade.

At the time, she had called Gbenro’s public complaints about his marriage ”illiterate rants”, also called him ”the true definition of a weak man” among other things.

Now that the outspoken Ladipo is being marriage for a little over a year, she admits now seeing marriage differently from experience and can now see why a marriage may end in a divorce.

“Until you get married before you can comprehend somethings about marriage. 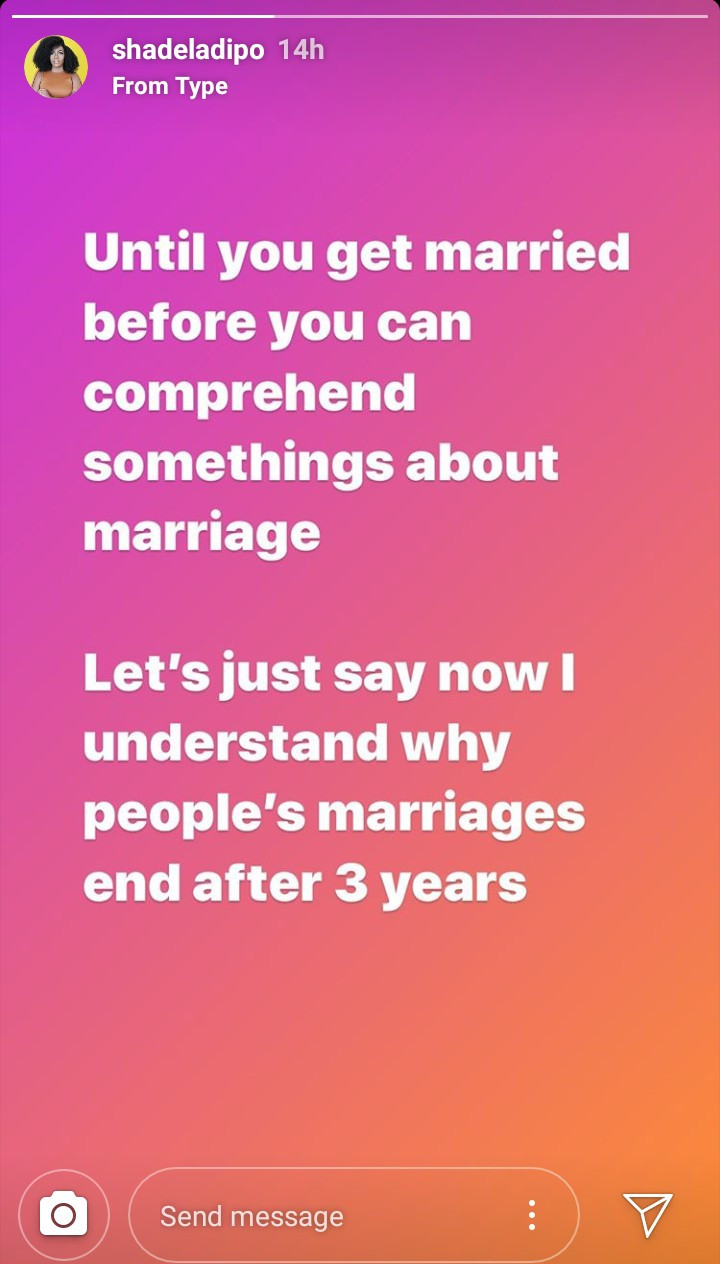 Shade got married in February 2019.