American singer, Casandra Elizabeth Ventura Fine popularly known as Cassie has narrated how she had a “depressing and confusing” time trying to lose the 60 pounds she gained during pregnancy.

The singer who is married to a personal trainer, said she was able to lose the first 30 pounds gradually over the following weeks after welcoming her daughter in December 2019 but from then on, it was near impossible shedding the rest of the weight.

“I lost 20lbs within the first couple of weeks which I was told was normal and then another 10 gradually over the next 2-3 weeks.

“I started to workout when I had a goal of 30lbs to go and when my doctor cleared me to. I went pretty hard at first.

By mid March I was down another 15 and feeling pretty good. I had a bit of unexplained anxiety, but I was able to work through it…”

In her blog post titled “What Healthy Looks Like To Me”,  the 33-year-old “Me & U” singer said she eventually got a diagnosis from a doctor who told her an underlying complication with her thyroid was to blame for her inability to shed the remaining pounds.

Cassie admitted that she was overwhelmed with emotions following the diagnosis, writing,

“I had completely lost my mind, but I’m glad that I did. I needed to understand what was happening with my body.”

Having learned about her body, Cassie began to pay closer attention to her diet which still yielded frustrating results. 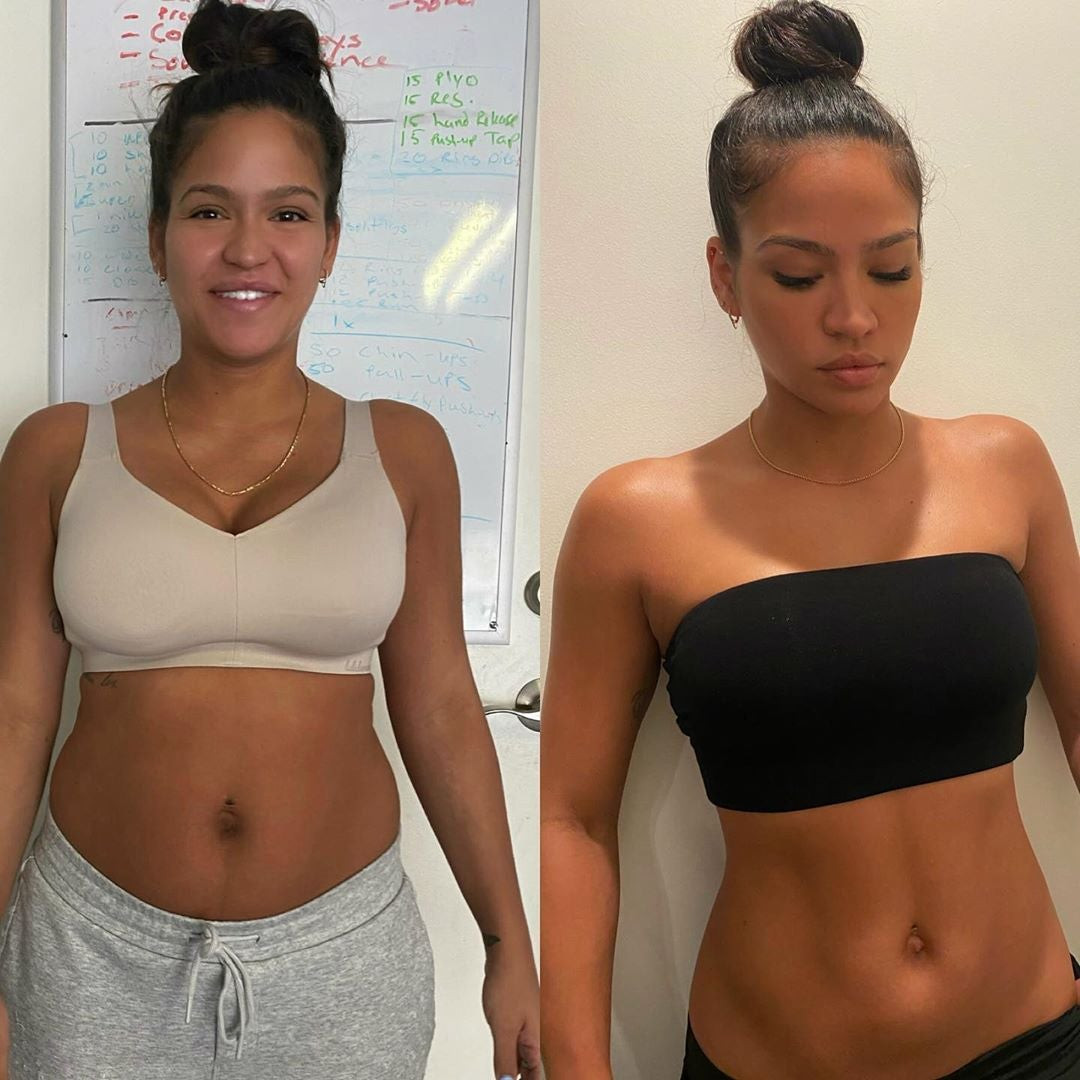 “After a few weeks of bloodwork I found out that I had something called postpartum thyroiditis.

“Basically my thyroid was hyper for a short period (hence the anxiety and weight loss) and then slowed down causing me to gain weight back. From what my doctor told me it’s not super common. About 5-10% of women experience it within the first year after childbirth.

“The next 3 months following were confusing and depressing to say the least. I changed my diet paying attention to things that I reacted negatively to (ie, bloating). I actually started roughly following an autoimmune diet (AIP) in fear that my thyroiditis would turn into Hashimoto’s Disease (an autoimmune disorder).

“I had completely lost my mind, but I’m glad that I did. I needed to understand what was happening with my body.

“I went from creating and bringing life into this world to trying whatever I could to get back to feeling like myself again. It wasn’t about my weight anymore, it was about being happy, feeling good and not developing a disorder I’ve never heard of.

“It was discouraging. Once I started to become more consistent, I started to see and feel the results very slowly but it was happening,” she shared. “I know a lot of people think, well she’s married to a personal trainer, it shouldn’t be hard for her or she should be in shape she has no excuse, but I was unhappy with myself. S— happens, I’m human.”

She credited her fitness trainer husband for helping her stay focused “because he wanted me to be happy again.”

“I wanted to share my story because I want it to be a reminder that no two weight loss/get fit stories are the same.

Gaining that much weight in pregnancy had many negative physical effects on my body.

Once I was able to rebuild my core strength a lot of my pain went away. Consistency was key.

The program that Alex designed for me was the best gift he could have given me besides Frankie, of course.”

The singer concluded by writing;

“It wasn’t easy in the beginning, but it was worth it and I’m so glad I didn’t give up.”

“Today I’m in better shape than I was before the baby.

I honestly don’t think I’ve ever been in this good of shape. Working out has given me a place to get rid of any negative energy and emotions that I might have, boost my serotonin and practice discipline.

Every day that I workout isn’t perfect, but I show up and I push myself.

“Whatever your goals are, choose to be healthy. For me, this is what it looks like when I’m taking care of myself.

Professor of Virology, Oyewale Tomori, has disclosed that it is…

Most women grow up dreaming of becoming a mother, but…