OAP Toke Makinwa has explained how she survived her divorce. The media personality was married to a celebrity fitness trainer, Maje Ayida after years of an on-and-off relationship. The couple went their separate ways shortly after they got married leaving a long train of scandal in the wake of their short-lived marriage.

A Twitter follower who might be going through a difficult divorce reached out to ask Toke how she survived hers and Toke gave her some advice.

Toke also consoled another follower who is dealing with a divorce, writing:

“It is a dark valley but what doesn’t kill you will only wish it did cos you’re reborn.

You will rise from it all, I promise.”

See a screenshot of the interactions below: 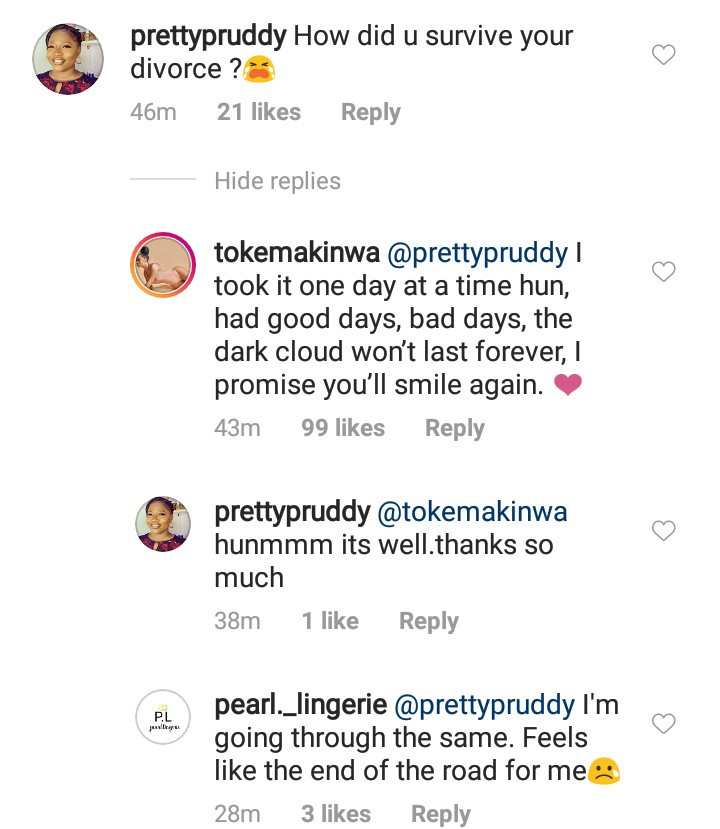