In an interview with the Mirror, Pam said she felt the kids she cared for were thrust into the limelight by their fame-hungry mum. Pam began work with the Kardashians in 1991 when Kourtney was 12, Kim, 10, Khloe, seven and Robert, just four.

She had previously looked after Caitlyn’s sons Brandon and Brody and had lived with the Kardashian family in their LA mansion for more than five years.

She urged Kim Kardashian and her siblings, who have 10 kids between themselves, to spend time with their kids before they grow up, pleading:

“Your kids are young once, only once – make it about them.” 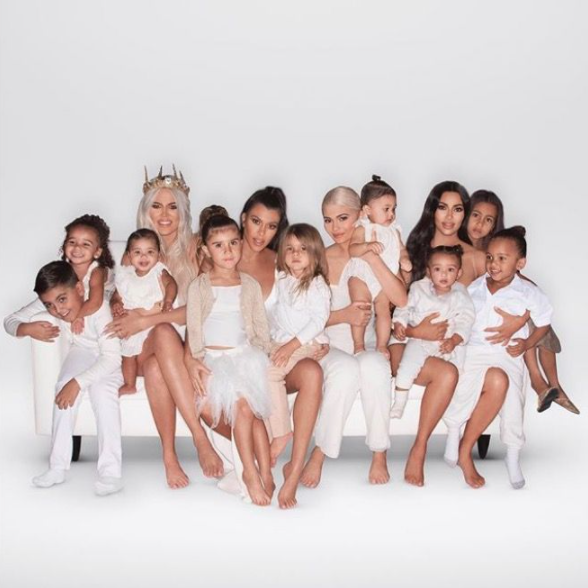 The former nanny admitted she wasn’t “surprised” to find out that the plug was being pulled on Keeping Up With The Kardashians, as she claimed Kris, 64, was “incredibly controlling” and “ran the show” because of her hunger for fame.

“The driving force behind the whole thing has definitely been Kris, she thrives being in the limelight.”

The mum-of-one who is now a nurse suggested the end of the show could come as “a relief” to the family.

“I’d like to give them advice to say, make it about them right now, while they’re young. I know I wouldn’t want my child in the spotlight 24/7, every move”

Speculating on what the family will do following the axing of their show, Pam advised:

“As their nanny, I’d like to give them advice to say, make it about them right now, while they’re young.

“The girls have got their whole lives to get back into whatever they want to do.”

The Kardashian family have hit back at the claims made by their former nanny. A representative for the family said:

“It’s unfortunate that Pam continues to capitalize on the Kardashian family with lies.

“She was a nanny for the family 30 years ago and she has no knowledge or understanding of the family since that time.

“Furthermore, the statements she makes and has made about the time of her employment about the family are false.”

Nollywood actress, Chika Ike has reacted to swirling rumours of…

Actress Shan George is engaged and ready to walk down…

Actor, Charles Mmaduka On Why He’s Looking Forward To Having Daughters Only Grammy award winning singer, Mariah Carey, has recalled how she…