American rapper and dad, William Ray Norwood Jr., known professionally as Ray J has expressed willingness to try marriage counseling only one week after filing to divorce his wife and mother of his kids, Princess Love.

During his appearance, he was asked why he initially refused the idea of marriage counseling.

“I just felt like the counseling was more of a hustle and it wasn’t good … I felt like it would get one-sided,”

“But, hey, maybe we do need counseling.” 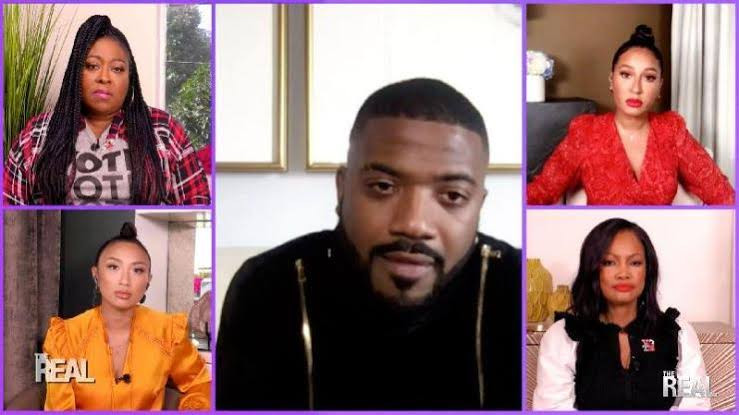 The co-hosts asked whether he’d be open to it now and he said:

“Yeah I would. I spent all weekend at the house with the kids, Princess, my mom and her friends. It was just a good vibe, it really was. I just have to fall back and go, damn, this is a really, really good thing.”

“I would be up for it. I’d be up for whatever it is to make sure my kids have a strong foundation and have both their parents in their lives 24/7.

I don’t see myself splitting the time, it’s so tough to not be with your kids all of your time.”

One of the hosts, Loni Love asked what “the problem” was between them.

He then insinuated that filing for divorce may have been one of those rash decisions.

he said, explaining why he filed without telling her first.

“I have every right to just not know and still just try to figure it out.”

Watch the video below

@rayj filed for divorce from his wife Princess Love last week, but has he had a change of heart?