The Nigerian Electricity Regulatory Commission (NERC) has directed the 11 Electricity Distribution Companies (DISCOs) in the country to suspend the September 1 new tariff.

The order which was issued on Tuesday night came after the federal government reached an agreement with the organised Labour on the suspension of strike over the hike in electricity tariff and increase in pump price of petrol.

NERC said that from September 28 to October 11, the DisCos will revert all charges to the tariff existing as of August 31.

This is to enable a wider consultations between the Government and labour, with a view to reaching a compromise and resolution of the contending issues involved.

See a screenshot of the update below: 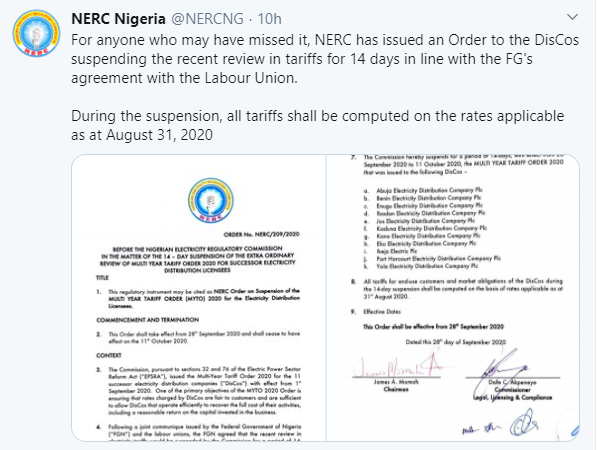 Beginning from this week, the Federal Government will start paying…