Revered monarch, the Ooni of Ife, King Adeyeye Ogunwusi has announced the birth of his first child with Olori Silekunola  Naomi– a baby boy.  He said the Prince was born yesterday, November 18, 2020.

Oba Adeyeye Ogunwusi, while making the announcement on his Twitter handle described the baby’s arrival as a joyous one for the entire Oduduwa house. He also disclosed that both the mother and child were fine and hearty.

“To God be the glory great things he has done.

Hearty congratulations to the entire House of Oduduwa and Olori Silekunola who today birthed a Prince to the Royal throne of Oduduwa.

“Mother and child are doing well to the glory of God Almighty.”

This is the couple’s first child together. See a screenshot of the Instagram post announcing the arrival of the prince below: 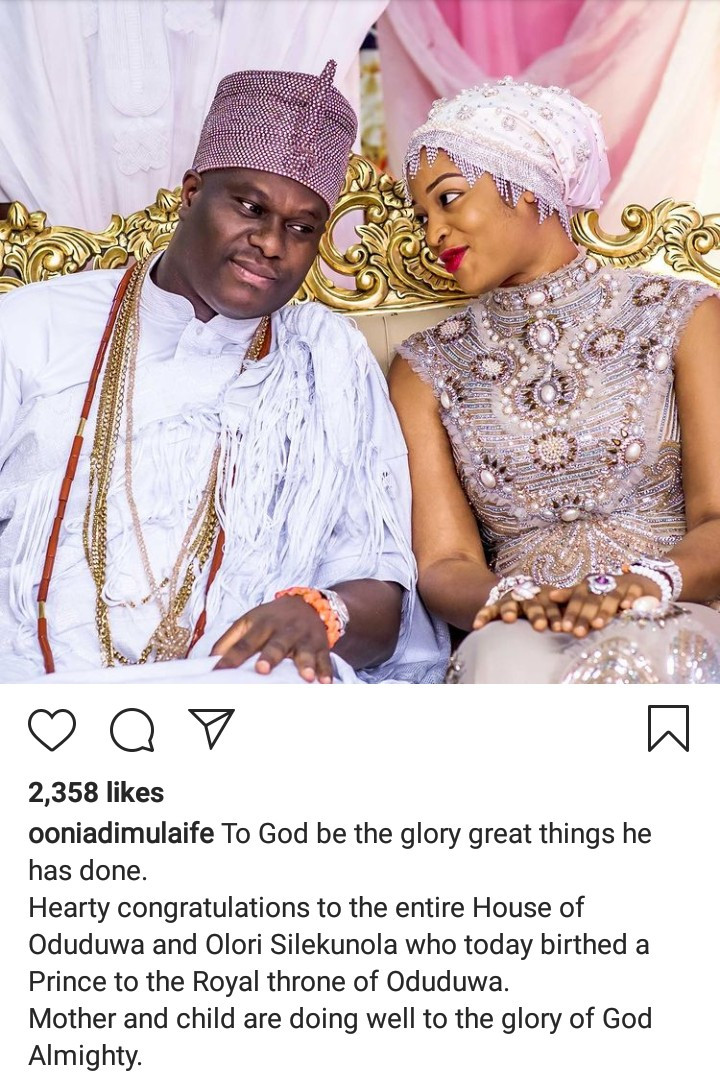