American actor and dad, Tyrese Gibson has written an open letter to his estranged wife Samantha Lee Gibson after they announced they are getting a divorce.  The couple who have been married for 4 years and blessed with a daughter announced hours ago that they have decided to separate and divorce.

They both released the same statement at the same time via their respective Instagram accounts. After making the announcement, Tyrese took to Instagram to release a video of his beautiful moments with Samantha Lee and their daughter.

READ ALSO: Mum-Of-Two, Jada Pinkett Smith Reveals That Her Picture Perfect Marriage Had Betrayals Of The Heart Bigger Than Infidelity

In the caption, he said it’s hard to be something you never experienced so it’s hard for most people from broken homes without fathers or worthy examples to be something they were never raised by, asking Samantha to reconsider their marriage. He added that black families and marriages are under attack.

Black families and marriages are under attack.

Pain got me back in the holy grail… [ the studio ] No there’s no album coming this was inspired by the love of my life Samantha…. Thank you for the years I hope you know that I did the very best I could… I truly did… #BetterDays

I am a better man of God, friend, and father because of you…

I pray we leave the door open because the God that we serve is a mountains mover and can make a way out of no way….. 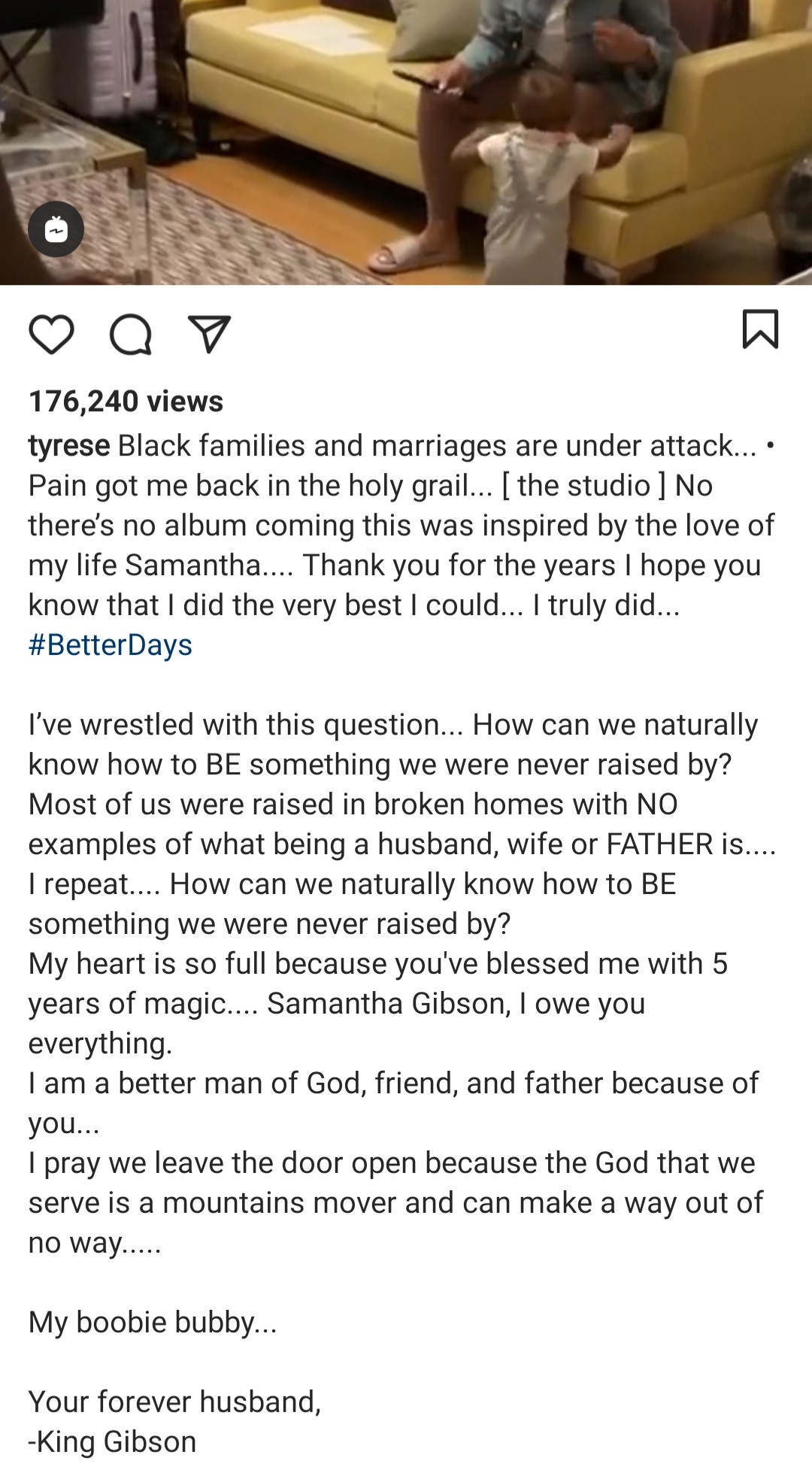