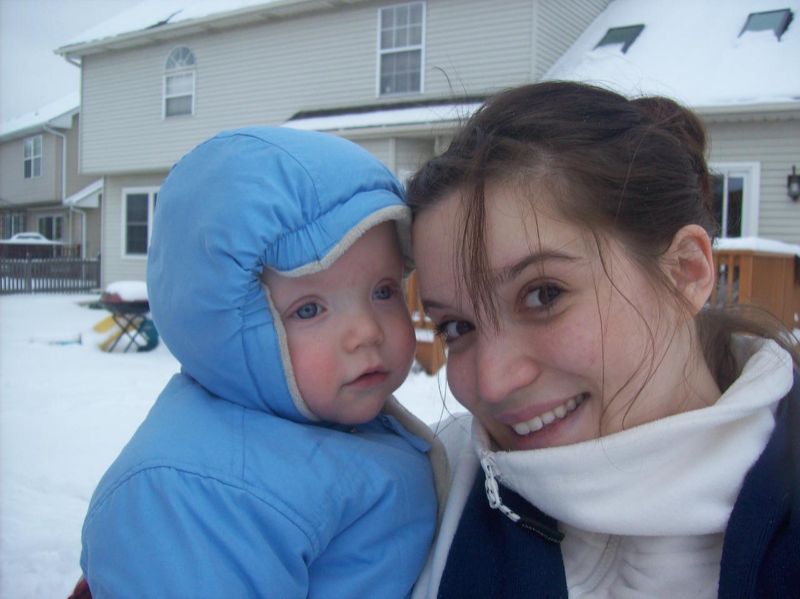 A mum, Sarah Watts, shared on why she didn’t have her son circumcised and is still quite apprehensive about the decision till date with YahooParenting. Read below:

When my son Henry was born, and the hospital urologist came to visit us at his bedside in the NICU, it took all my self-restraint not to laugh in the doctor’s face when he broached the topic of circumcision.

Although he had just been born, Henry (pictured with me, above) had already endured much more than a typical newborn: At his 20-week gestational ultrasound, we discovered that he would be born with a severe birth defect called spina bifida, a condition where the spinal column fails to close in the first month of pregnancy. Right out of the womb, Henry needed two major surgeries to treat his condition — one surgery to repair the lesion on his lower back, and another to insert a shunt that would control his hydrocephalus, an effect of the spina bifida.

So when the urologist approached us in the NICU and asked whether we would circumcise him, I managed a tight smile and cut the conversation short as politely as I could. Two major surgeries were quite enough, thanks. I wasn’t about to willingly sign on for a third.

The choice not to circumcise, we thought, was a no-brainer. Increasingly, it seems unnecessary for a growing majority of other parents, as well…

But it can be very necessary for some, doctors say, reiterating in a 2012 AAP statement that the health benefits of newborn circumcision outweigh the potential risks. Among the benefits is a decreased risk for HIV and penile cancer, as well as a decreased rate of urinary tract infections (UTI), according to mayoclinic.org. For circumcised males, the incidence of getting a UTI in the first year of life drops from 1 percent to .001.

A one percent risk of UTIs wasn’t compelling enough for me to consider circumcision for Henry — but all that changed one afternoon when he was six months old. After a particularly long nap, I snuck into Henry’s room to check on him — and what I found in his crib had me racing for the telephone. Henry’s cheeks were bright red, his hair was matted with sweat, and as I laid him against my shoulder, he felt like the inside of a furnace. Panic-stricken, I relayed his symptoms to our pediatric nurse, and nearly dropped the phone when I read his temperature on the thermometer: It was an astounding 105.7 degrees.

The culprit, we learned later, was a urinary tract infection — something statistically uncommon, but potentially very serious. We would never know for sure what caused it. Because of the spina bifida, we are required to catheterize Henry intermittently throughout the day. Was it the catheter that caused his infection? Was it his foreskin? That afternoon at home, as Henry recovered, I spoke to other moms I knew whose kids also had spina bifida. To my surprise, they admitted that regardless of what had caused their sons’ UTIs, circumcision had, for some, helped cut the incidence drastically. Instantly, I felt a pang of guilt.

Six weeks later, Henry’s temperature skyrocketed again.  After another visit to the urgent care and another round of heavy antibiotics, doctors diagnosed him with yet another UTI, and my resolve weakened even further. Was circumcision the right choice for us after all?…

Our choice not to circumcise isn’t one I regret, per se. Rather, it’s a decision that I still grapple with, every single day. Did we make the right decision with Henry? Could we have prevented these UTIs, and could we prevent future ones? By refusing to circumcise, by respecting his “bodily autonomy,” are we risking kidney damage, penile cancer — even HIV? Now that he’s 2 and getting recurrent UTIs, we have to revisit whether or not circumcision would be medically necessary now, as it’s something that can be done at any point in a male’s life. It’s something we’re wavering back and forth on right now, wondering, how many UTIs are too many? How many high fevers does he have to spike before we decide he needs to be circumcised?

I don’t know. I just don’t know. After our saga with UTIs, I don’t have a “stance” on circumcision, and I don’t judge anyone who chooses differently. I have no idea what we’ll do with our future sons. And it’s a hard space to live in, this space of not-knowing. Right now Henry has been UTI-free for over six months, and, as UTIs are more common in the first year of life, it’s our hope that he’s outgrown them now as an otherwise-healthy two-year-old.

But here’s one thing I do know: If we have another baby boy, and a urologist approaches us in the hospital and asks whether we’ll circumcise? I know I won’t be so quick to laugh him off again.