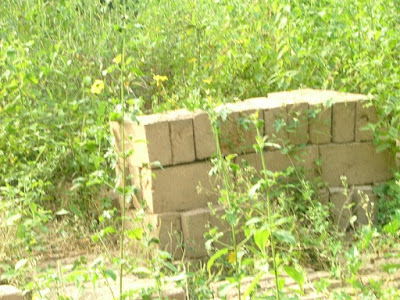 A suspected member of a gang of ritual killers, Ganiyu Tajudeen (25), has been arrested by the operatives of Federal Special Anti-Robbery Squad, (FSARS), Osun State Command, after the killing and beheading of a four-year-old Bakare Teslim, the tribune reports.

According to the media, the killing was said to have occurred in Iragbiji, the headquarters of Boripe Local Government Area of Osun State recently.

Saturday Tribune learnt that Tajudeen connived with other gang members whose names were given as Aremu Moshood (48), Agboola Abdulwasiu (31) and Ganiyu Abidoye (60) to lure the four-year-old Bakare Teslim away from his parents’ residence on the pretext of buying him groundnuts.

A police source told Saturday Tribune that the father of the victim, Mr Ismail Bakare of Agbelekale area of Iragbiji, disclosed to law enforcement agents that on getting home on the day of the incident, he was informed by an aged woman living in his neighbourhood that Tajudeen had come to take away his son to buy groundnut.

But to his surprise, when the little boy was nowhere to be seen afterwards, the response to his enquiries on the whereabouts of his son was negative, as he denied setting his eye on the boy. The disappearance of the four-year-old led to the matter being reported at the office of the FSARS and through investigation, the suspect confessed to have taken the boy to an unknown destination with the sole aim of using him for money ritual.

Tajudeen also confessed that he and his partners in crime had already beheaded the young lad, adding that the boy’s head had been buried in a shallow grave, while the body was thrown somewhere and covered with leaves.

He thereafter took the FSARS operatives to the scene where the body was thrown while the head was exhumed few meters away from where the body was recovered.
In the suspect’s confession to the police, he stated that “I am a palm fruit cutter. The mother of the boy came to my house to tell me that she would need my services to cut palm fruits, asking me to come the following day.
“But I went to her house at about 5.30p.m same day. I took the young boy with me, with the belief that no one noticed when he was going with me. I bought N20 worth of groundnut for him before taking him to my house at Iyana Olofa.” 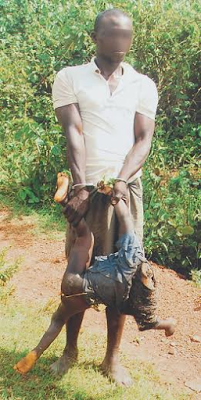 The suspect initially claimed that he got the boy at the prompting of Moshood, who had earlier asked him to bring the urine, blood and hair of a young boy when he (Tajudeen) went to Moshood for ritual to make fortune and for protection. The suspect added that he went to Abdulwasiu for the same ritual and he also asked him to bring a boy.

Tajudeen indicted his father, Ganiyu Abidoye in his statement, saying that he was the one also told him to kill a boy and bury his body so that his acts would not be exposed. He disclosed to the police that he took the deceased to Olokede bush where he cut his head with a knife and buried it, while he threw the body away.

Saturday Tribune gathered that Tajudeen had once been arrested in 2012 for stealing a child at Otapete area of Iragbiji. He was said to have been beaten and macheted by indigenes of the town before he was taken to the police station, while the rescued boy was returned to his parents. The accused Tajudeen was eventually charged to court and spent seven months in Ilesa prison.

But Moshood denied Tajudeen’s claim, saying that he was not a herbalist and could not have asked Tajudeen to bring anything for ritual. Among the exhibits found in Moshood’s house were two horns covered with red cloth, white cloth, four knives, bones, black soap and charm.

Speaking on the items, the suspect said that he was using one of the horns for self-protection while charmed arm band was also for him because of his involvement in politics. He added that the knives belonged to his wives.
It was also learnt that one of the suspects. Abdulwasiu had a pending case of kidnap in court before his latest arrest.
Meanwhile, the four suspects have been dragged before an Osogbo magistrates’ court on a four-count charge of conspiracy, kidnapping, murder and unlawful and intentional killing of Teslim Bakare.

The suspects, whose pleas were not taken by Magistrate B.B Idowu Ajao, ordered that the suspects should be remanded in prison till next date of adjournment.
The case has been adjourned till February 18, 2016.