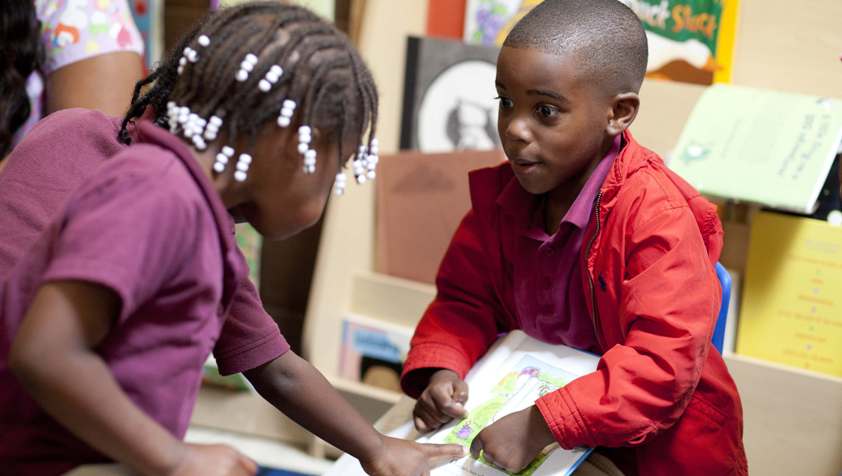 A typical child should be able to produce long and complex sentences, speak clearly, intelligently and will understand a vocabulary of tens of thousands of words by age four (4). However, some do not develop the appropriate speech and/or language skills that are expected for their age. This condition is commonly referred to as delayed speech and/or language problem. Although some children may grow out of this worrisome condition, its persistence in others could be a huge cause of concern for parents, guardians and/or caregivers of preschool age children.

Knowing what’s normal and what’s not in speech and language development can help you figure out if you should be concerned about your preschooler as you eagerly await their first words.

Birth: Cries (the baby must cry)

1 –3 months: Cries differently in different circumstances, turns to sounds, startled by loud sounds, coos in response to you.

12 –18 months: Says five-twenty words, including names, (please note that some of these words may not necessarily be understood by adults), engage in pretend play, an example is pretending to talk on the phone.

18 –24 months: Vocabulary is growing (about fifty or more single words), says two-word phrases, speech is clearer now and can be understood by strangers, uses words like ‘more’to make his wants known to people around him, understands ‘no’, waves goodbye, makes ‘sounds’ of familiar animals.

2 –3 years: Vocabulary should be around four hundred to four hundred and fifty words or more (including names), can say three-five word sentences, combines nouns and verbs, start using pronouns, beginning to use plurals and past tense, talks incessantly, matches 3-4 colours, calls self ‘me’instead of name, knows big and little, likes to hear the same story repeated, identifies body parts and objects in a picture.

3 –4 years: Vocabulary of about one thousand words, can tell a story, could use three to six words in a sentence, asks and answers questions, relates experiences, almost all speech can be understood by strangers; knows last name, name of street and several nursery rhymes, could experience some errors in tenses (this is normal).

4 –5 years: Vocabulary of about one thousand five hundred words, could use sentences with four to five words, uses past tenses, identifies colours, shapes, asks many questions like ‘why?’and ‘who?’, can count to ten.

5 –6 years: Vocabulary of about two thousand words, sentence length of five to six words, can tell you what objects are made of, knows spatial relations (like ‘on top’and ‘far’), knows address, understands same and different, identifies a money, can count to twenty effortlessly, knows right and left hand, uses all types of sentences.

READ ALSO: Hearing Milestones: Check These Signs That Your Baby Has No Hearing Problems

You need to seek an evaluation if a child over 2 years old:

It is however important to clarify that a lot of variation in speech and language development could be related to the child’s genes (maybe either of his parents was a late bloomer) and gender –girls tend to develop faster than boys.