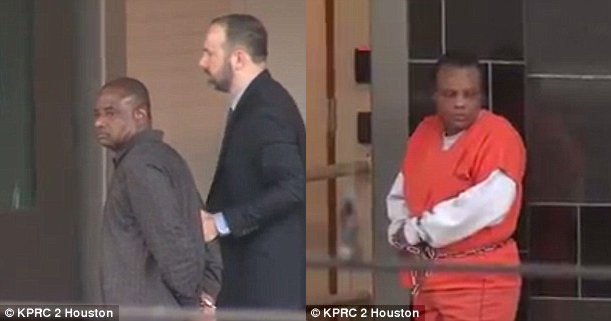 Is Nollywood Actress, Monalisa Chinda About to Remarry?

A Nigerian couple based in Texas, Chudy and Sandra Nsobundu, were arrested on Monday in Houston for allegedly holding a nanny they brought from Nigeria to the US against her will for over two years during which they forced her to work without pay and abused her.

According to DailyMail, the nanny who was made to clean, cook, and care for their children, claims she was forced to work from 5:30 a.m. to 1 a.m. every day.

The nanny also alleges the family did not allow her to eat fresh food and that she was only allowed to eat leftovers from the family’s meals. The family initially promised her a $100 per month salary which she says they never gave her. She also said she was hit by the couple, who threatened to kill her, several times and was once dragged down the hallway by her hair.

She added that if she wanted milk for her tea, she would have to strain milk from the children’s cereal bowls.

She was reportedly rescued in October last year following a tip off to the National Human Trafficking Resource Center.

I don’t know how people can treat other people like that. I’m compassionate and I don’t know if I could treat anybody like that.’

The couple are charged with forced labor, harboring an illegal alien, and withholding documents and could face up to 60 years in federal prison if convicted.