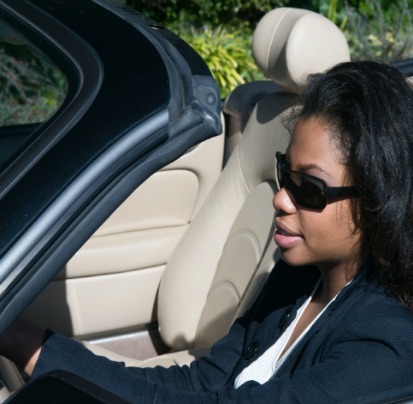 After driving a short distance like from one pole to the next, I heard those words again, so I pulled over. I glanced at my wristwatch, saw it was getting late, so I said a prayer and continued. About 15 minutes later, I noticed my brakes were not holding any longer. I slowed down and tapped on the brake pedal a few times and it appeared the brakes were back to life, so I continued.

Thank God it was a Sunday with few cars on the road. At a point, I wrapped my arms around myself but was still praying/talking. I was confessing scriptures like God has not given me the spirit of fear so I refuse to fear, the righteous are as bold as a lion so I refuse to fret….I just kept talking.

Shortly after, I noticed I was approaching a junction, so I thought to myself I must stop this car no matter what, better ruining my car than knocking down a pedestrian or ramming into another car. So I inserted the key into the ignition like I was starting the car all over to see if the controls would work, yet no difference. The car was still rolling all on its own. I turned my wheel off the road and ran into a company’s fence. Thank God for seat belt, I only sustained a few scratches on my neck caused by the forceful pull of the seat belt.

I quickly ran out to the back and took my baby out of the car. He was sleeping all the while until the crash woke him up. We were the only occupants of the car.

After the crash, I called my hubby immediately who in turn called our mechanic. The mechanic drove to the scene with one of his boys who took my baby and I home while my mechanic maneuvered my car to his garage. He later called me and asked, “madam did you say your brakes failed? I’ve checked them and they’re perfect, I didn’t even experience any hitch while driving to my garage, so I can’t really understand what you mean by the brakes failed.” I just laughed and said, “ova it’s beyond human understanding.”Ho