This Mum Gives Husband Permission to Have Extra-Marital Affairs

A 23-year-old pregnant mum has been murdered by her abusive boyfriend for allegedly refusing to get an abortion.

Candace Pickens was shot in the face at point-blank range and left for dead alongside her 3-year-old son, Zachaeus, who also suffered the same fate.

According to Washington post, Candace was quite a great mum. She had fallen in love with being a mother to her little son.

Her Facebook page reveals happy photos documenting the bond between mother and child as it strengthened over birthdays, holidays and visits with their extended, close-knit family. 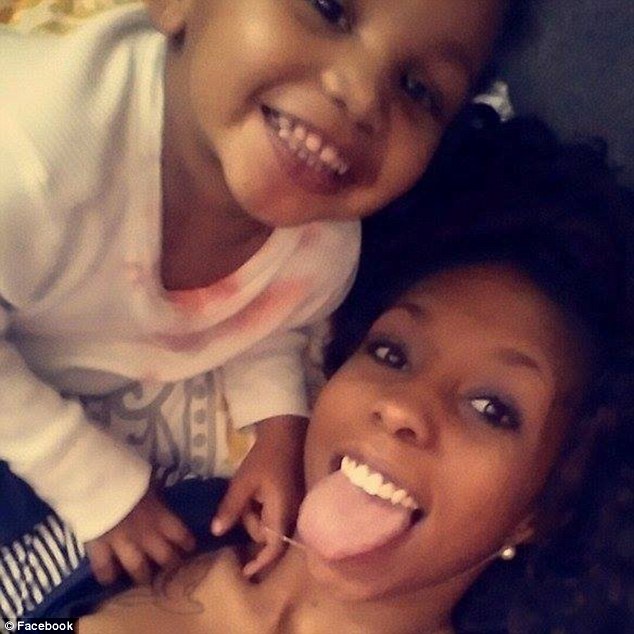 Speaking of her death, Candace’s family and friends claim that when she found out she was pregnant with Dixon’s child, she was full of excitement and planning to have the baby. She told friends and family members, she would have a second child.

Her boyfriend, however, reportedly wanted her to have an abortion.

Her aunt Irene Jenny Pickens said: ”He found out she was pregnant and he wanted her to abort the baby.”

”She would never do that. It wasn’t an option for her, and that’s what sparked the violence.

”You could tell things were going on between them based on what she was posting on Facebook — but I don’t think anyone expected anything like this.”

In addition, her relatives said she had a volatile and abusive relationship with her boyfriend, Nathaniel Elijah Dixon, 24, who was also the father of her unborn baby.

Early in the morning on May 12, her body was found by a jogger in a park in Asheville.

Zachaeus lost his left eye, has a 50 per cent chance of survival, and is suspected to have brain damage, family members said.

Mekia Waters, the boy’s grandmother, said that Zachaeus was shot in the head and lost his left eye.

On Wednesday, she said: ”My grandson is in stable condition and doing great and he has the doctors surprised. He’s moving his arms and legs and he’s doing more than what people expected.

”He’s talking, he asked for juice and he said ‘daddy,”’ she added.

”He even made his own song up about juice.”

The grandma also said her family members have not set up a GoFundMe page and have not been contacted by the creators of several existing pages that claim to be raising money for her grandson.

”My grandson is not a charity fund,” she said. We’re not asking for a dime — only prayer.”

After Candace’s murder, Dixon, who also lives in Asheville, fled to Columbus, Ohio, where he was arrested last week, authorities said.

Police said, the investigation into her murder is ongoing, as they can’t confirm whether her refusal to undergo an abortion was a motive.

”Our responsibility at this point in the investigation is to present the best case possible to the District Attorney’s Office for prosecution of the suspected offender.”

A medical examiner confirmed that Pickens was pregnant at the time of her death, police said, but that he didn’t know how far along she was in her pregnancy.

Given the medical examiner’s finding, police also charged Dixon with first-degree murder of an unborn child.

After Candace’s murder, Dixon shared three posts to Facebook in what appears to be an attempt to show that he was grieving her death before he was arrested in Columbus for her murder.

‘Candace Pickens was pregnant with my child just so y’all stupid mfs know this morning i lost my child too,’ he wrote on May 12.

Hours later, he shared two private videos of the mother on his page and hashtagged them with ‘‪#‎Ripbabymamaloveu‬’ and ‘#‎candaceuwillbemissed‬’

Many of his Facebook friends voiced support — although some pointed out that Dixon has been accused of killing the woman and unborn child he claimed to love, and nearly killing her firstborn son, as well.

Keith Ogden, a senior pastor of Hill Street Baptist Church, said: ”Not only take this young mother’s life, cut down in her prime, cannot raise her son now, but then you turn around and shoot the child in the head. ”That’s evil.”

Ogden held a memorial for Pickens at his church  on Saturday during which Pickens’s father addressed the crowd, ”saying he doesn’t have bitterness in his heart, but forgiveness.”