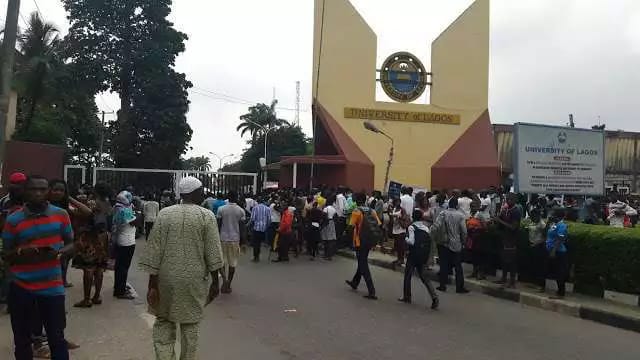 Seventeen, out of the twenty University of Lagos (UNILAG) female students have gone missing after attending a party at Lekki with N80,000 ‘thanks for coming” offer attached.

In a series of tweets shared by a twitter user, @Aphrodeity it is revealed how 20 girls went for a party but only 3 came back. The lady explained how 17 girls disappeared out of 20 University of Lagos girls who set out for a party.

Read the tweets below: 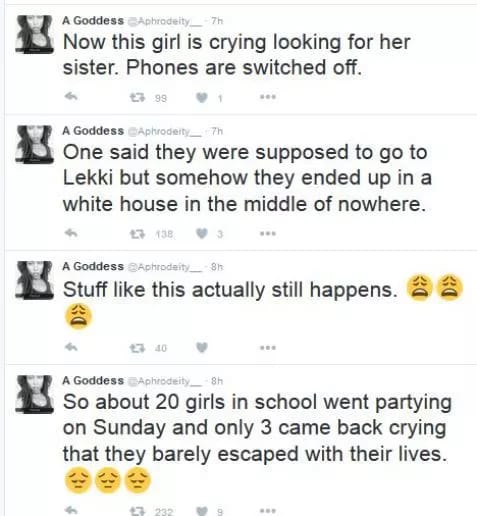 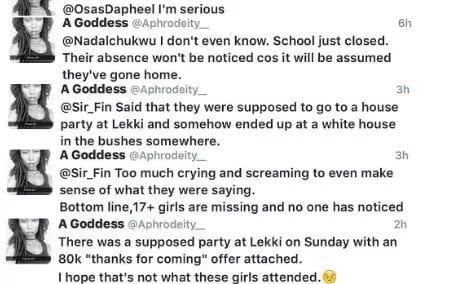 While some think they might have been used for rituals, some are of the opinion that it might be that the girls have been abducted for human trafficking to be later used as high end prostitutes, escort services etc.