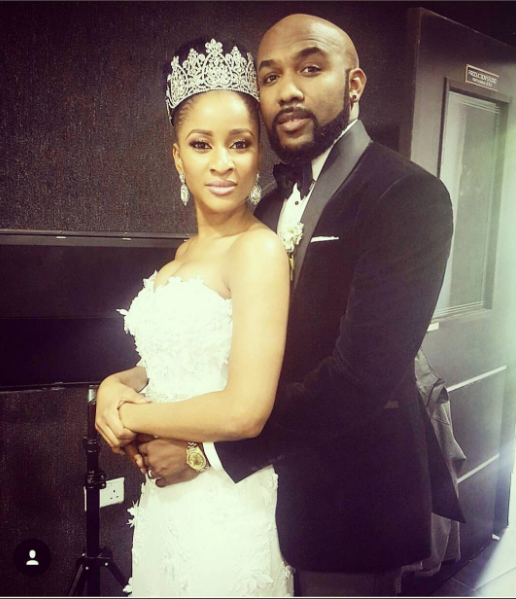 Empire Mates Entertainment boss, Banky W and 2016 AMVCA Best Actress Adesua Etomi each shared a photo of themselves in an embrace wearing wedding outfits via their Instagram pages yesterday, and it really got people talking.

The actress captioned the photo “Worth a thousand words … But all I’ve got is 4” and it got quite a number of comments from fans, with some saying they were a cute couple.

It turns out that the photo was taken on the set of a movie titled The Wedding Party by EbonyLife Films. Etomi plays the role of an only daughter and a 24-year-old art gallery owner in the movie,  while Banky W is an IT entrepreneur she is about to be married to.

The movie, directed by award-winning filmmaker, Kemi Adetiba, is currently being filmed in Lagos. It was written by Tosin Otudeko and Kemi Adetiba, and has as its executive producer, Mo Abudu, with a collaboration of leading film powerhouses, including EbonyLife Films, FilmOne Distribution, Inkblot Productions and Koga Studios.

‘The Wedding Party’, the second offering from EbonyLife Films, will be in cinemas nationwide in December 2016. 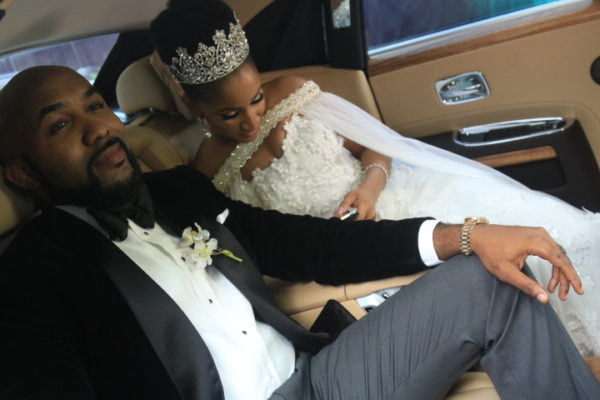 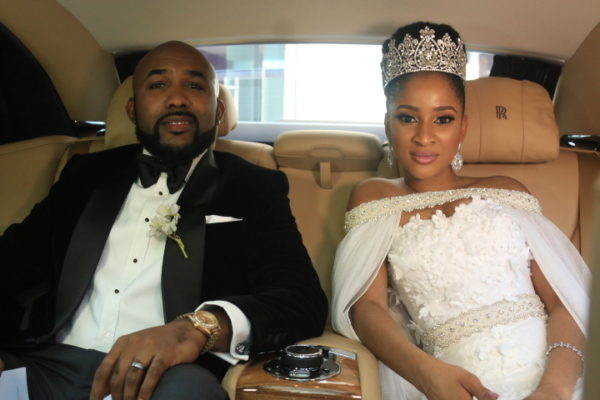