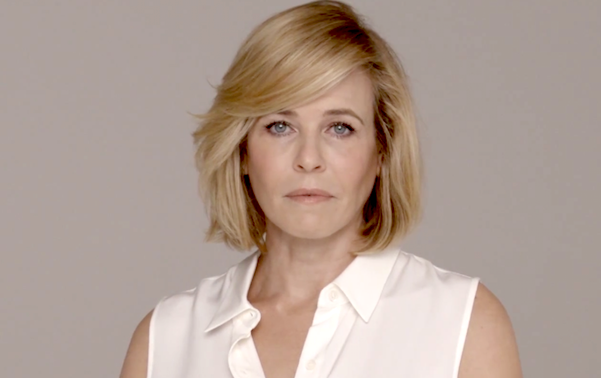 Former ‘Chelsea Lately’ host Chelsea Handler has revealed in a very honest way that she had two abortions for the same guy within the gap of one year when she was 16.

She broke the news about her experience in an essay for Playboy magazine’s “Freedom” issue, claiming she wouldn’t be where she is today if she hadn’t had the right to choose.

Read the essay below…

”When I got pregnant at the age of 16, getting an abortion wasn’t the first idea that popped into my unripened brain. I was going through a very bad stage in my life.

”I hated my parents and I was having unprotected sex with my boyfriend, who was not someone I should’ve been having sex with in the first place, never mind unprotected sex. I wasn’t really playing with a full deck of cards, and when I got pregnant I just thought, Why not? I can have a baby.

”Maybe I’ll have twins and give them rhyming names! Of course, the idea that I would have a child and raise it by myself at that age, when I couldn’t even find my way home at night, was ridiculous. My parent recognised that, so they acted like parents for one of the very first times in my life and took me to Planned Parenthood. 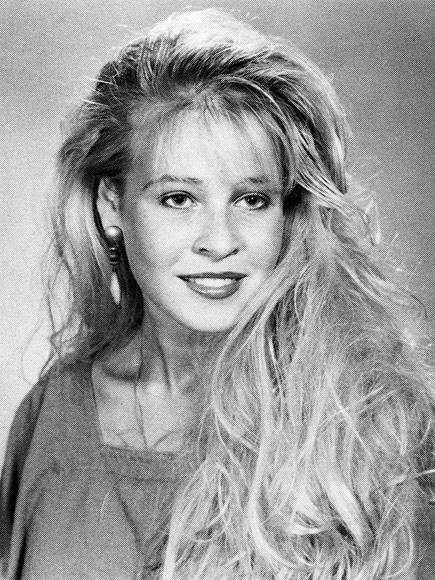 ”I felt parented, ironically, while I was getting an abortion. And when it was over, I was relieved in every possible way. And I didn’t have just one abortion; I had two in the same year, impregnated by the same guy. I didn’t have the money the second time.

”I had to scrape together the $230 to pay Planned Parenthood, but it was a safe abortion. Getting unintentionally pregnant more than once is irresponsible, but it’s still necessary to make a thoughtful decision. We all make mistakes all the time.

”I happened to fuck up twice at the age of 16. I’m grateful that I came to my senses and was able to get an abortion legally without risking my health or bankrupting myself or my family. I’m 41 now. I don’t ever look back and think, God, I wish I’d had that baby.

”Like millions of women, I can live my life without an unplanned child born out of an unhealthy relationship because of Roe v. Wade. It’s infuriating to hear politicians make bogus promises about overturning this ruling that has protected us for more than 40 years. It’s infuriating to hear them pander to the Christian right with promises they have no chance of keeping.

”(By the way: Even if there is a God, I highly doubt he wants everybody to go through with their pregnancies.) And it’s even, more infuriating to watch politicians find ways to subvert Roe V. Wade, passing lesser laws that close clinics or restrict abortion access for women. At least five states—Mississippi, Missouri, North Dakota, South Dakota and Wyoming—currently have only one clinic left within their borders.

”But despite all that, I don’t buy that Roe v. Wade is in danger. We’re too far ahead of the game. Once you go forward in history, you don’t go backward. That would be like the government saying, “Okay, we’re taking away your right to vote too.” You can’t introduce a black person and be like, “Oh, I just got a slave!” That era is over.

”It’s similar to what’s happening in Mississippi and some other states with gay-marriage discrimination—marriage equality is going to take. You can’t stop that. We’ve already made the decision, and now we’re moving on to transgender rights. And it’s a wrap on men deciding what women can do with their bodies.

”I doubt this is something America will ever agree on. Again, it’s like racism and sexism: People will be racist if they’re innately built that way, but whether they can act on their racism or not is a separate issue. There are people who think women shouldn’t hold high-powered positions, or who think Obama is Muslim, and it’s okay for them to have those thoughts; they just can’t act on them in a civilized society. It’s okay if you think it’s not right for women to have abortions—but it’s not your problem, because we decide.

”It’s okay if you think it’s not right for women to have abortions—but it’s not your problem because we decide.

”We have 7.3 billion people on this planet. Anybody who carefully decides not to become a parent—let alone a bad parent, which is what I would have become—should be applauded for making a smart and sustainable decision.

”I’d love for somebody to try to tell me what to do with my body. I dare them.”