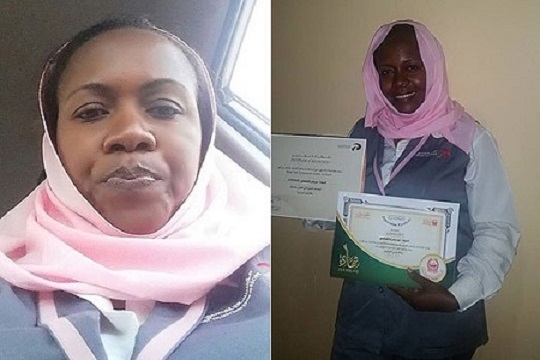 A 35-year-old Kenyan woman has made herself and family proud after being awarded the prestigious Best Driver award in Dubai, United Arab Emirates.

It was an unforgettable day for the Nairobi single-mum as she was on Thursday crowned the best taxi driver by the United Arab Emirates government. Ms Peris Wangechi, a staunch Christian had to learn how to wear a hijab, which is part of the company’s official uniform during working hours. 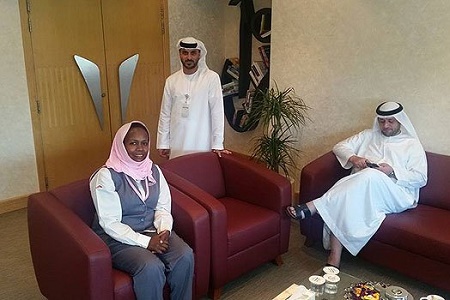 Following her exceptional services and conduct, Ms Wangechi, who has been a taxi driver for 6 years with ‘Dubai Taxi Corporation’, became the first Kenyan to win the award, Nairobi News gathers.

The Dubai police department rewards taxi drivers annually with certificates and monetary gifts on the basis of zero accidents, zero traffic offenses and zero black points on their driving licence. 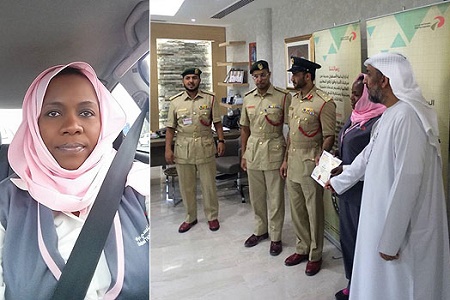 Speaking of her joy in an interview on Friday, Ms Wangechi, whose family lives in Kahawa West said: “It was overwhelming since it was a surprise and I least expected it especially from the senior police sergeants.”

Her now teenage son visits her during the April and August school holidays and she also travels home in December to see her family.

“I’m entitled to 60 days annual leave so that we see each other often. During his school holidays, he visits and I am in Nairobi every December,” said the proud mother.

She moved to Dubai 10 years ago leaving behind her then three-year-old son under the care of her mother in Nairobi. Ms Wangechi has in the past received internal recognition and salary increments from her employer Dubai Taxi Corporation for being an excellent driver.