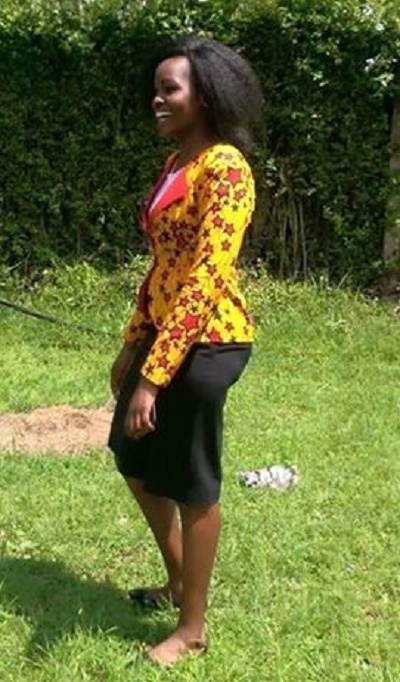 A family has been thrown into grief after their 22-year-old daughter was brutally murdered by a man who sponsored her to school for dumping him.

The shocking incident reportedly happened in Ghana and was shared by a Ghanaian musician identified as Opanka on Facebook.

According to his post, following the break up, the man who sponsored her education and spent so much on her couldn’t take it and acted in a shocking manner as revenge. 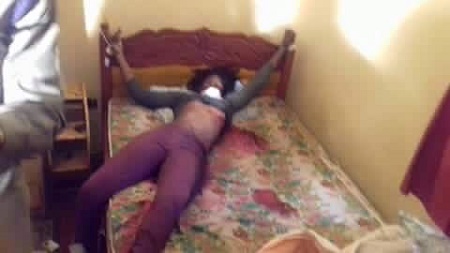 “This beautiful lady was only 22-years-old, she was killed by his Sponsor for dumping him. The guy had spent a lot on her education, but after she graduated she decided to dump him & went to live with her boyfriend. 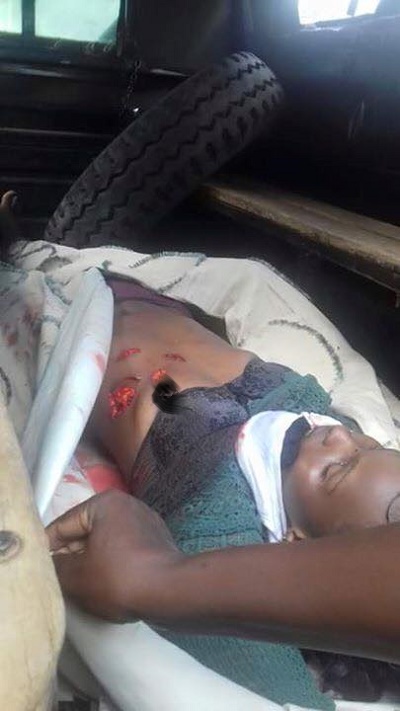 ”What a loss to the family, she had parents, brothers & Sisters who had great hopes on her.

”Now she is gone & gone 4 good, never 2 be seen again. Dear young Ladies can you kindly think on this. Be Principled and live within your means.

”NB:- Ladies be very vigilant n appreciate your background and be satisfied with the little you have alright, don’t let money deceive you because MEN ARE NOT TOYS… Share and let others know!!!” 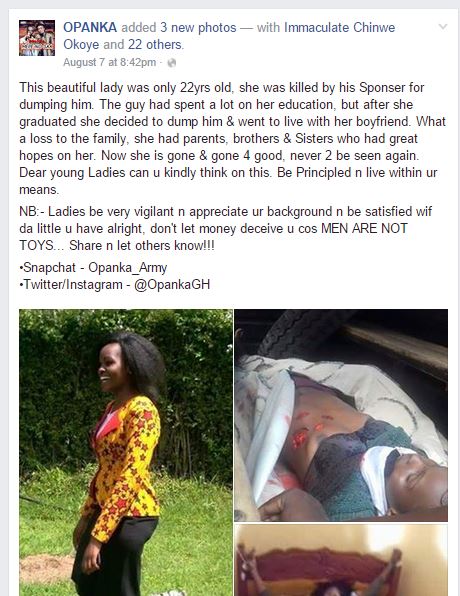