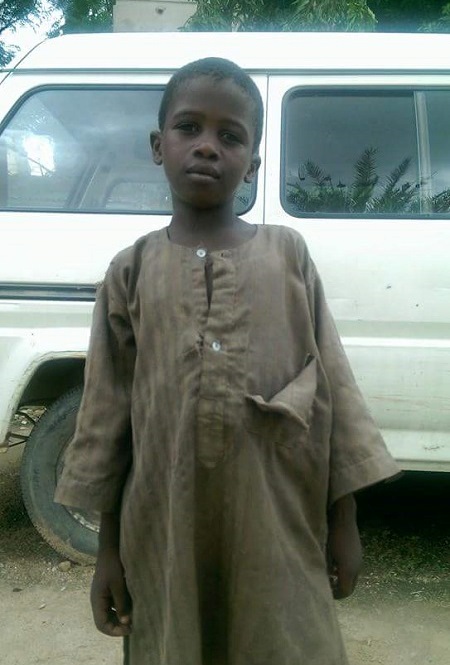 In what comes across as a really heartbreaking situation, a young boy has reportedly been left on his own without food and shelter in Kano.

The 10-year-old boy identified as Sayyid, was reportedly found roaming the streets of Kano in search of food and shelter, following the separation of his parents.

The pathetic story was shared on Facebook by a journalist identified as Jafaar Jafaar. According to him:

A ten year-old-boy, simply identified as Sayyid, is roaming the streets of Kano in search of food and shelter, following the separation of his parents.

The ordeal of the minor started two years ago when his mother’s new husband said he would not accept “agola” (a derogatory term for a stepson) in his home.

At this point the boy had no option but to go back to father, who just married a richer woman and settled in her house.

Narrating his situation to ‘Freedom Radio’, a local station in Kano, Sayyid said when he returned to his father, his father’s new wife also said she would not accept “agola” in her house.

According to Sayyid, his father then concurred with his bride’s directive and sent him away.

Since then, Sayyid had no option but to wander around the city in search of food and shelter.

“I join beggars to get what to eat, and I sleep anywhere I find myself,” he said.

“It is always difficult for me to get what to eat. My dream is to go to school and become rich so that I can buy food to people.” 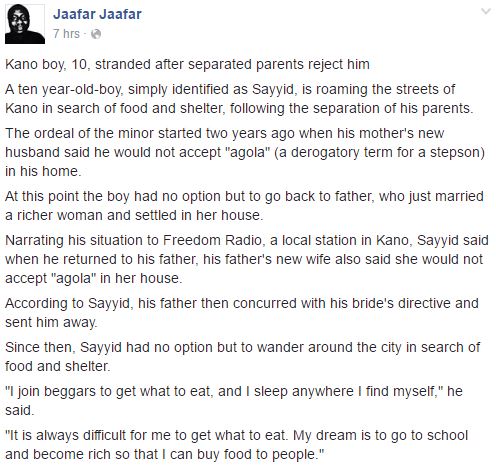