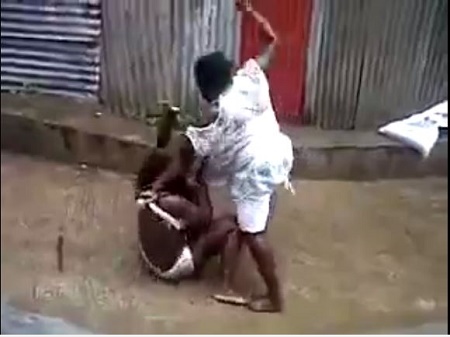 “Expect baby number 4.” Mercy Johnson Says To Fans Who Slammed Her For Not Spacing Her Kids

A mother has disgraced and left her teenage daughter with serious bruises after flogging her mercilessly in public for allegedly visiting a man’s house against her wishes.

According to the video footage which has been making rounds online, the unnamed mother gave her daughter serious beating with a cane as she was stripped half-naked.

Some people have alleged that the mother took the serious measures because the daughter might have had sex with the man.