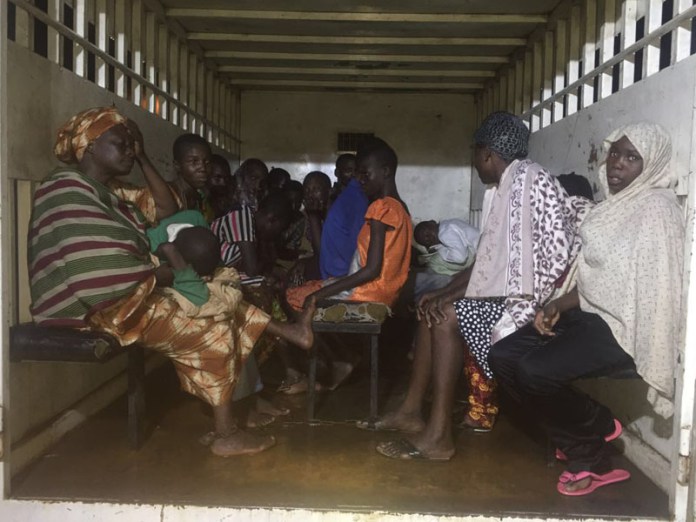 During the weekend, 13 children and 15 adults chained and locked up by one Emmanuel Adeyemi at the Oke-ira area of Ojodu, Lagos, have been rescued by the Lagos State Police Command.

According to reports, the Commissioner of Police, Lagos State Police Command, CP Fatai Owoseni, acting on an information, had deployed operatives from the Area G Command Headquarters to the scene.

At first, information gathered claimed that a teenager was chained in the house at Oyinbo Unity Estate, Olamidun Close, Yakoyo, Oke-Ira, Ojodu, subsequent search of the residence by the police revealed 27 others apart from the 17-year-old Toba Adedoyin, the Police had gone to rescue, ThisDay gathers.

“The command received a report through Area ‘G’ Command Headquarters, Ogba, that a child was chained in a house at Oyinbo Unity Estate, Olamidun Close, Yakoyo, Oke-Ira, Ojodu.

“Consequently, a team of policemen was mobilized to the location where a teenager named Toba Adedoyin  aged 17, was found in a room with a chain on his legs.

“The victim was allegedly chained by one Emmanuel Adeyemi who claimed to be his father, in order to restrain him from going out.

Further search of the premises led to the discovery of other people chained by the suspect and a total of 28 persons, comprising six adult males, nine adult females, seven female children and six male children were rescued and taken to protective custody.

A suspect has been arrested and is currently undergoing interrogation as the command is working assiduously to get to the root of the occurrence.