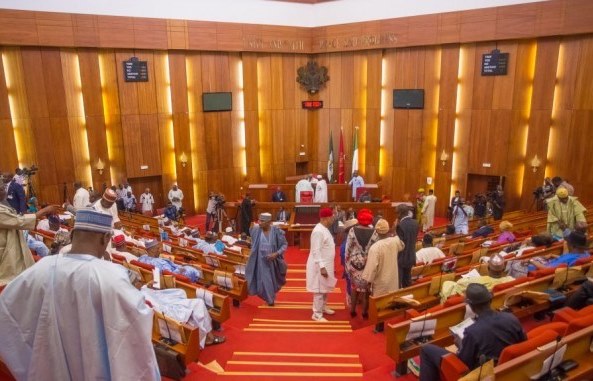 12 Ways You Are Treating Your Husband Wrongly

Yesterday, 29th of September, the Gender Equality Opportunity (GEO) Bill which has been suffering major setbacks since last year scaled through its second reading at the senate.

Vanguard learnt that the senator representing Ekiti south‎, Abiodun Olujimi, reintroduced the bill after it was rejected in October 2015, when some members opposed it‎ on the grounds that it was in conflict with their religious and cultural beliefs.

Mrs Olujimi, while speaking on the bill explained that the GEO did not seek to undermine‎ the beliefs of Nigerians but address women’s freedom of movement, female economic activity, girls’ access to education, equal rights for women in marriage, divorce, property/land ownership and inheritance, appropriate measures against gender discrimination in political and public life, and prohibitions of violence to women.

”It seeks to promote equality and development of all persons in Nigeria.

Also speaking, Remi Tinubu, a senator from Lagos central,‎ urged her colleagues to support the bill.

”I rise to support this bill, and I urge my colleagues to do the same. We cannot undermine the role of women in society.

The bill was mentioned on the floor today and was not opposed by any of the senators. It has now been forwarded to the senate Committee on Judiciary for more legislative consideration.

Recall that the GEO was first rejected by majority of the male senators when it was first read in March as most of them felt the bill, if passed, will give women more power and this according to them was against the African culture. Some of the senators even alleged that the bill will turn some women into prostitutes and lesbians.
2
SHARES
Share on FacebookTweet thisEmail to friends
Tags
Abiodun Olujimi gender equality bill Remi Tinubu Second Reading Senate
7 Comments
Jumoke Simi September 30, 2016
Recent Posts