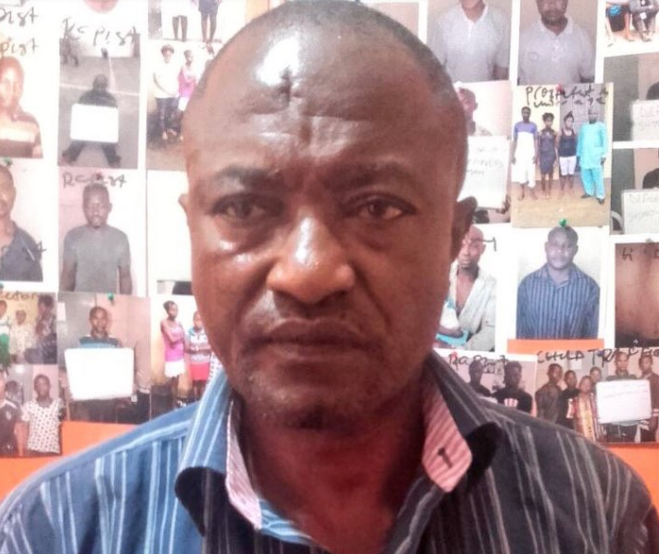 Week 3: Your Pregnancy, Week By Week

Yesterday, Tony Ehumadu, a 49-year-old father recently caught sleeping with his 15-year-old JSS 1 daughter in their Oko-Oba home in Abule-Egba, Lagos State, spilled on how he had been defiling the teenager.

According to information gathered by Vanguard, the suspect, a businessman who hails from Mbaise area of Imo State, was caught in the act by his wife, a Customs officer. He was arrested after one of his brothers-in-law reported the case to the police and admitted to have slept with his daughter twice, adding that the first time, he was under the influence of alcohol.

”I did the abominable act with my eldest daughter. But I only raped her twice. I don’t know what came over me. I am convinced that forces beyond me led me into committing the crime.

Both incidents happened on Fridays. One Friday night, one of my friends invited me to a naming ceremony around Power Line, New Oko-Oba. I came back home drunk but my wife was not around. All my children, except the eldest, were asleep.

Immediately, I rushed in and raped her. I did not meet her as a virgin. But the second time, my wife was at home.

That Friday night, we were all watching a movie, when I suddenly stood up and went straight into my daughter’s room and started raping her. It was at that point that my wife caught me and started shouting.

My wife did not want to go to the police because of the embarrassment it would bring to the family and because of her reputation as a Customs officer. But her brother did.”

According to the Lagos State Police Command boss, Fatai Owoseni, the suspect would be charged to court.