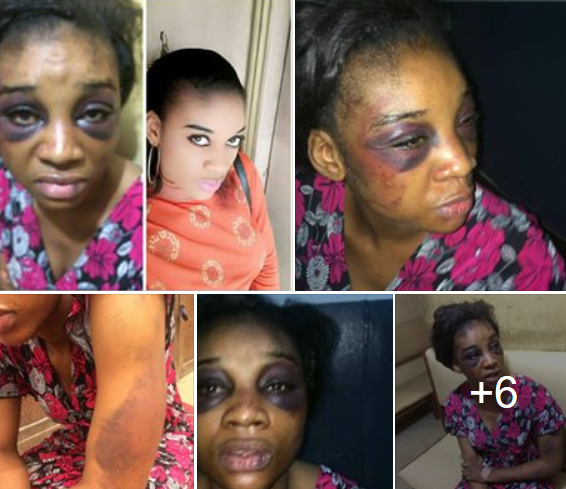 Yesterday, we reported how a woman, Ifeoma Ojiakor was allegedly abused by her husband, Victor Ojiakor, who beat her and stabbed her private part with a broken bottle on December 25th over alleged infidelity with his sales representative (read here). 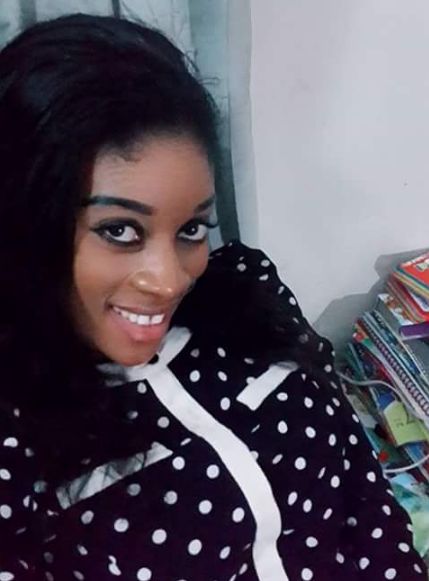 On her hospital bed, the mother of three took to her Facebook wall to tell her sad story. 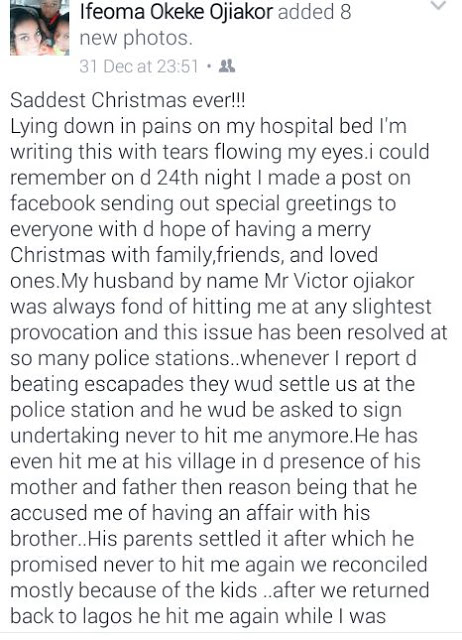 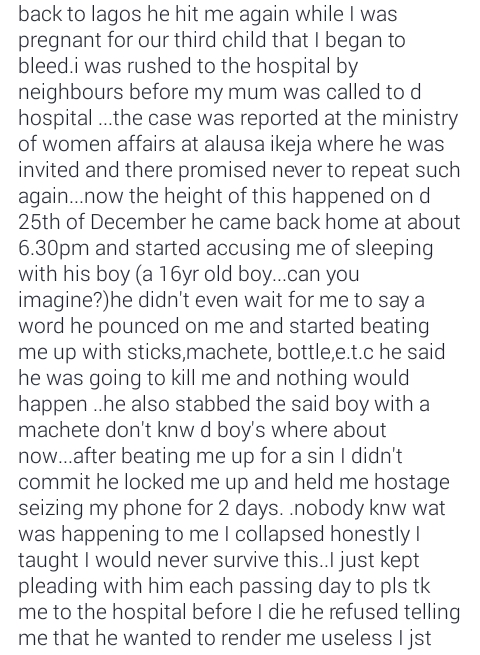 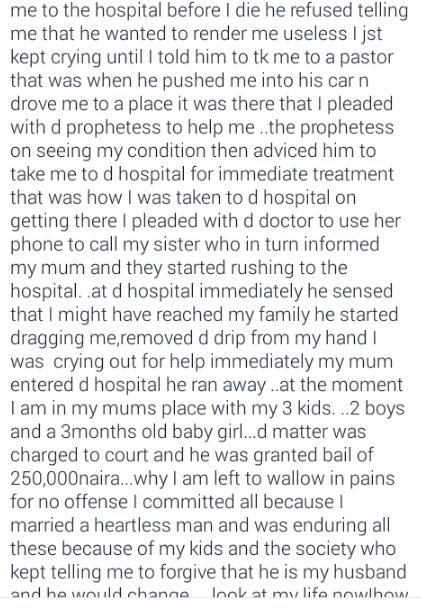 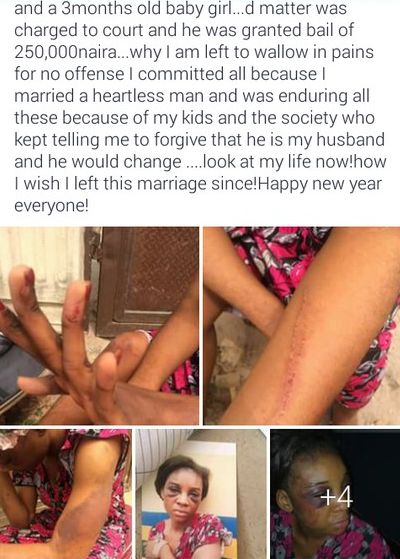 ”Saddest Christmas ever!!! Lying down in pains on my hospital bed I’m writing this with tears flowing my eyes. I could remember on d 24th night I made a post on Facebook sending out special greetings to everyone with d hope of having a merry Christmas with family,friends, and loved ones.

My husband by name Mr Victor ojiakor was always fond of hitting me at any slightest provocation and this issue has been resolved at so many police stations..whenever I report d beating escapades they would settle us at the police station and he would be asked to sign undertaking never to hit me anymore.He has even hit me at his village in d presence of his mother and father then reason being that he accused me of having an affair with his brother..His parents settled it after which he promised never to hit me again we reconciled mostly because of the kids ..after we returned back to Lagos he hit me again while I was pregnant for our third child that I began to bleed.i was rushed to the hospital by neighbours before my mum was called to d hospital …

The case was reported at the ministry of women affairs at Alausa Ikeja where he was invited and there promised never to repeat such again…now the height of this happened on d 25th of December he came back home at about 6.30pm and started accusing me of sleeping with his boy (a 16yr old boy…can you imagine?)he didn’t even wait for me to say a word he pounced on me and started beating me up with sticks,machete, bottle, e.t.c he said he was going to kill me and nothing would happen ..

for 2 days. .nobody know what was happening to me I collapsed honestly I taught I would never survive this..I just kept pleading with him each passing day to please take me to the hospital before I die he refused telling me that he wanted to render me useless I just kept crying until I told him to take me to a pastor that was when he pushed me into his car n drove me to a place it was there that I pleaded with d prophetess to help me ..the prophetess on seeing my condition then advised him to take me to d hospital for immediate treatment that was how I was taken to d hospital on getting there I pleaded with d doctor to use her phone to call my sister who in turn informed my mum and they started rushing to the hospital.

At d hospital immediately he sensed that I might have reached my family he started dragging me,removed d drip from my hand I was crying out for help immediately my mum entered d hospital he ran away ..at the moment I am in my mums place with my 3 kids… 2 boys and a 3months old baby girl…d matter was charged to court and he was granted bail of 250,000naira…why I am left to wallow in pains for no offense I committed all because I married a heartless man and was enduring all these because of my kids and the society who kept telling me to forgive that he is my husband and he would change ….look at my life now!how I wish I left this marriage since!