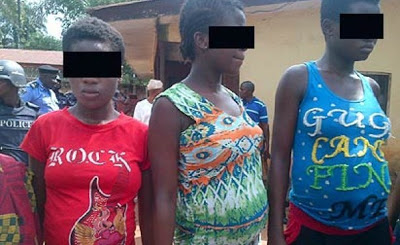 Borno state officials have discovered a baby factory in Galadinma area of the state. Children were allegedly sold to various people. The police have arrested four women on account of this. Not so long ago, a pastor was accused of running a baby factory  in the state of Ogun,(read here).

Vanguard reports that the commissioner for Justice, Kakashehu Lawal, confirmed this development stating:

“The trend is a notorious fact which occurred in Galadima area in the state capital. After the restoration of relative peace in state capital and its environs, a lot of anti-social activities started to emerge ranging from drug addiction, lawlessness and prostitution.

On Sept. 12, 2016, we got an intelligence report by our civilian Joint Task Force JTF, in Gwange area in the town and we mandated them to arrest a woman who delivered a baby boy and came home without the baby.

The commissioner disclosed that one baby was recovered while another was rescued while raiding the factory. He added that:

“Sponsors of the factory were also arrested. The suspects were arraigned before the High Court Number 13. They are now in the maximum prison pending the next court hearing on the matter”