Celebrity Couples, News Around the World 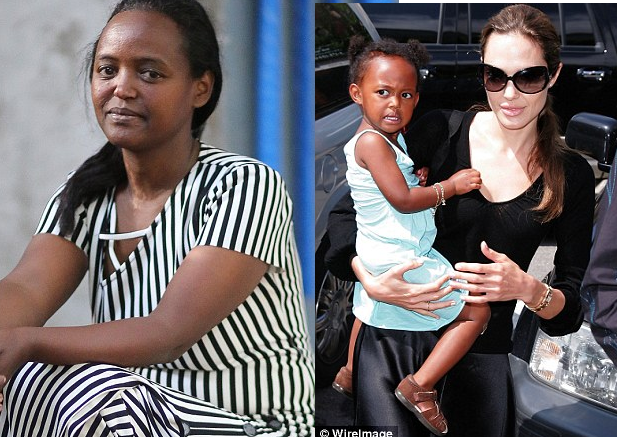 The biological mother of Angelina Jolie‘s adopted Ethiopian daughter, Zahara, has made a heartfelt plea to the actress telling her: ‘Please just let me talk to my daughter’.

The mom who is said to be poverty stricken, is named  Mentewab Dawit Lebiso, and is  31 years old. She lives in Ethiopia. Speaking to Daily Mail Online through an interpreter, she said she is desperate to be part of her 12-year-old daughter’s life, as she has never stopped thinking about her after more than a decade.

Jolie, 41, adopted Zahara at 6 months old as a single mother in 2005, and her then-partner, Brad Pitt, 53, requested to legally adopt the girl a year later. 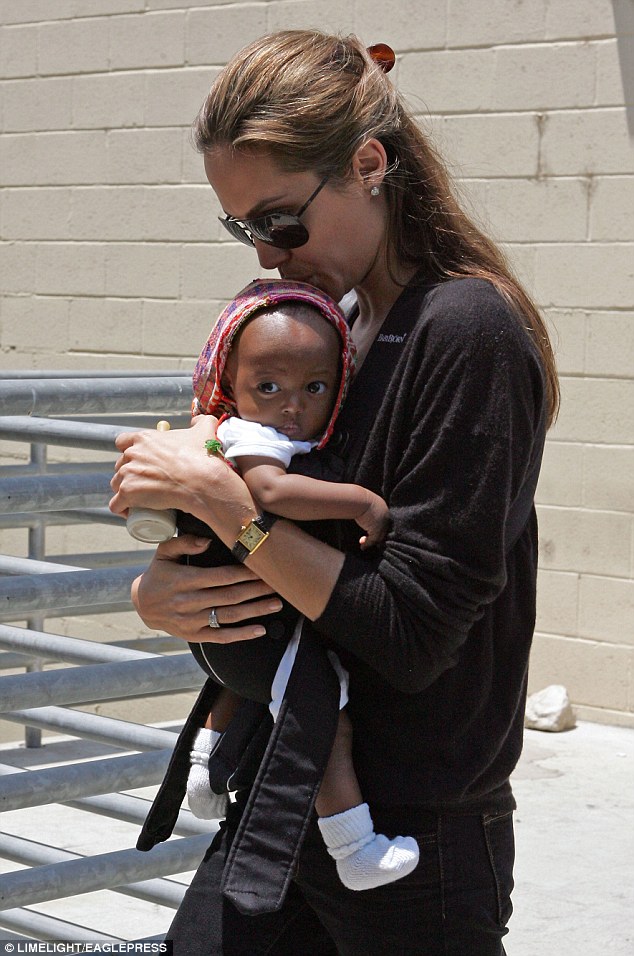 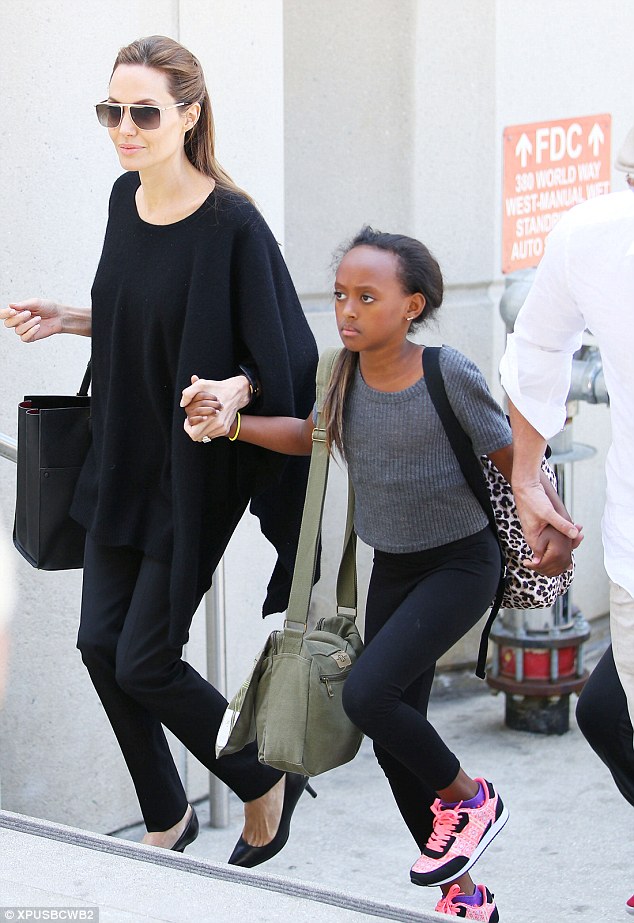 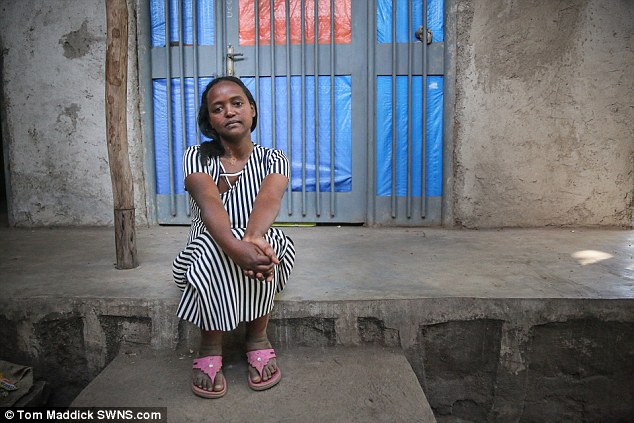 ”I just want her to know that I am alive and here and long to be able to speak with her. I do not want my daughter back but just to be in contact with her and be able to call her up and talk with her.

Angelina has been more of a mother to her than I have ever been. She has been with her since she was a baby, but that does not mean I do not miss her. I miss her all the time. I think about her every day and long to hear her voice or see her face. I know when she has a birthday but I am sad because I can’t celebrate it with her. I would so much want to celebrate with her on her birthday and other special days. … I long to be able to have regular contact with her.

I would ask Angelina to let me speak with [Zahara]. I do not think it is too much to ask.

I would like Zahara to know she has a mother who loves her as much as Angelina. Before I die I would like her to know about me and that she has family here in Ethiopia.”

Lebiso, who gave birth to her daughter when she was only 19 in 2005, says she doesn’t know the father of her baby because she was brutally raped by an unknown man who broke into her grandmother’s house in Shone, while she was there for a visit.

She said when she gave birth to her baby girl, she named her Yemasrech, which in her native Amharic language, means ‘good news’.

She said after she got pregnant from the rape, she was too scared to tell her parents, but when the pregnancy began to show, she was forced to tell them. After breaking the sad news, her family initially disowned her, so she went to live in the nearby town of Hosanna where she says she gave birth to her daughter in January 2005.

Due to lack of money and nowhere to live, Lebiso said her daughter became severely malnourished and was close to death.

”My baby was sick and I was very weak and sick after the birth,” she said.

Lebiso’s mum, Almaz Elfneh, in a previous interview said Lebiso left the baby with her and ran away when she couldn’t provide for her anymore. 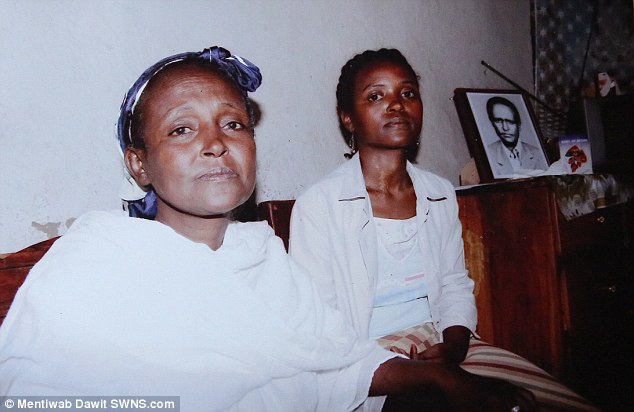 But Lebiso denies abandoning her child, adding that she was simply too sick to cater for her. She said:

”I could not look after her and my mother, uncle and his wife suggested I put her up for adoption. I was so weak I agreed. I agreed that she should be put up for adoption but if I had my chance again I would have kept her.

By taking her Angelina has saved my baby’s life and she also saved my life. I will always be very grateful to her for that.”

Lebiso further says she knows about the divorce between Jolie and Pitt (read here) and that she also knows about the allegations made against Pitt, claiming she knows that Pitt is a good father but that she’d rather have Zahara stay with Jolie.

“She is a good mother and all children should stay with their mother,” she said. I am sorry that they are splitting up and I will pray for them, but I do not think it will affect Zahara that much.”

There is no suggestion Jolie did anything illegal in the adoption, or was aware of Zahara’s apparent history. Lebiso, who now attends College and lives in a home that was built for her by her father before he died revealed that she has never married and made the decision not to have any more children. She continues:

”I have given away one baby and I do not want to give away another. I want to have the means to support my own child. If I was faced with giving away another child I would do everything in my power to stop that.

I would beg every day and go door to door asking for help before I gave away another child. I do not want to be reliant on anyone and that is why I have never married. I want to be able to support myself. To do that, and one day start a family.”

It seems, however that the A-list former couple were unaware at first that Lebiso was alive because they were told Zahara was orphaned when they adopted her.

The Wide Horizons For Children agency in Addis Ababa, Ethiopia’s capital, handled Zahara’s adoption and on Jolie’s return to the US with Zahara, reports surfaced that her birth mother had died from AIDS.

In a 2006 interview, Jolie told CNN of Zahara, “She’s from Ethiopia, she’s an AIDS orphan.” Seems they discovered Zahara’s birth mother was alive when she gave her first interview in 2007.

Lebiso says she is still angry that people were led to believe that she had died from AIDS when she is still alive and healthy albeit poor and blames a ‘Mr Fix-it’ who handled the adoption for making up the story that she had died of AIDS.
Photo credit: Mentiwab Dawit SWNS/ Mail Online
376
SHARES
Share on FacebookTweet thisEmail to friends
Tags
adoption Angelina Jolie Brad Pitt Mentewab Dawit Lebiso Zahara Jolie-Pitt
8 Comments
Jumoke Simi January 19, 2017
Recent Posts