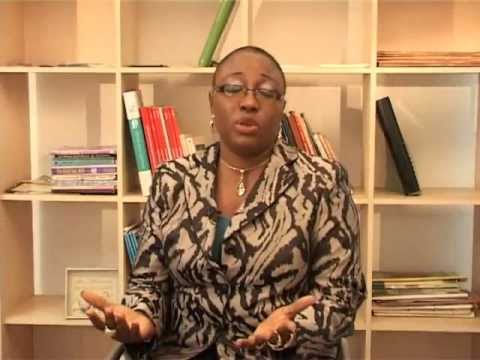 Wife of Dr. Abayomi Ajayi of Nordica Fertility Centre, Lagos, Tola Ajayi, who has some advice for married couples about how to spice things up in the bedroom.

In this educative and enlightening interview with SunNews, the popular sex and relationship counselor, opened up on the recipe for a good sex life, and more.

Below are excerpts from the interview:

How long have you been a sex therapist?

Sex therapy has always been something I have been doing even without training. For a long time, I talked to people a lot about relationships, sex and fertility. The sex thing came up, because when you counsel people on fertility there’s no way sex would not come up. I started the training about 7 or 8 years ago on and off and went for some training at Budapest in Europe last year. Also, I was trained in different aspects of counseling and that’s what I’ve been doing for some years now.

What’s a good sex life like; does positioning have anything to do with it?

When you explore, when you try to look for reasons why a couple is not enjoying sex with each other, it will help the therapist to know how to go about it. Positioning is part of it. We just have a stereotype of how sex should be between couples especially as Nigerian men are not so romantic.

They just want to have sex because they are moved by what they see. That’s why you may see a man standing behind a woman and having an erection, even though he has not met the woman before. It’s not so with the woman. Positioning is telling them how to spice-up their sex life such that it’s not always just about the missionary position. A couple can try other positions comfortable for both. You can do it in the kitchen if you like and it will be interesting.

Husband and wife should tell each other, “I want you to touch me here” as we all have fantasies but we seldom express them. That’s why men go out to have girlfriends who are ready to give them “what they want” and the man will come home, just chop and clean mouth. Some women are terrible too. I’m a woman also.

Your husband may say “let us do it in the kitchen” and they’ll say “God forbid, you are a sinner” just because he wants it in the kitchen. The man will go out and do it in the bathroom of somebody else and if the woman out there has her own separate kitchen, he will do it there. Do it anywhere, anyhow as long as it’s convenient for both of you. It doesn’t have to be on the bed, it can be on the floor, anywhere. You can tell your husband maybe during his lunchtime there’s something you want to show him and you are there naked and you do a quickie before he goes back to work. That’s how it’s supposed to be.

I tell you, a large percentage of men want this but they can’t say it to their wives because of the way she would react. They’d rather do it with the other woman who does not have anything to lose. If the woman at home were able to do that, the man probably would not go out. Some men’s spouses may even be more attractive than the other woman, but that means little to them if they can’t satiate their fantasies with their spouses.

Could you recall any memorable cases among your clients?

I have a lot but they have different challenges. Among them is a couple who has had about 16 IVF treatments both locally and abroad and after the 16th attempt the woman now has a set of twins. After the first set of twins, within a year, she did another treatment and had a second set of twins but the 16 attempts were not done in Nordica alone. She had four with us. You look at her situation and exclaim oh, this is God at work. When I look at the babies, I could recognize them and remember what happened. For instance, a husband came in and was unable to produce semen on the day of treatment and that can kill anybody. Not that he had the challenge of erectile issues but he just went into the semen room and was unable to produce semen for treatment. It became a big issue.

I told the man, why don’t you drink stout, maybe you will have some kind of energy. The woman said “No my husband doesn’t drink stout”. I told her that it’s not about drinking and the man went out, took a bottle of stout and he came back. He went into the semen room and came back and knocked at my door and he just did thumbs up to me. The wife got pregnant and had a son. There was a third man too who couldn’t have an erection. I told him we have films he could watch and the wife said “film”? No he can’t do that”. I reiterated just leave that one, go and watch a film and they did.

What kind of film?

Blue films. The man watched them with his wife and they were able to produce triplets. There are lots of memories.

So, you recommend blue films?

Yes, especially when the man cannot have erection. He needs something to stimulate him. Most times, it’s not as if they have problems with erection at home but because of the anxiety of having to produce in the clinic on treatment day even for a test.

But Christianity and Islam preach against pornography, especially churches. What’s your take on that?

What’s your advice to couples generally?

They should tell them “this is what I want” and especially if your wife ties wrapper around the house, get her a sexy nightgown or lingerie and let her know “this is what I want you to wear.” But some women too will not wear it even when the man buys it as they are like “Why should I wear G-string, God forbid”.

There’s nothing like God forbid there. The man wants it. Take some time out and leave the children for someone to take care of; so when you are alone for a weekend you can do whatever you want to do for yourselves. I advised at a forum recently that if you want your husband to have a head-on, go ahead, do it. If you also want him to go down, let him have the pleasure, let him do it. But it’s something that both of you will have to agree on.