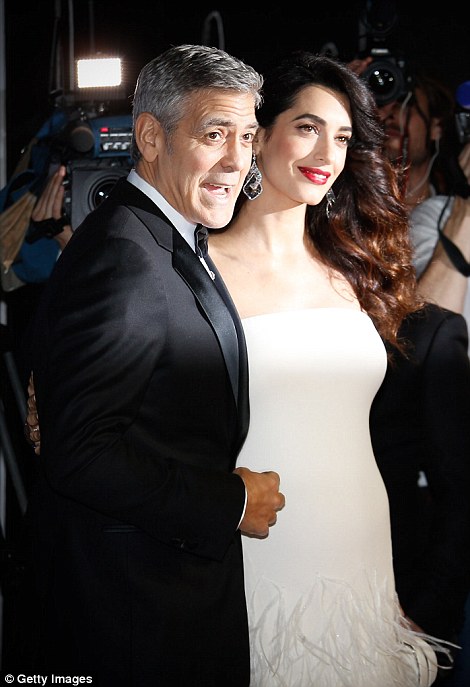 It is not news anymore that veteran Hollywood actor, George Clooney is expecting his first children, a set of twins with his human rights lawyer wife, Amal. The couple made their first public appearance after George’s mother let the cat out of the bag, revealing in an interview that the pair were having twins, read here.

Read Also: “Being a father at 56 will change a lot of things” – George Clooney

Daily Mail reports that George was was eclipsed by his wife, who looked angelic in a sweeping feathered Ombre ball gown. They made their way across the red carpet for the 42nd César Awards Ceremony in the French capital’s Salle Pleyel. She looked simply ravishing, as she effortlessly displayed he tummy, proving without a doubt that she is one woman who rocks the pregnancy glamorously. 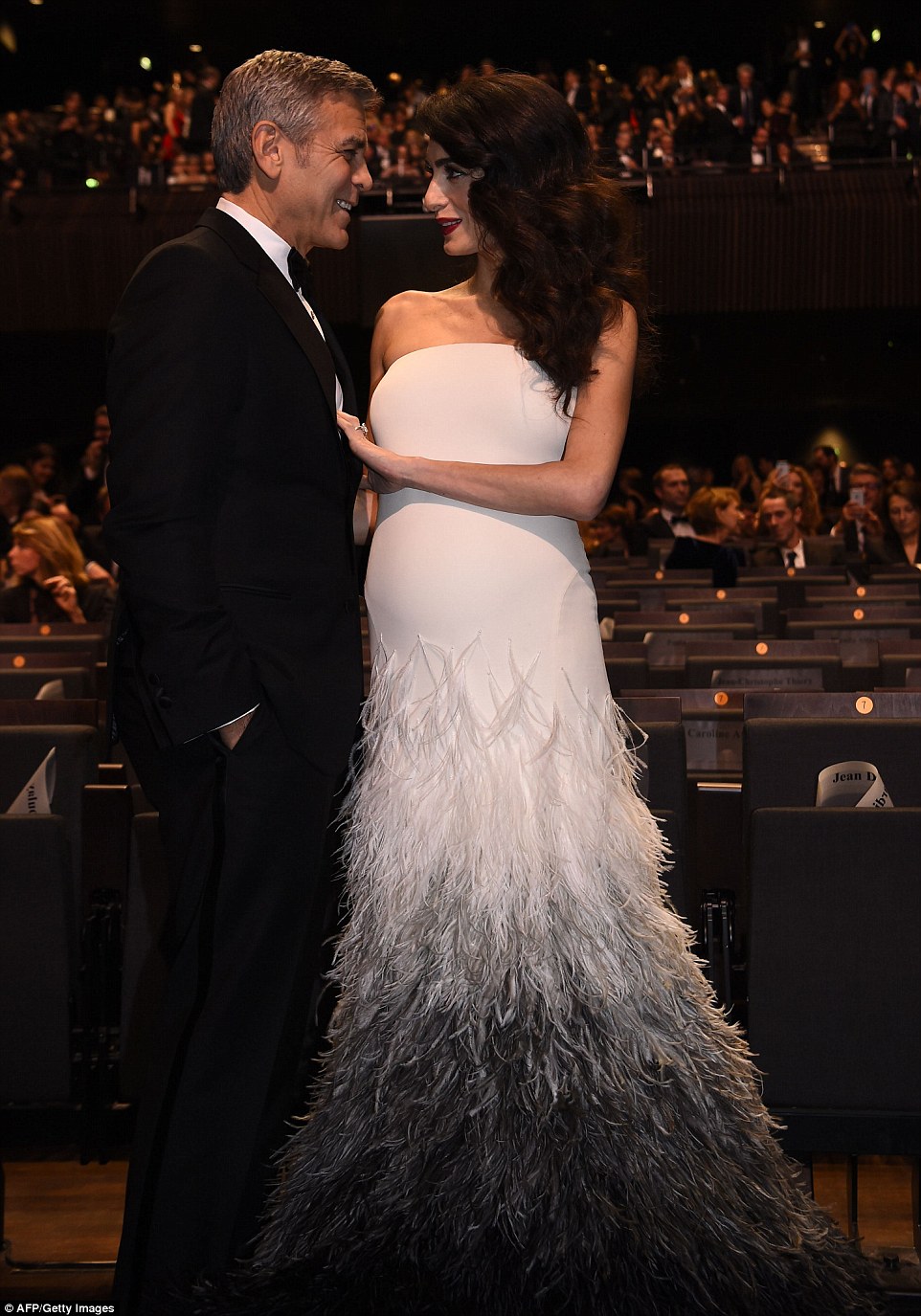 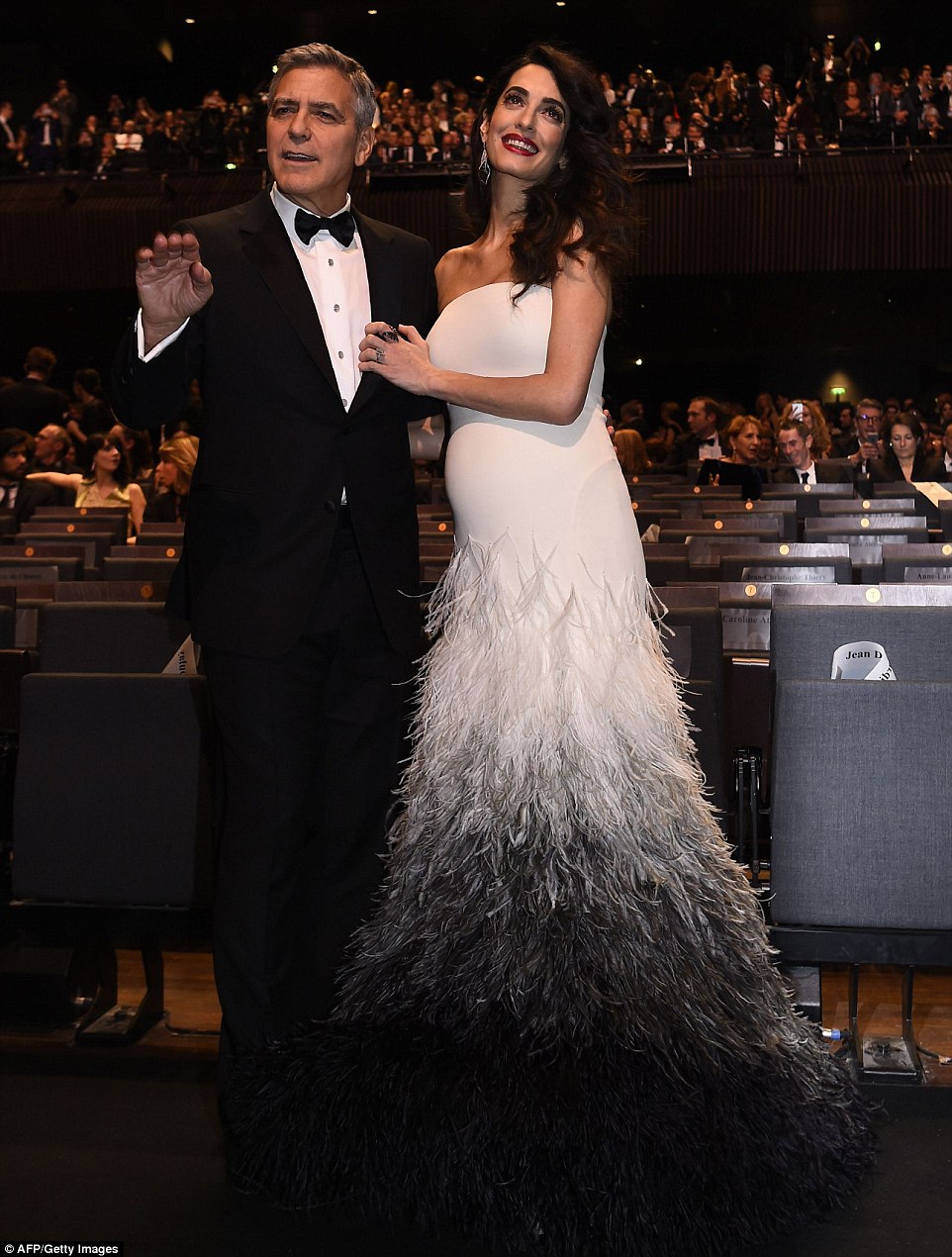 The father to be was presented with an honorary award at the 42nd annual Cesar ceremony in Paris, George hinted at the his excitement about their expanding family and praised his wife.

“To my wife Amal, there isn’t a day that goes by that I’m not proud to be your husband. And I am excited about the years to come, and particularly the months to come. I love you very much” 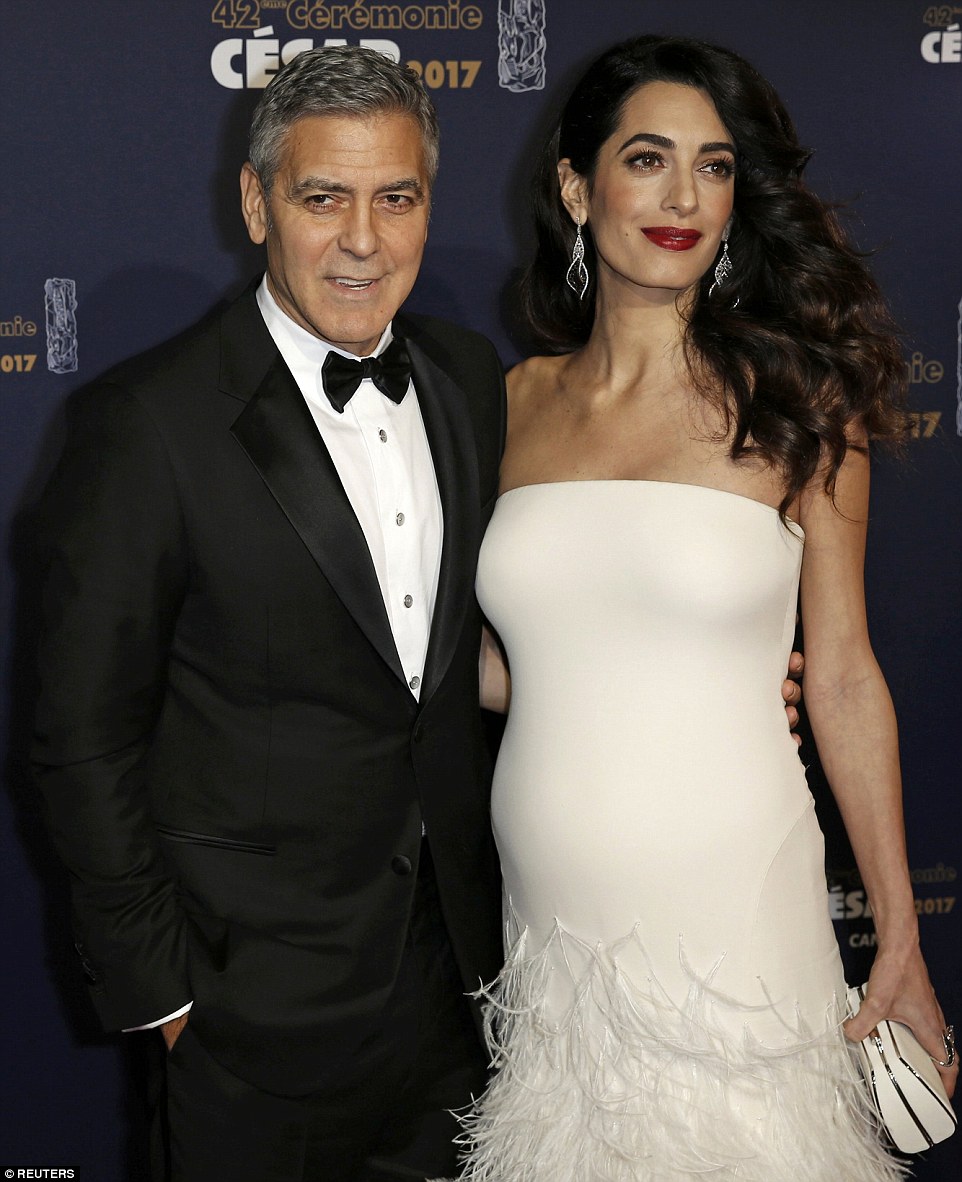 ‘Co-parenting In Peace Is A Lie’ – Dancer, Korra Obidi Laments Over Her Ex-Husband’s Recent Moves To Frustrate Her 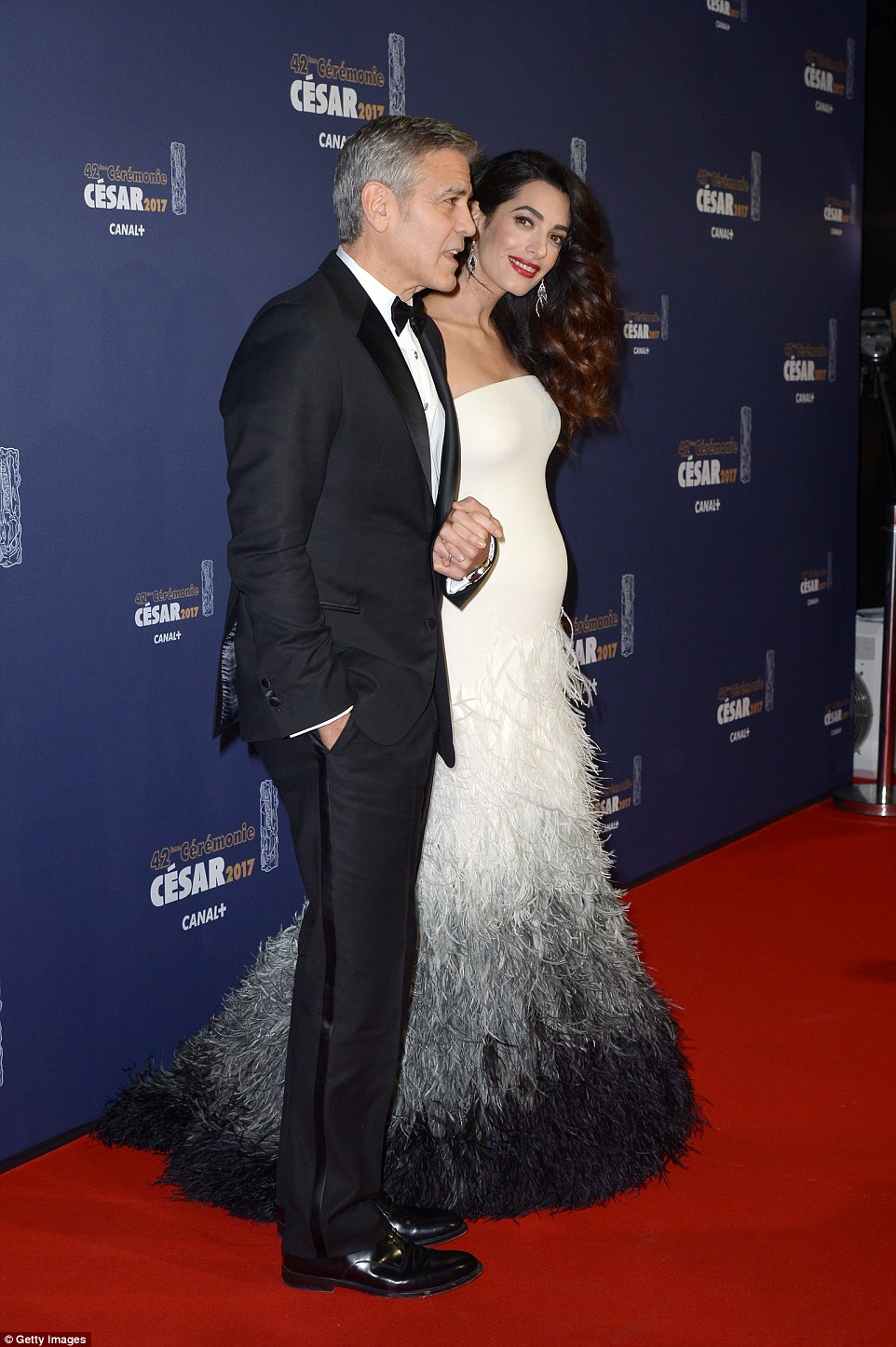