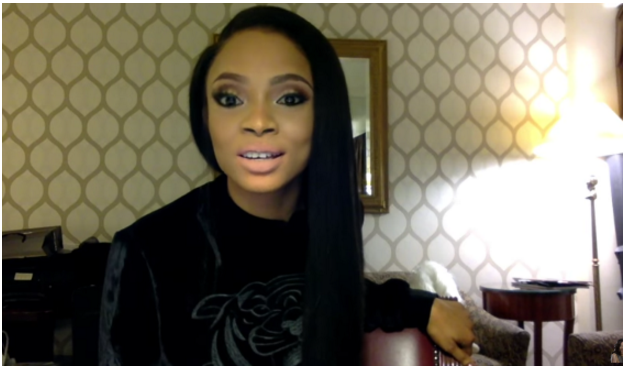 It is no longer news that Radio personality Toke Makinwa, is being sued by ex-hubby Maje Ayida, over her book ‘On Becoming’ which Ayida, called Libelous. You will recall that Ayida, hired foreign lawyers to attend to the case (read here) Meanwhile many have been longing for  Makinwa’s reaction to the issue.

Makinwa, who has been touring various countries promoting her new book finally addressed the issue in her new vlog titled ‘Daddy Issues’.  The radio personality who looked relatively calm said:

“As you guys might have heard, there’s a lot going on in the news and the little that I have, let’s just hope I have it after a while. For all the people that reached out to me, my lawyers are on it, I don’t think you have anything to worry about, that’s all I’ll say.”